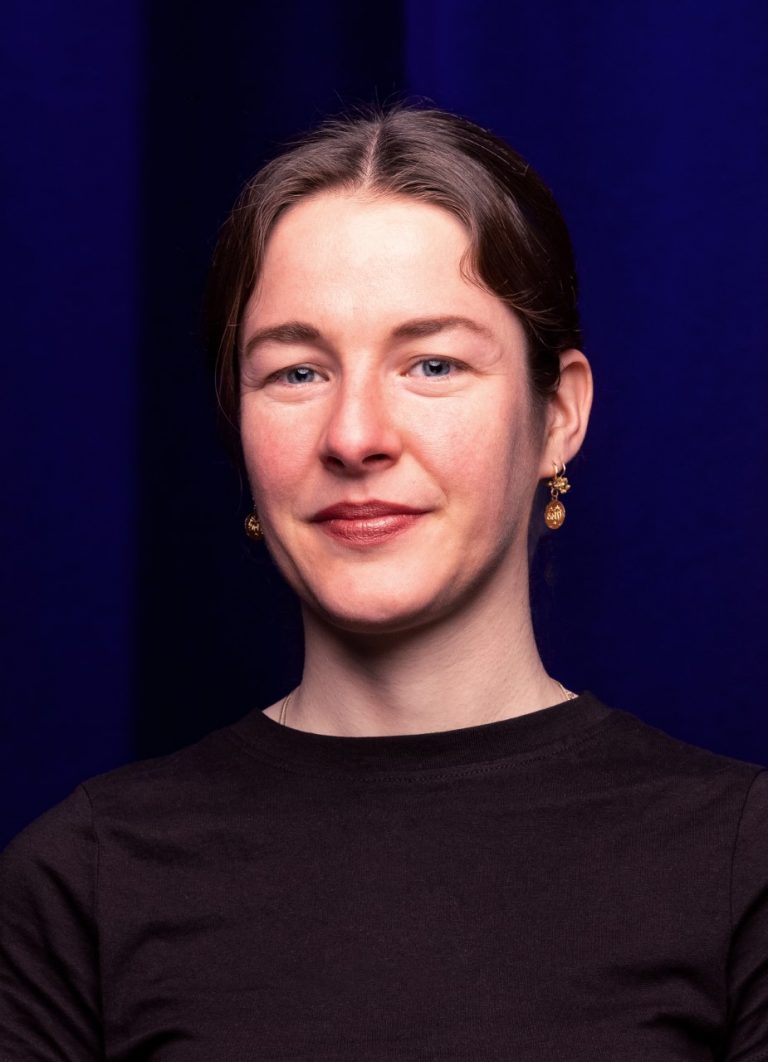 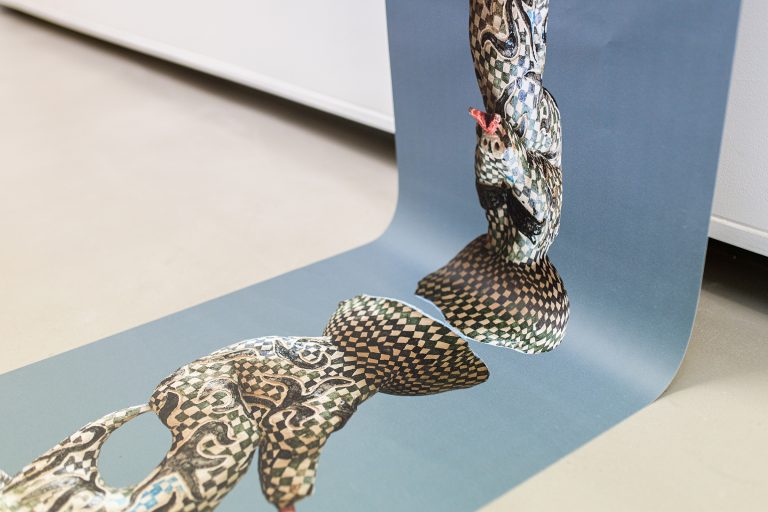 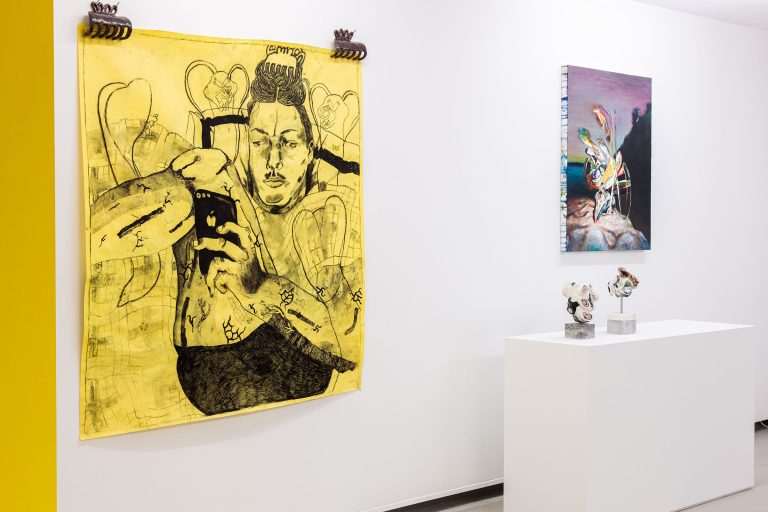 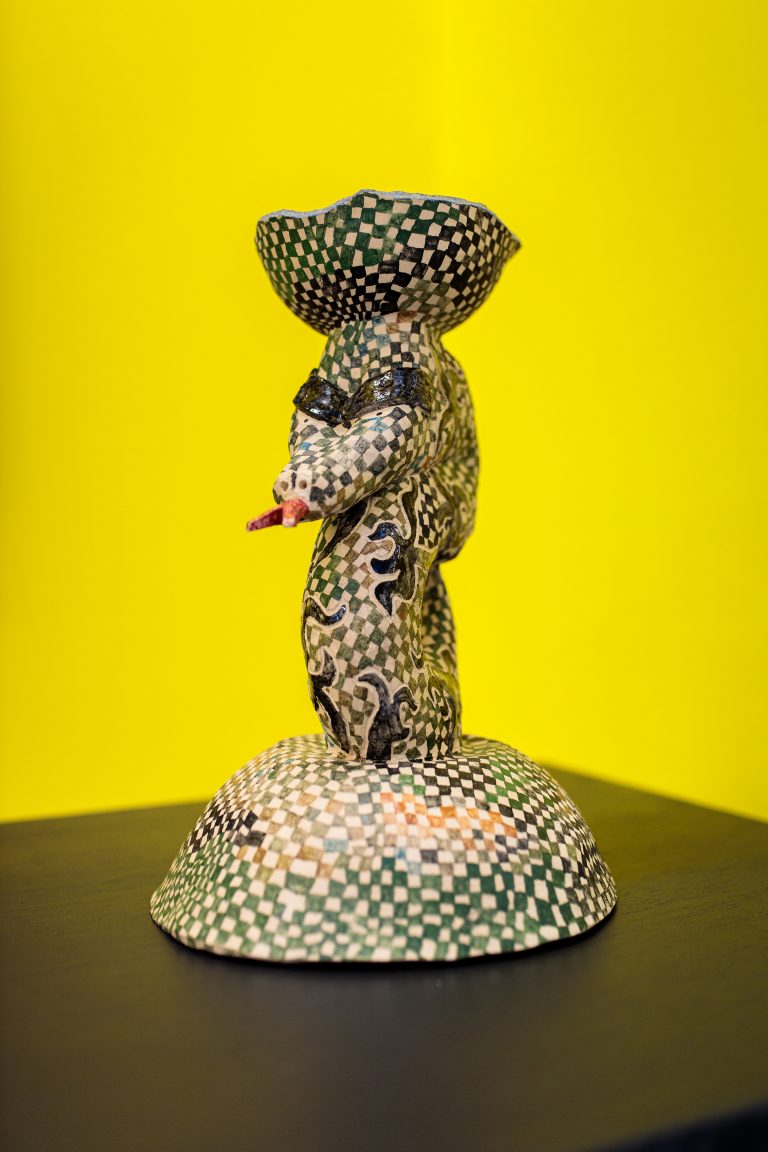 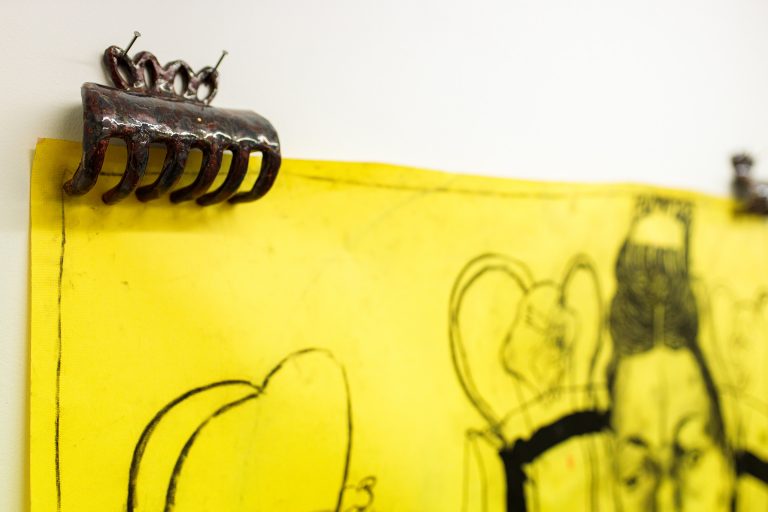 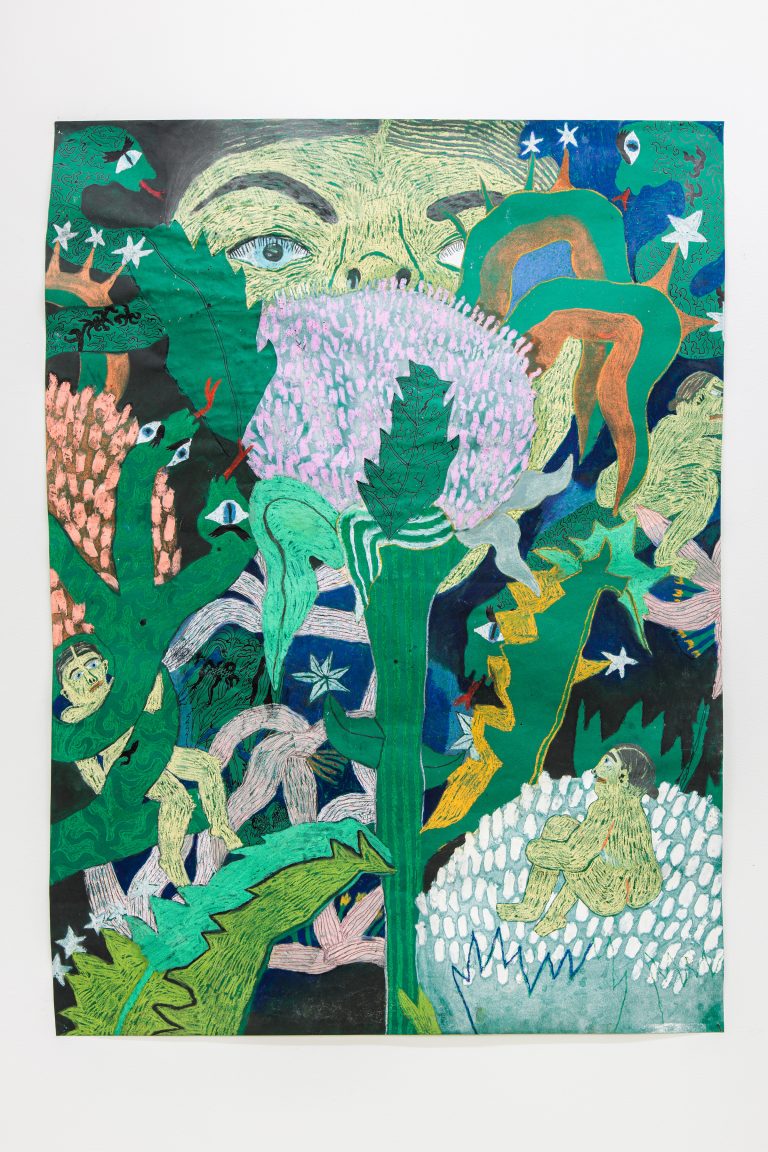 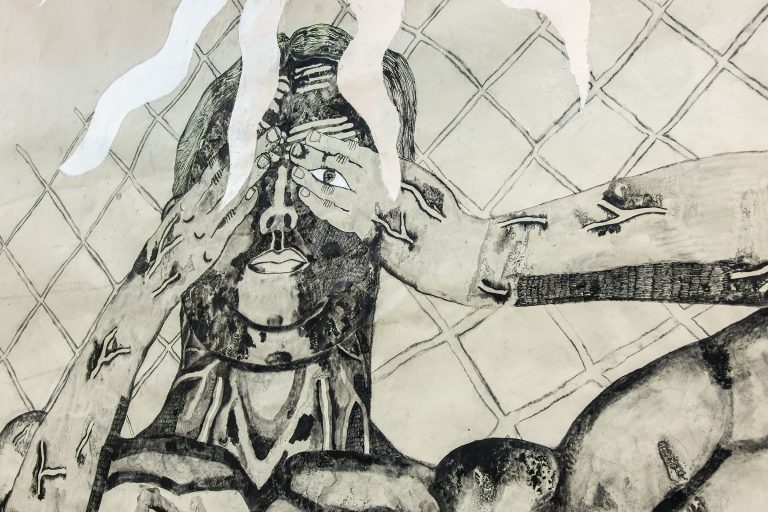 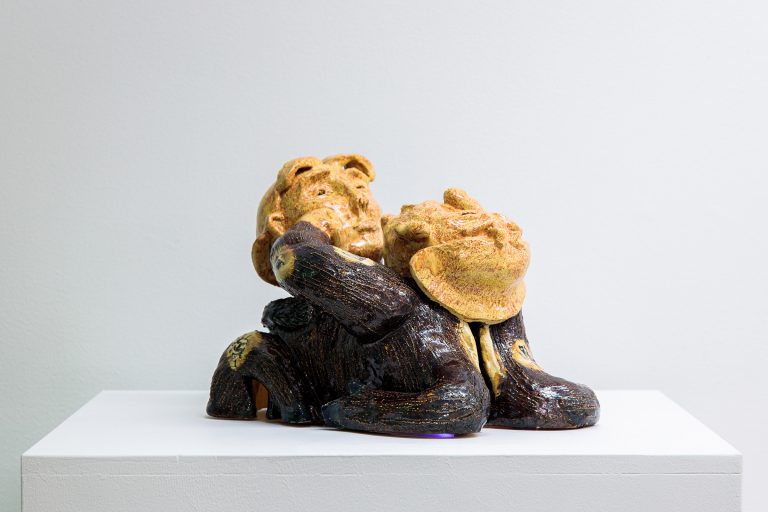 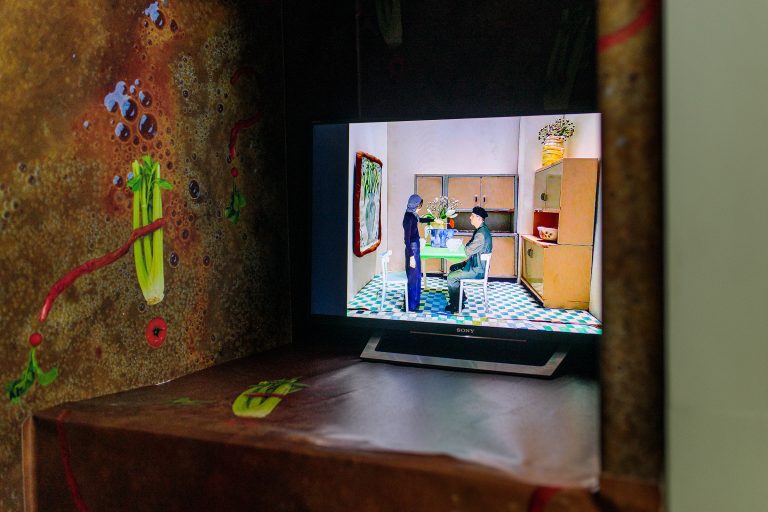 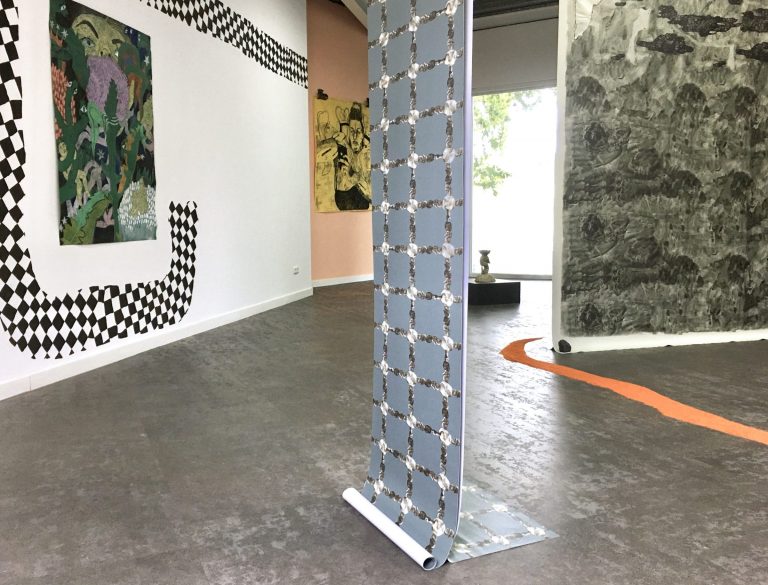 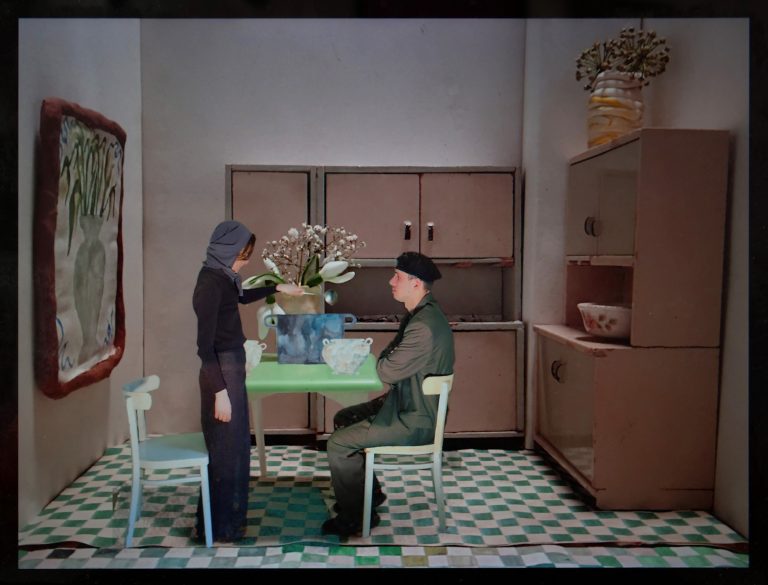 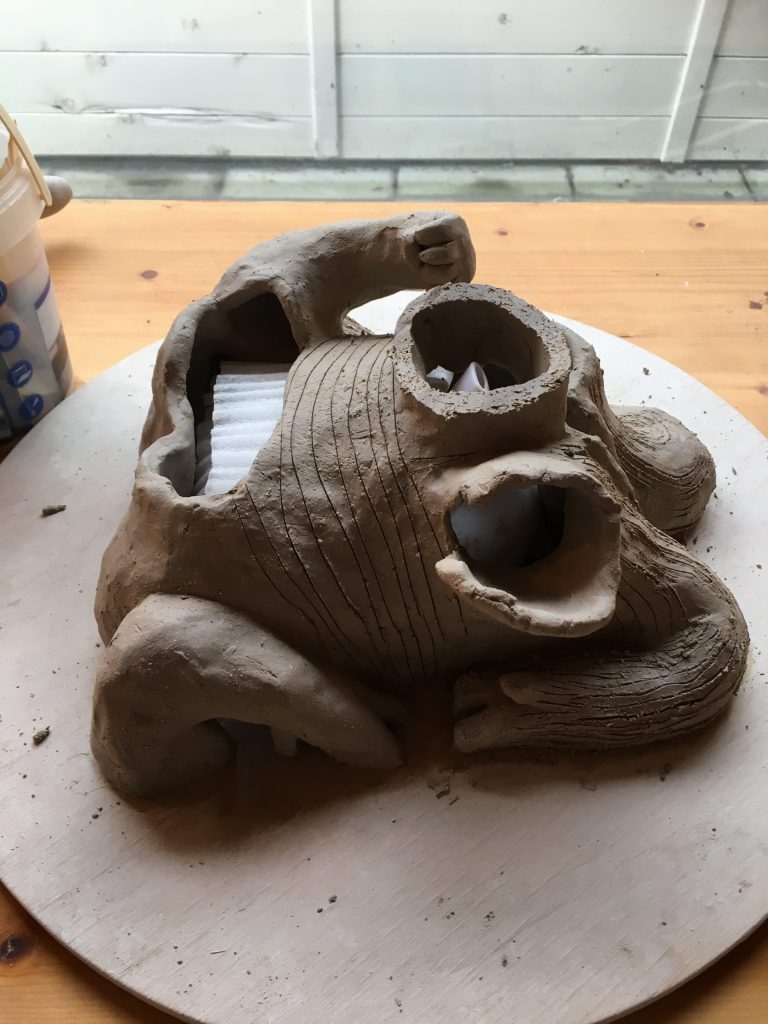 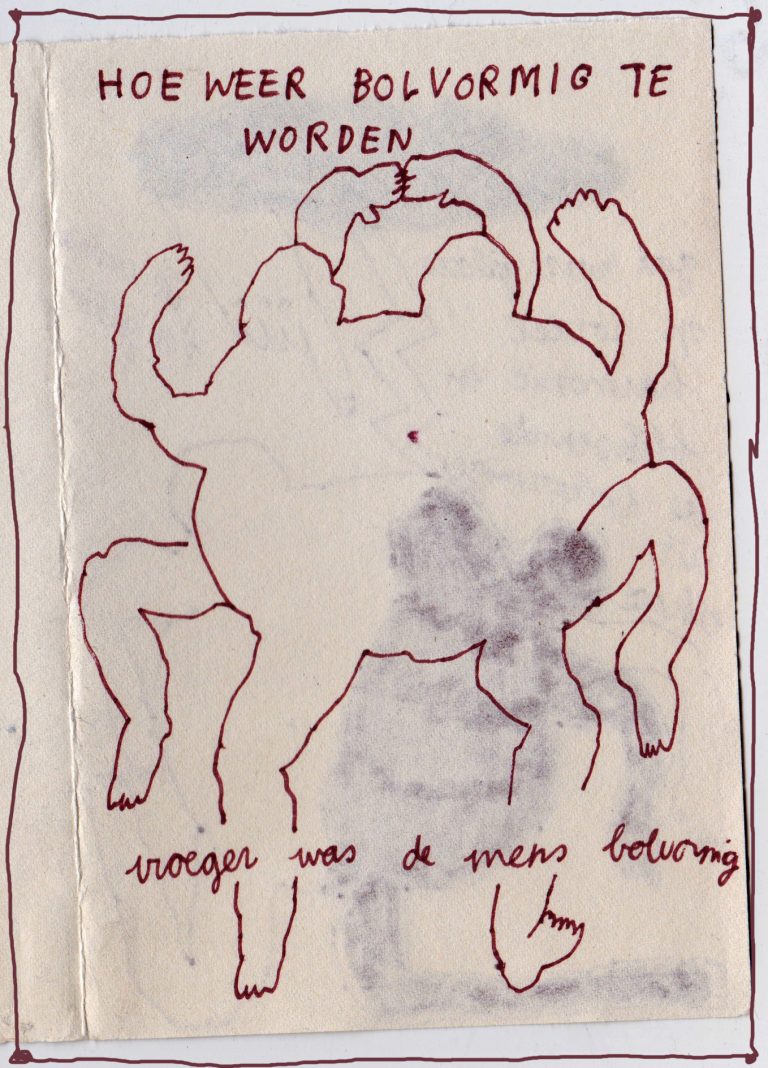 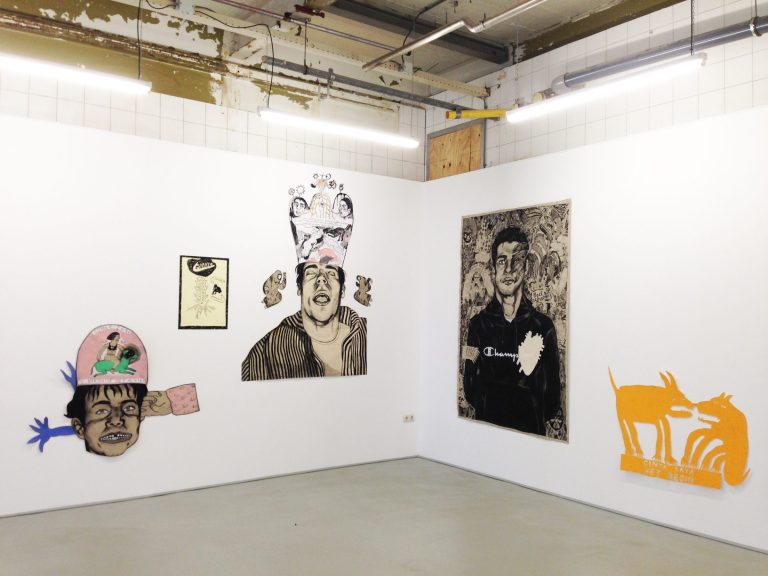 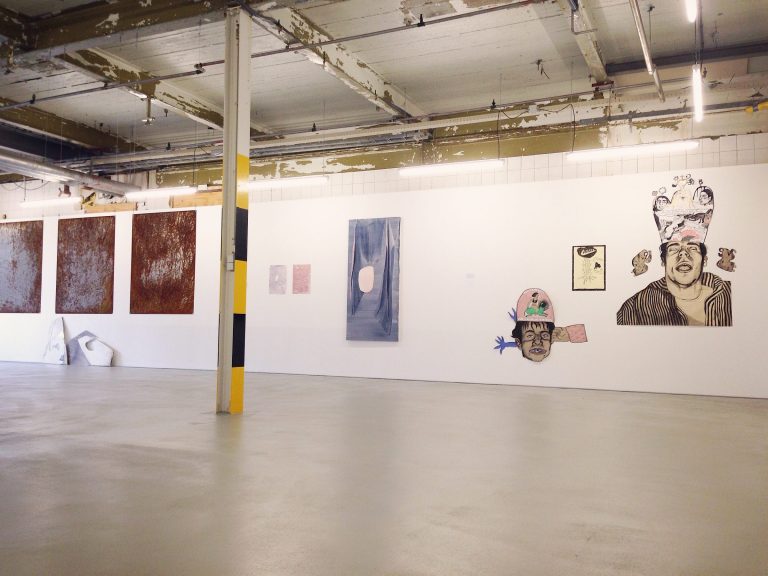 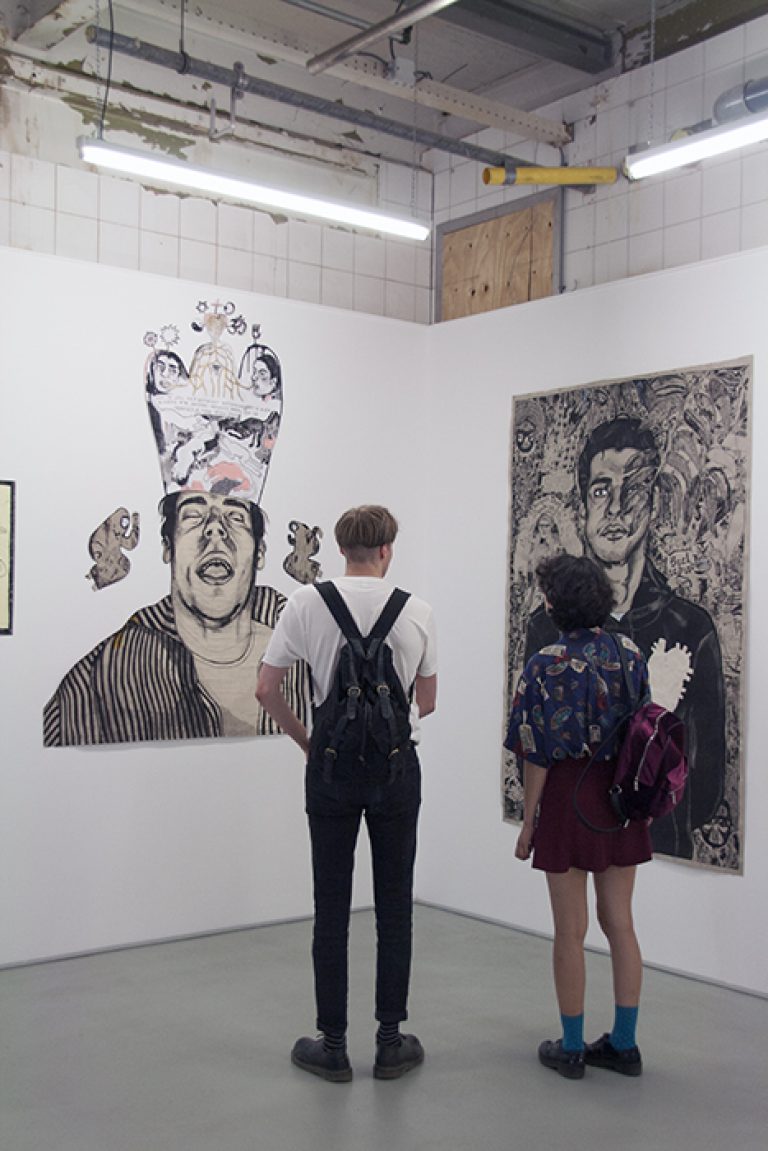 Capricious thistles blossom into large, attractive flowers in the end, but prior to that they seem to branch into dangerous snakes. This is the Garden of Eden, where temptation lies in wait. Esmay Groot Koerkamp (b. 1993, Deventer NL) links that ancient theme to present-day events and personal experiences. ‘I compare the Garden of Eden to the maternal and paternal bond, and being led by what others want or expect from you. The moment you break free of that and take your first steps outside paradise, it seems like you have to relearn how to walk.’

In a sequence of figures familiar from human evolution, we see Esmay in a variety of postures – not a linear development from bent to upright, but a series of floundering advances and setbacks. Outside paradise, the search goes on. In other drawings, we also recognize small versions of Esmay, which stand for the choices that are to be made in life. The muscular frames of the depicted figures refer to unused or as yet unrecognized strength. We are capable of so much more than we sometimes think, yet we still allow ourselves to be seduced into taking a bite of the forbidden apple – nowadays, an Apple smart phone. Says Esmay: ‘When you’re relaxing on the couch at night, the forbidden fruit is very nearby. Put it away, and it immediately summons you again. Like whispering snakes that keep you glued to the screen.’

Whether these pictures are from her version of the Garden of Eden or from other worlds into which she categorizes her work, such as the worlds of ideas, feelings or shadows, in essence they all refer to Plato’s spherical human being. ‘The search for our other half, with whom we originally were one. Four arms and four legs, two heads. A body that keeps itself in balance, just like the inner life of the spherical being. I like the idea that we all can be more than one person.’ Finding that other half is not so simple, however, as a video shows. We see Esmay having a date in a dollhouse-like kitchen. Alphabet noodles in the soup reveal a difference in communication or commitment, while the little spiders crawling around represent discomfort. Sound familiar? ‘The themes in my work are common to all times and to everyone. Just like my medium, drawing.’

Esmay Groot Koerkamp, born in 1993 in Deventer, The Netherlands, currently works and lives in Deventer. In 2016 she graduated from the AKI ArteZ University of the Arts in Enschede. Since then she has exhibited in several art institutions in The Netherlands and Germany, amongst others Galerie Ron Mandos in Amsterdam, WOW Amsterdam, Musikbrauerei in Berlin, Galerie with Tjalling in Groningen and Roodkapje in Rotterdam.

Esmay has received the Fiep Westendorp Stimuleringsprijs in 2017, and has been supported by the Provence of Overijssel with the ‘Nieuwe Makers Regeling’. In 2020 she received the ‘Werkbijdrage Jong Talent’ from the Mondriaan Fund. Her work is included in the KPMG art collection.