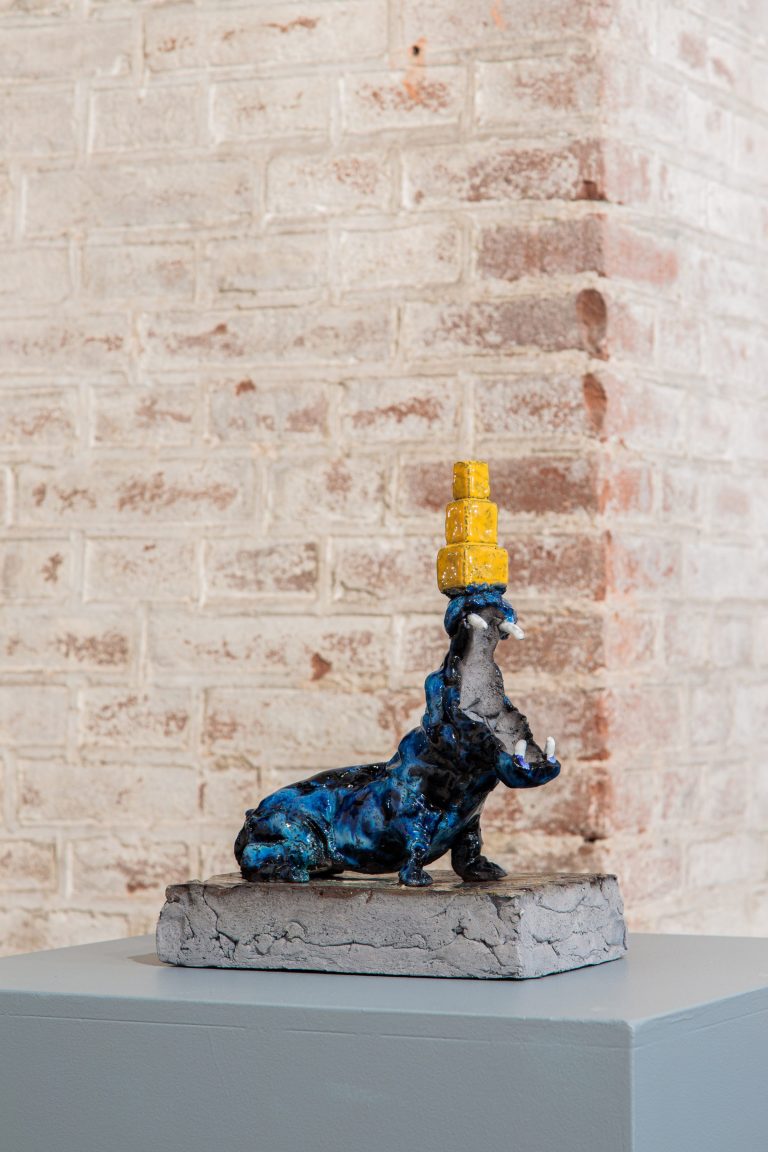 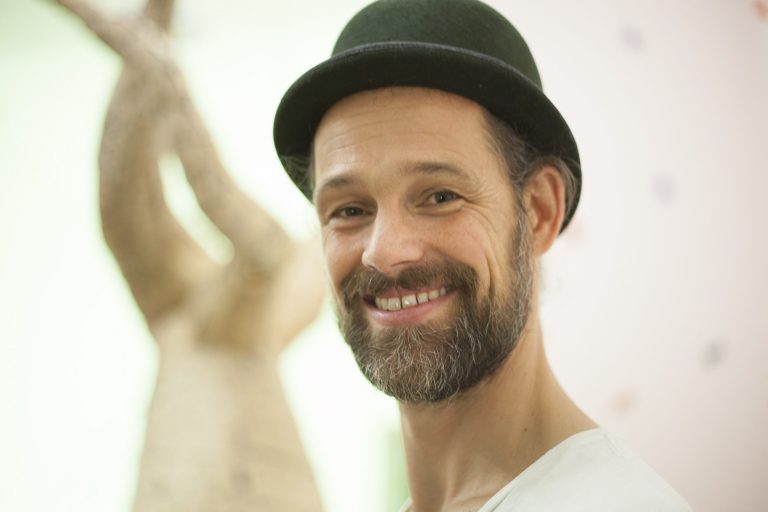 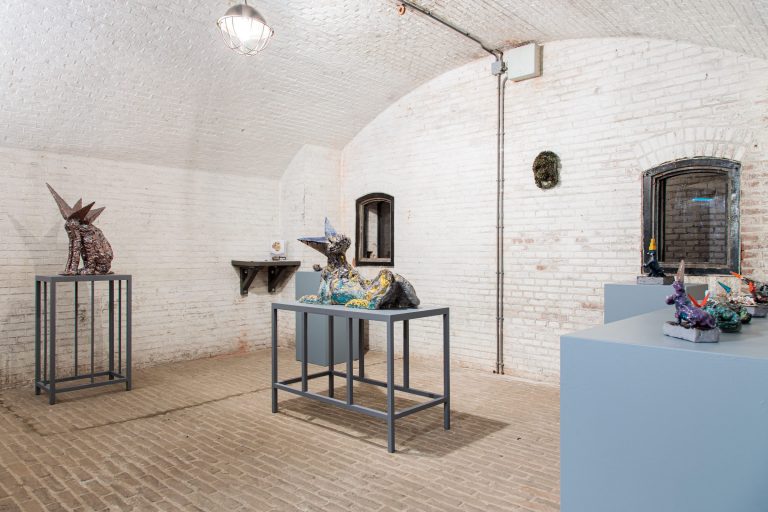 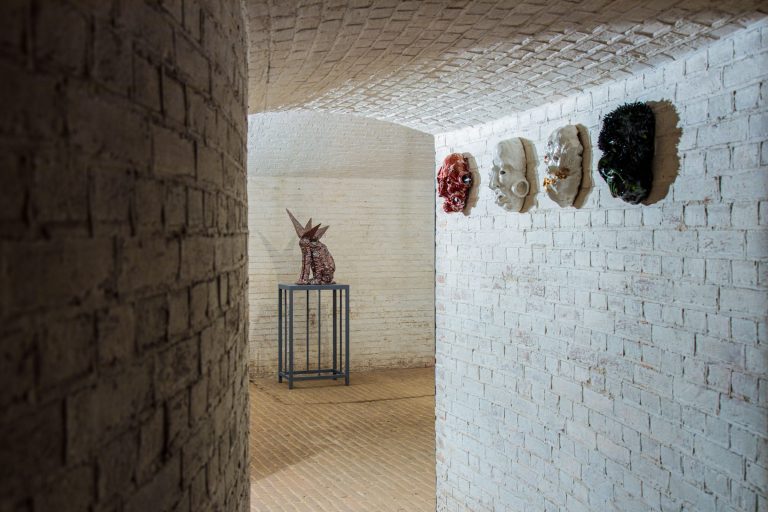 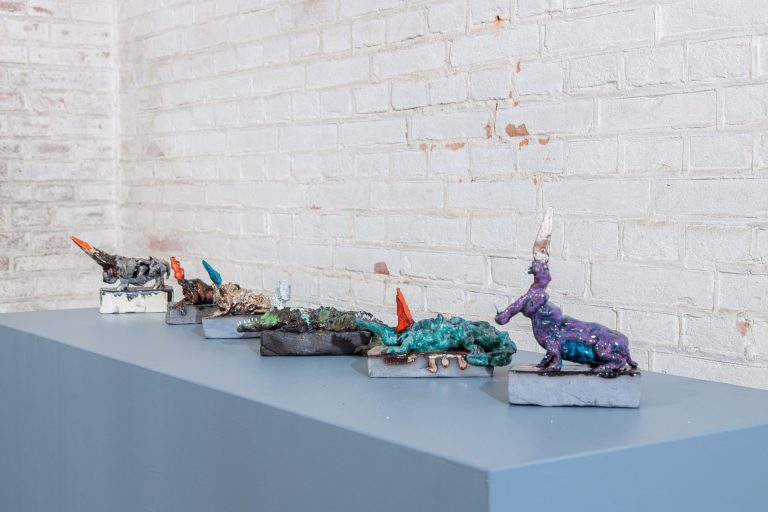 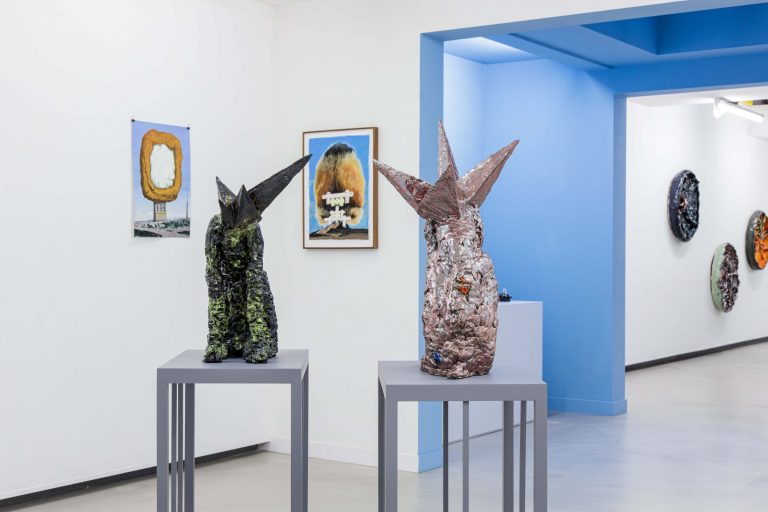 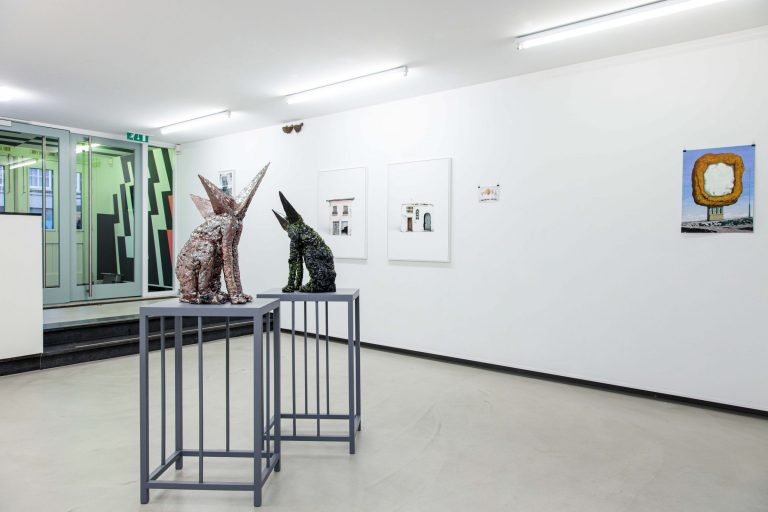 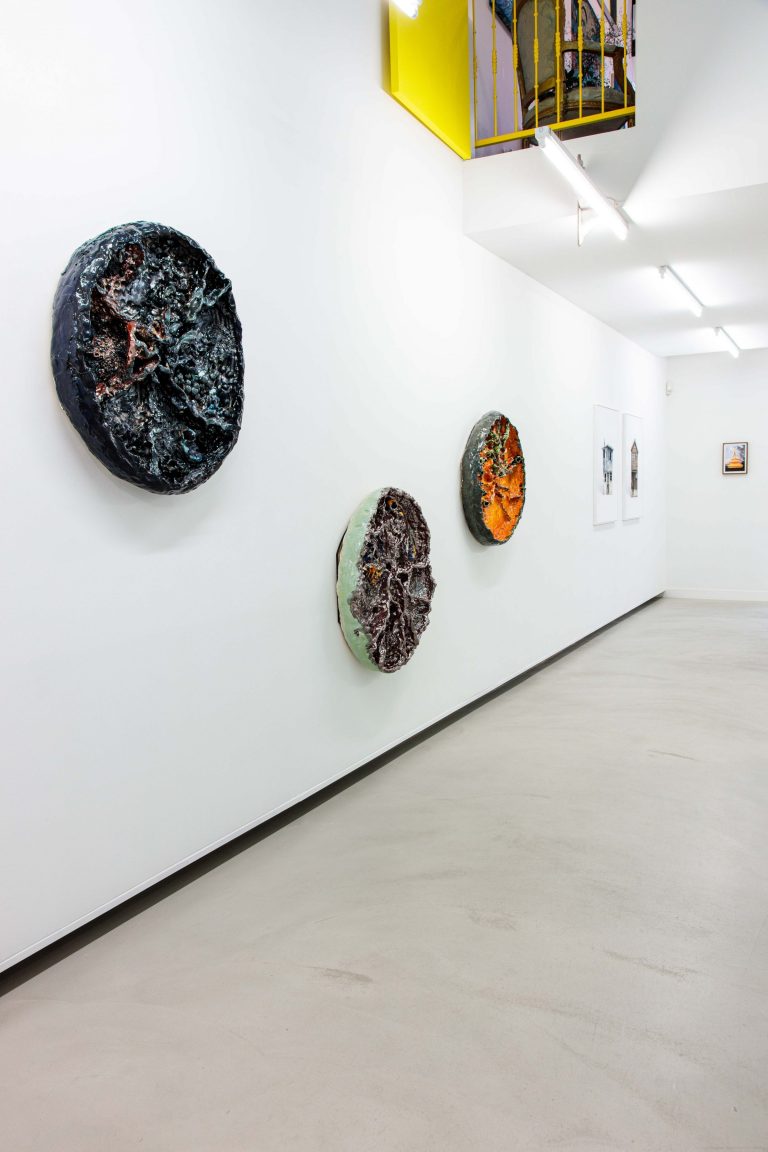 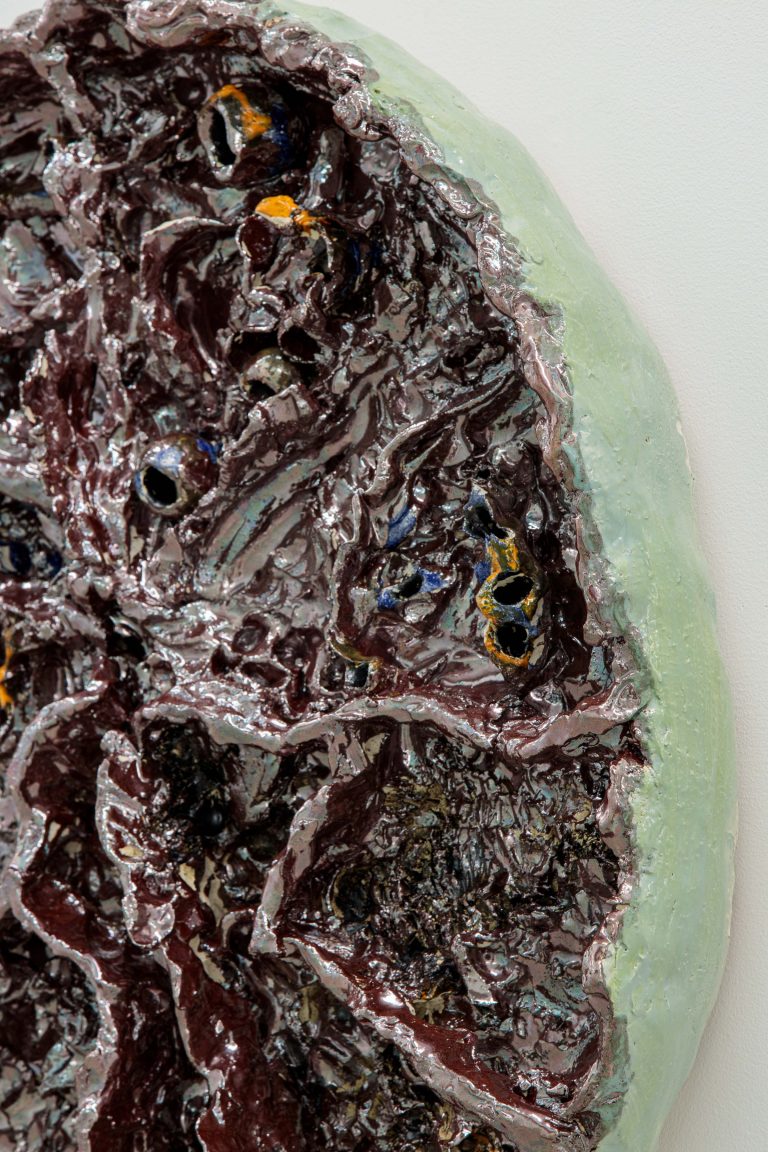 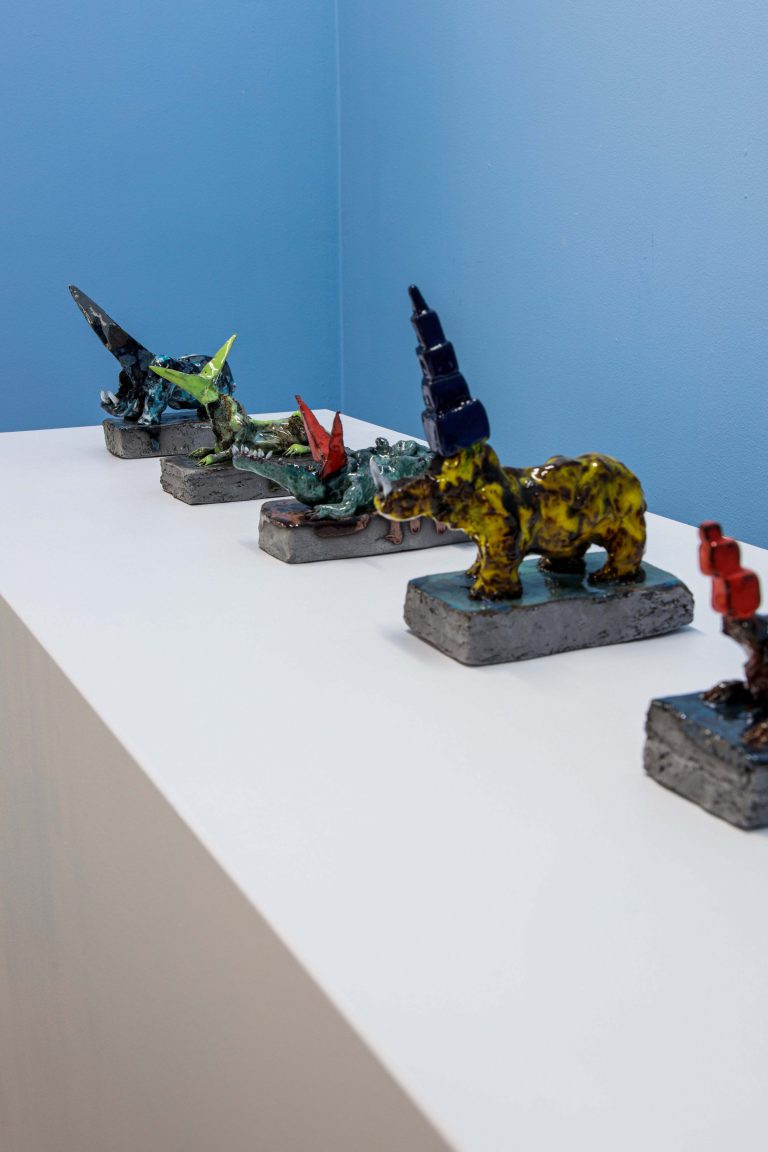 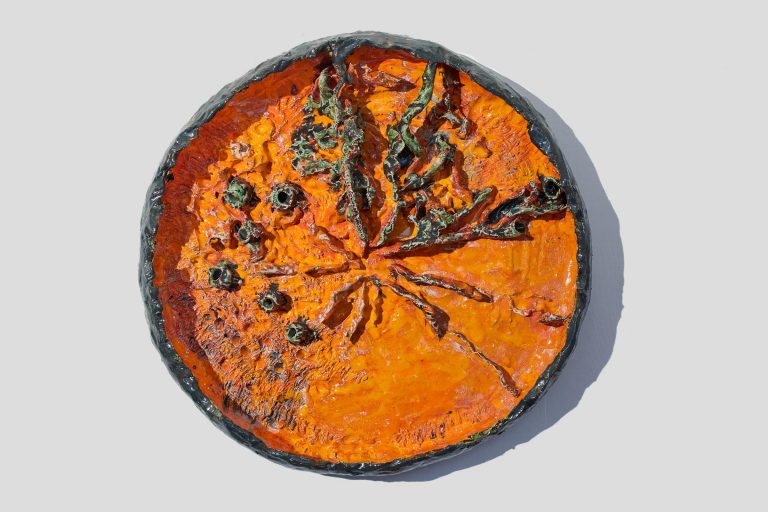 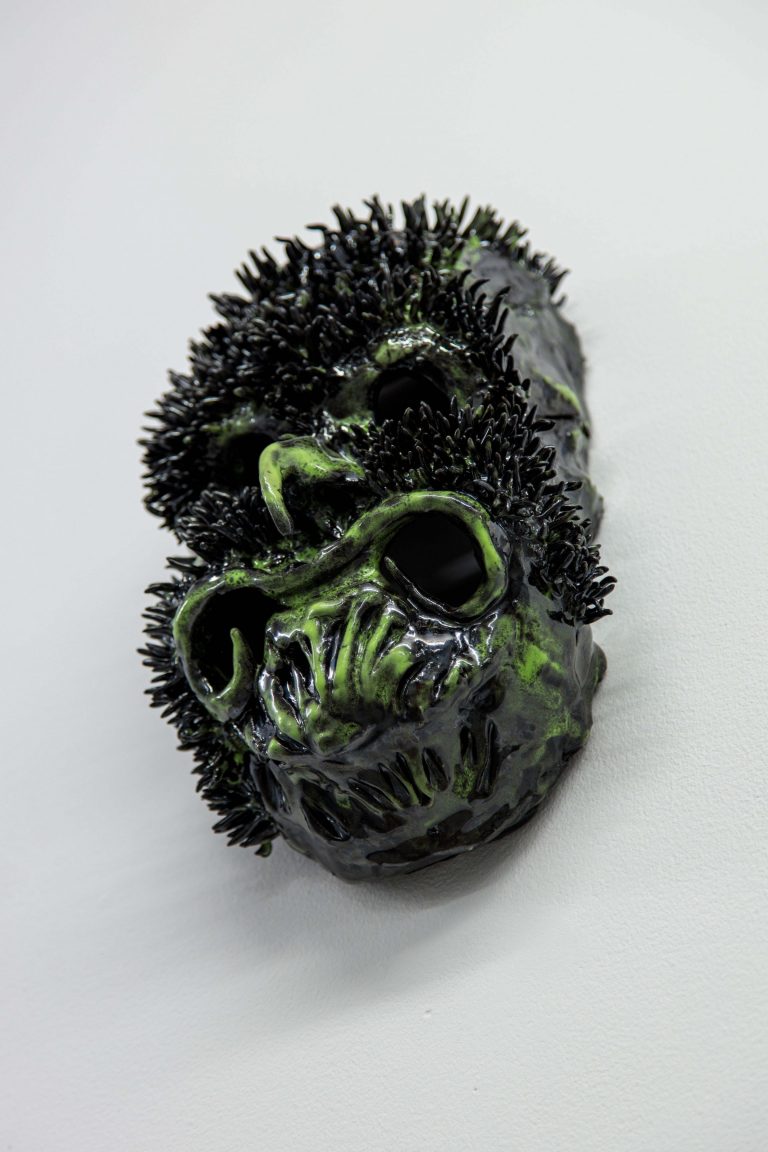 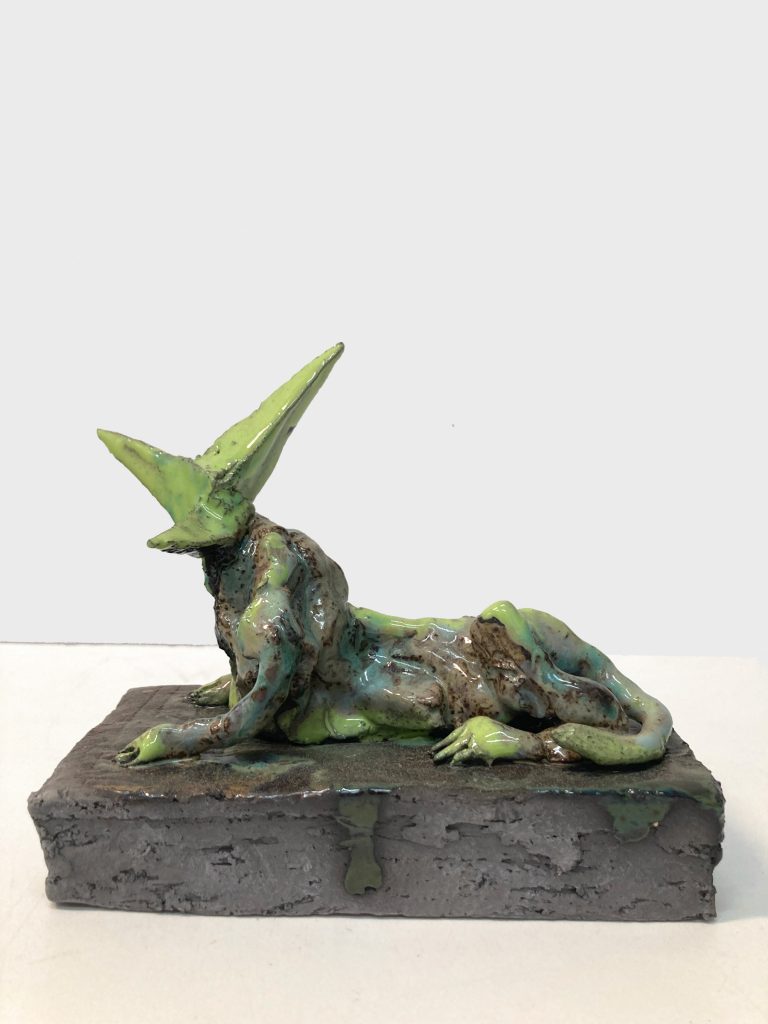 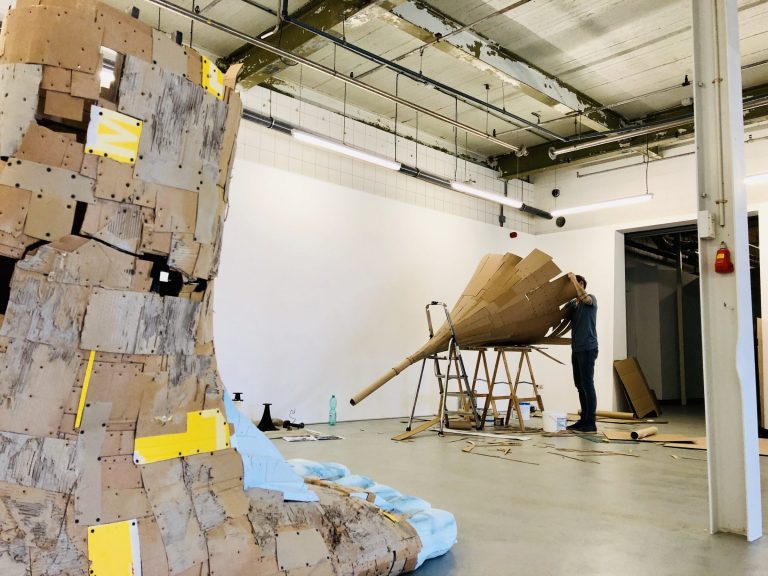 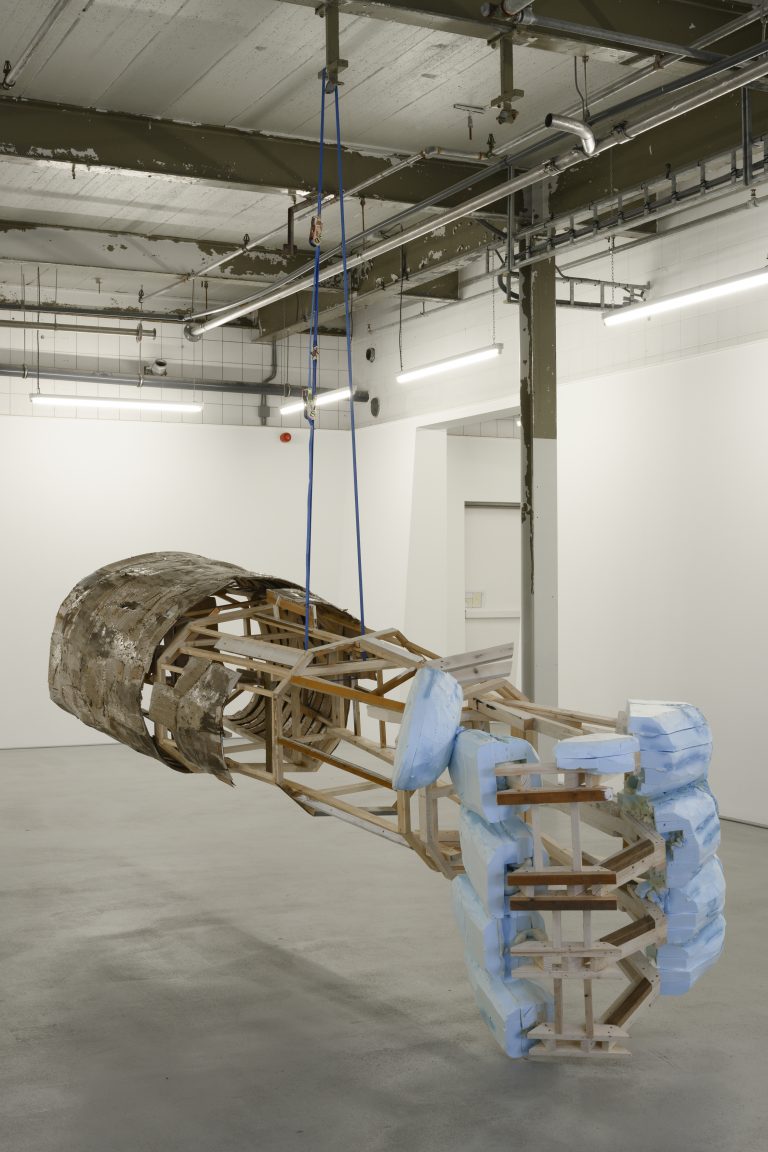 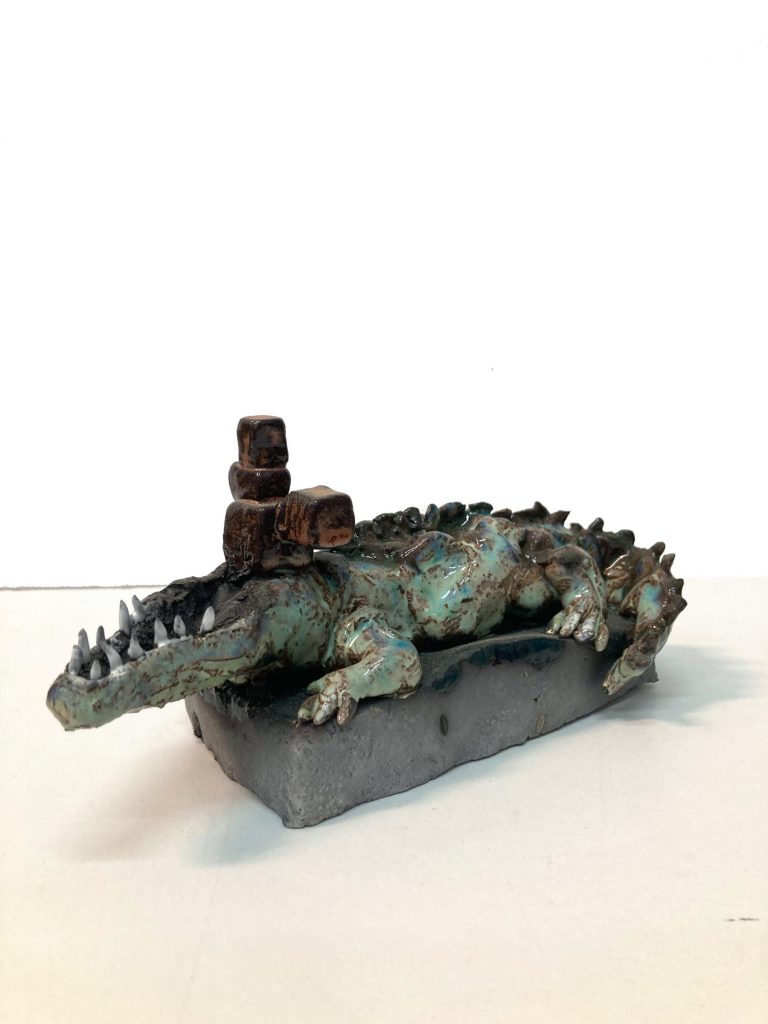 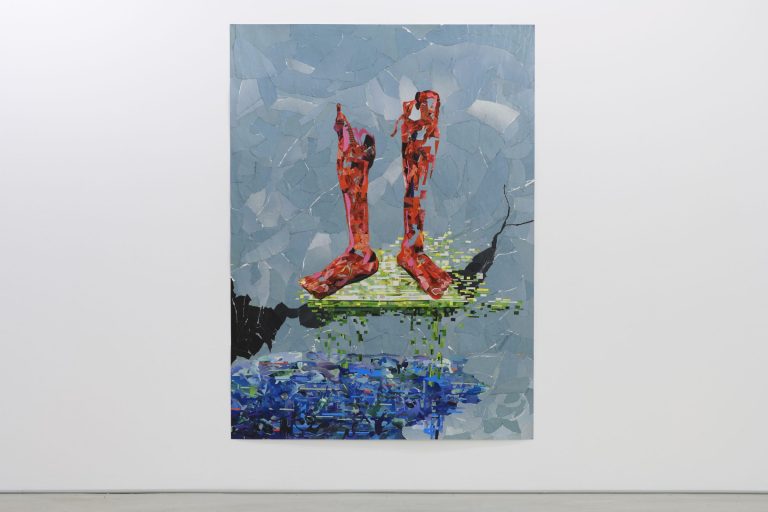 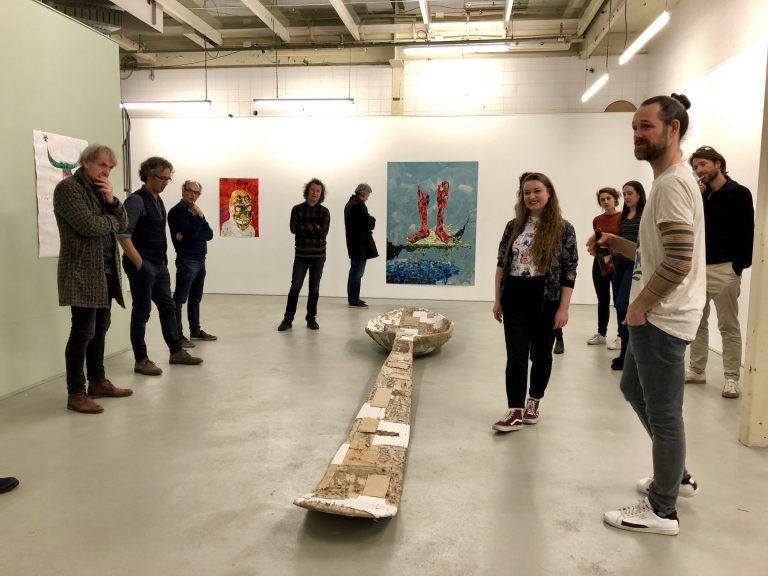 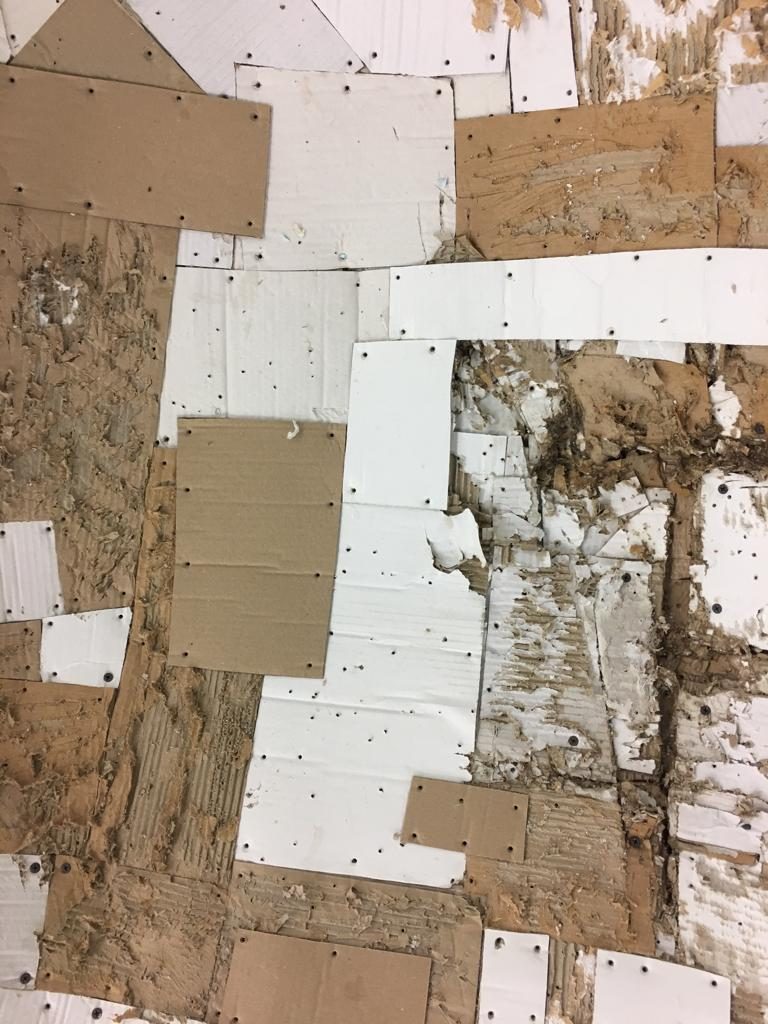 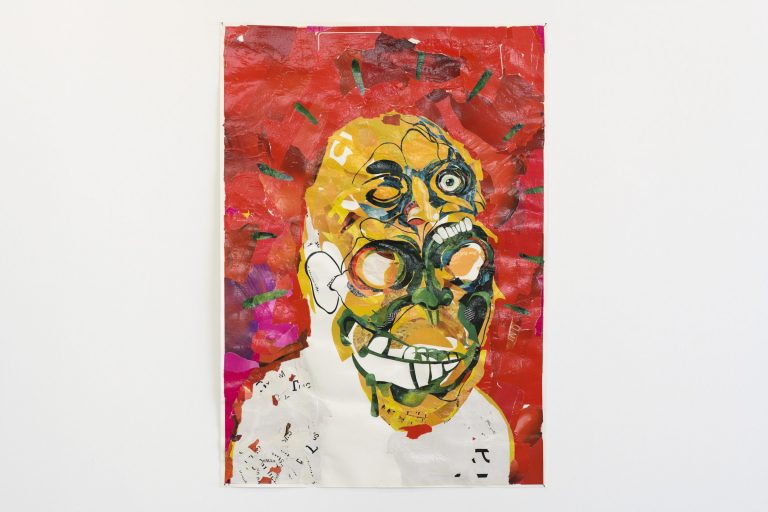 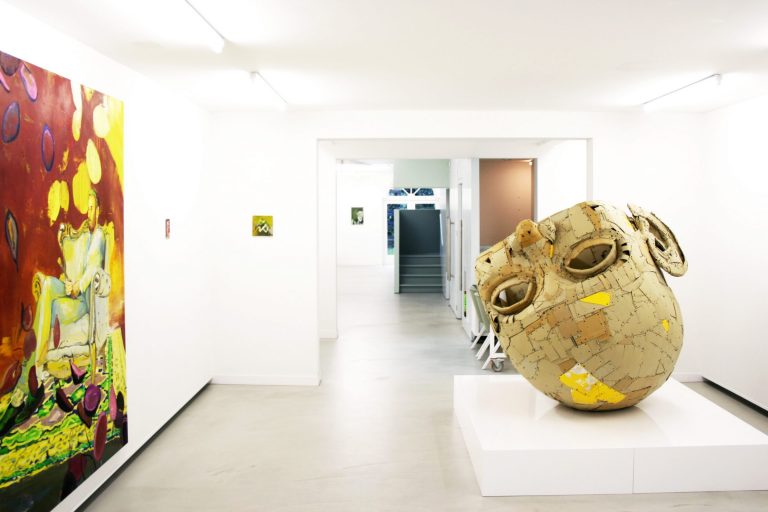 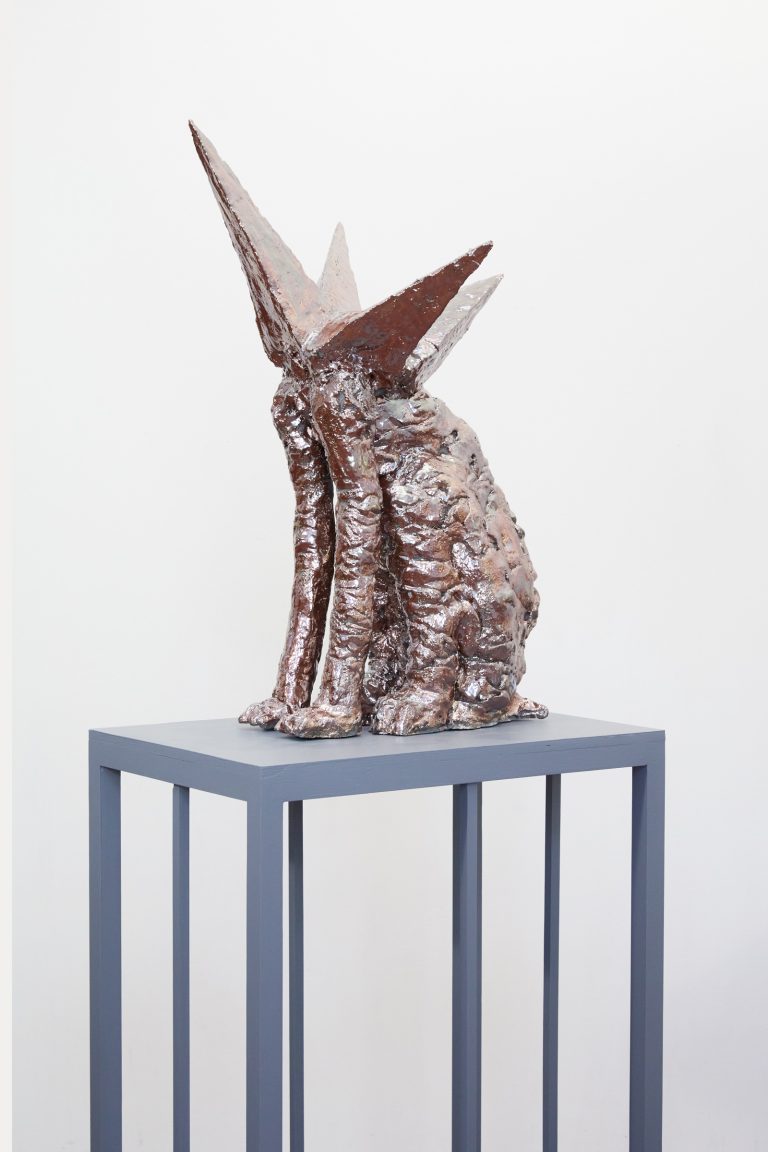 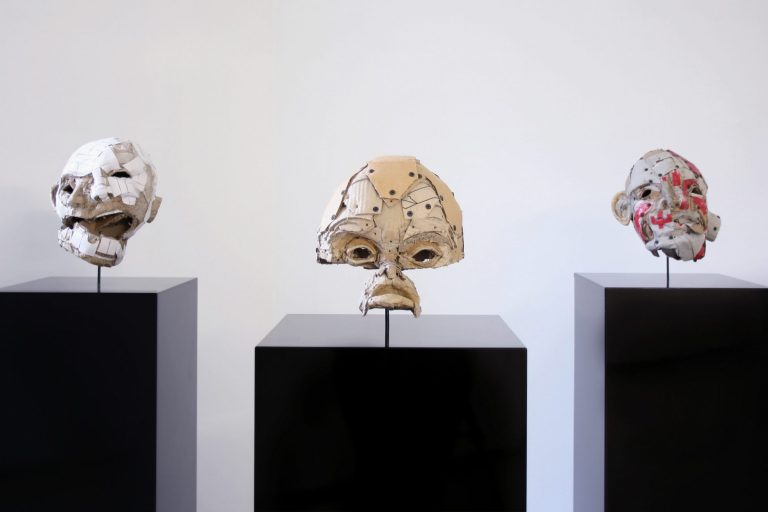 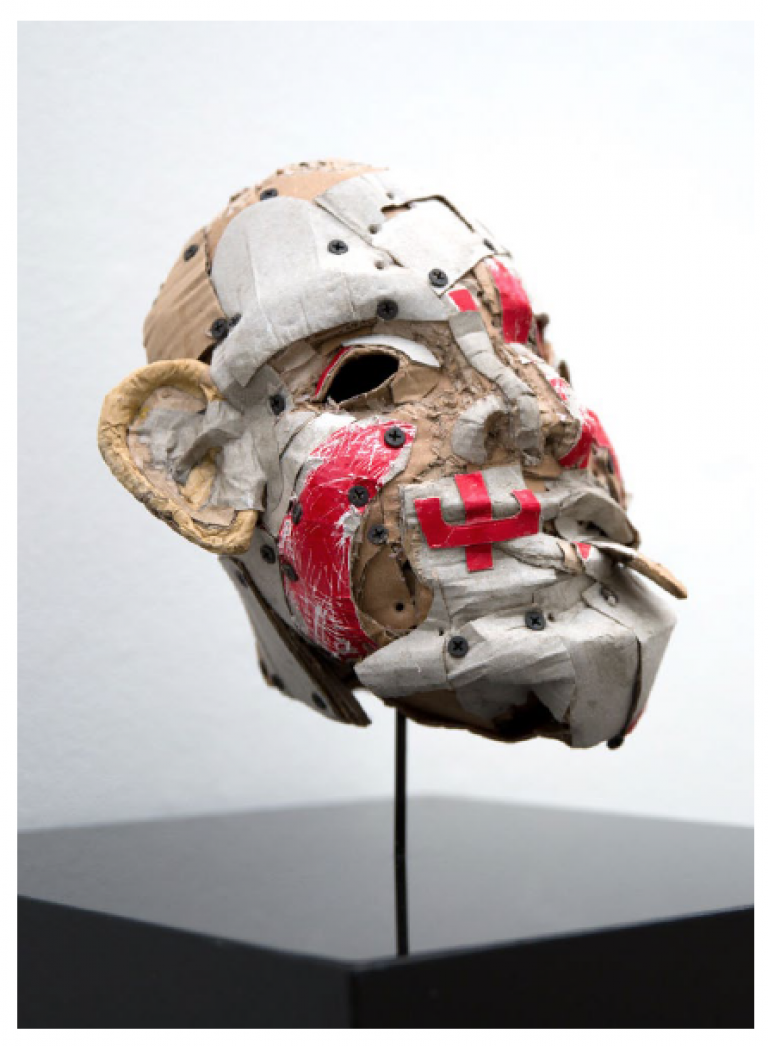 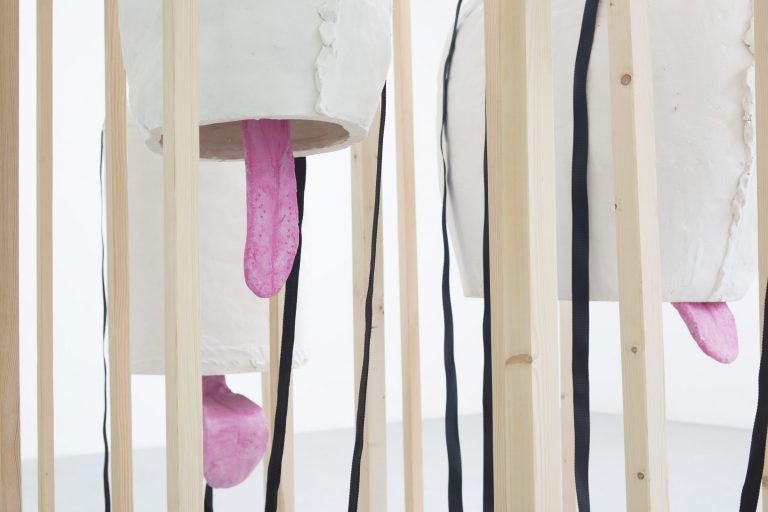 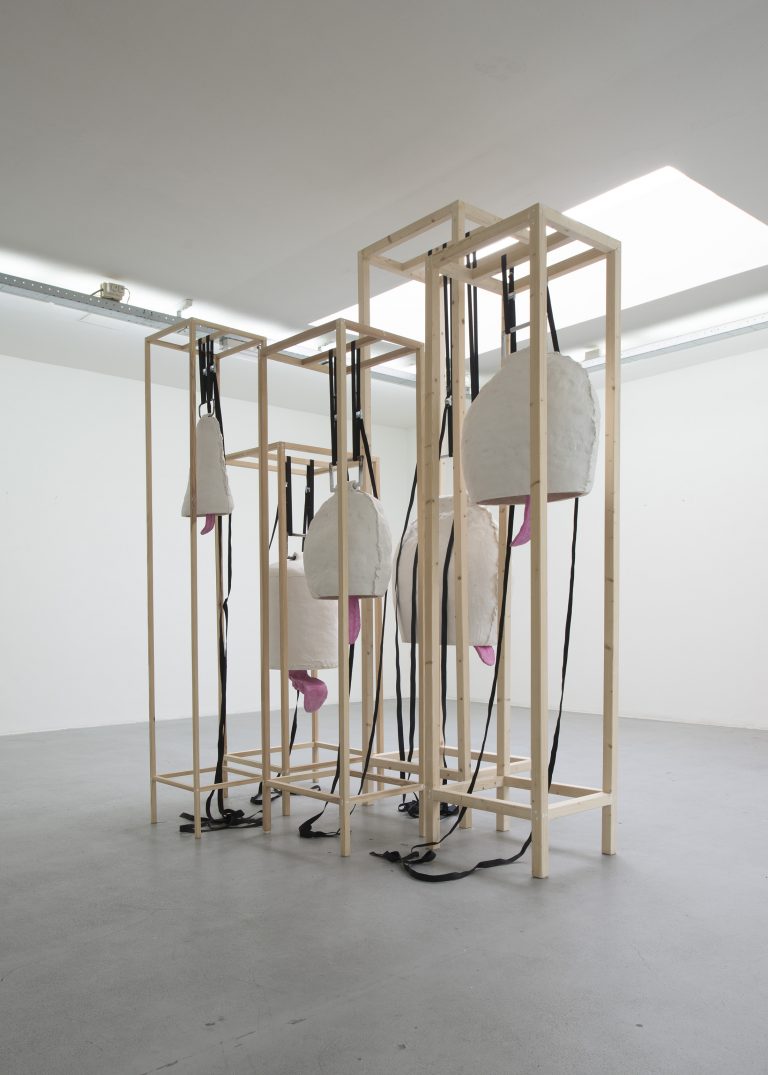 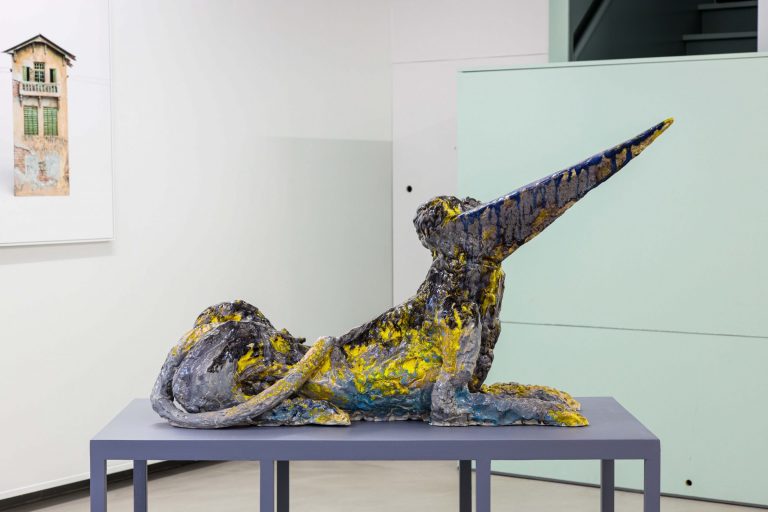 Without exception, the works by Jeroen Cremers, (formerly known as Jerry Kowalsky,) have a dystopian air about them. Various different influences converge in his artworks to form a new worldview in which modernist stylistic influences effortlessly merge with the history of ancient Egypt or other civilisations of antiquity. His artwork used to show enlarged body parts and utensils in cardboard, a kind of ‘wonderland’, as the artist calls it. After many years of working primarily with cardboard, he returned to an old love: ceramics. Cubes and pyramids dominate Jeroen’s new sculptures. The images are characterised by animal forms, but in the place of their heads, the artist has arranged strange stacks of geometric shapes. Shapes that point to the past, but also to elements from science fiction, such as the black monolith from the movie 2001: A Space Odyssey. A universe of strangers, abandoned objects reminiscent of remnants of ancient cultures or cartoonish worlds.

“Corona shook everything up.” Jeroen has recently viewed his dystopian works through a different lens. “My work seemed to have a prophetic aspect to it; the world changed drastically all of a sudden and that causes a lot of uncertainty.” Jeroen set aside fears of his ceramics breaking in the kiln, surrendering to fate and surprise, with unexpected distortions and structures as a result. Working with an element of uncertainty is perfectly aligned with the now so very relevant theme of Jeroen’s imagery: “They form part of a world that has been turned on its head through drastic change or unfathomable danger.”

Jeroen Cremers, born in 1972, in Reuver, NL, currently lives and works in Berlin. In 2000 Jeroen graduated with a BA from the Maastricht Academy of Fine Arts and Design. In 2001 and 2002 he received a grant from the Mondriaan Fund.

Jeroen has exhibited in various group and solo exhibitions in Spain, Germany, France, USA, South Korea, Italy, Macedonia and The Netherlands. His solo exhibitions include ‘The straw that broke the camel’s back’ at Odapark in Venray in 2018, ‘Events close to crisispoint’ at Kleiner Salon in Berlin in 2017 and ‘Incident at the flower shop’ at Fine and Raw Bushwick in New York in 2014. Group exhibitions include ‘Mirrors of Time’ at Castle d’Aspremont-Lynden in Oud-Rekem in 2020, ‘Schall und Rauch’ at Kommunale Galerie im Boulevard in Berlin in 2017 and ‘Cherrie tomato pony rider’ at Atelier Néerlandais in Paris in 2015.

Galerie Bart has been working with Jeroen since 2018, which has resulted in group exhibition Go Figure! in Amsterdam, art fair participation at Big Art 2019 and a solo project at Expo Bart Nijmegen.

End of a System

Recognition of a Demagogue