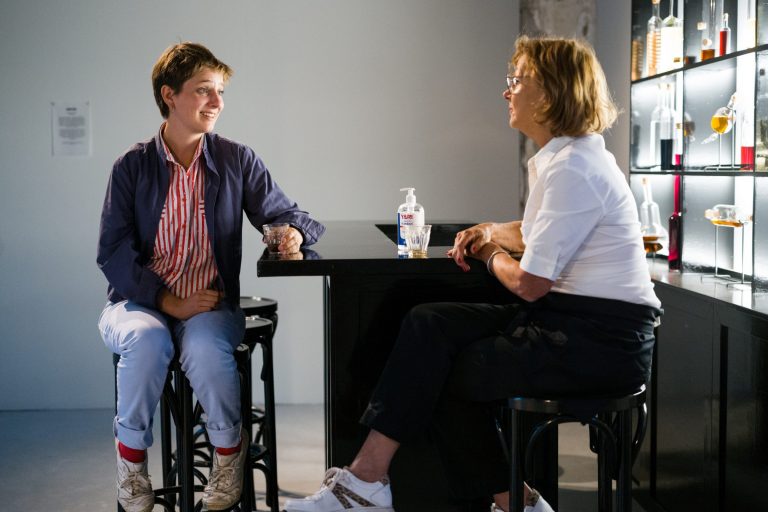 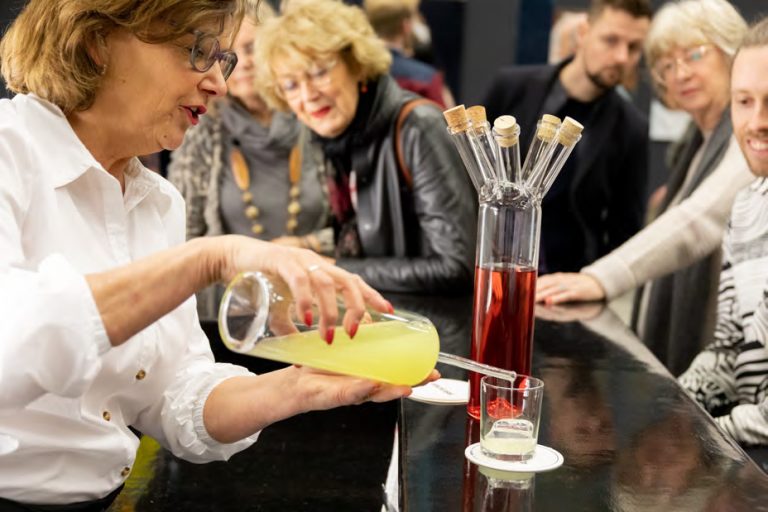 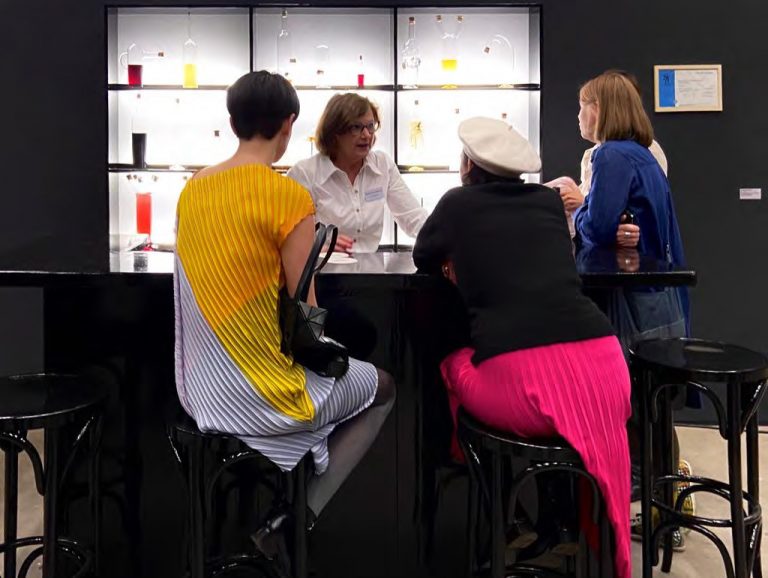 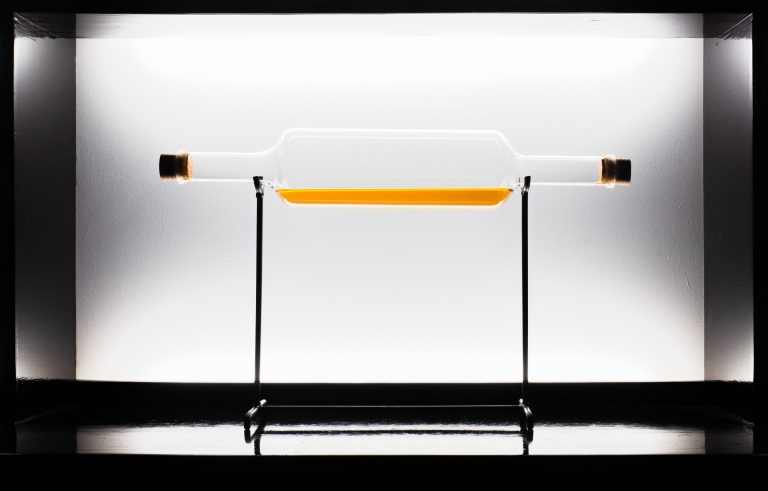 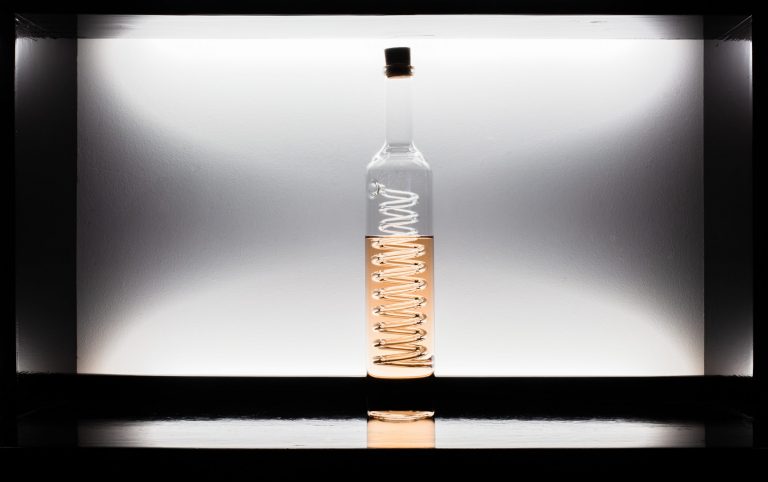 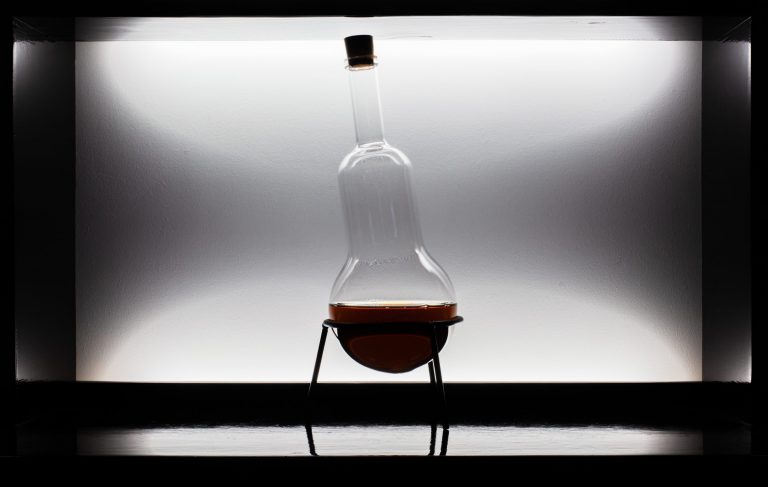 Margriet Craens is a multidisciplinary artist and writer and experiments with art, design, food and culture. In a well-intentioned, playful and possibly humorous way, she provides an alternative view of our daily world. Her works are always connected to bigger topics in life, but without getting into an abstract zone.

Margriet is introduced to the gallery in 2020 with the performance piece Bar no. 5. Bar no. 5 is the fifth black lacquered bar she has built so far.  The visitor can sit down on a bar stool at the black lacquered, shiny bar and talk to the bartender. Through short personal sessions based on the Social Hygiene course, which the artist has also completed herself, the guest can not only discuss issues that are bothering her or him, but also solve them together with the bartender. Unusual glass drink bottles are displayed in the liquor cabinet behind the bar. Each bottle will be used to support the sessions.

Margriet Craens (Eersel,1988) lives and works in Eindhoven. After studying Dutch Language and Culture (University of Amsterdam, the Netherlands) and Fine Art (Den Bosch, the Netherlands and Antwerp, Belgium) she works as an artist within the fields of art, design, writing and food.

Margriet is co-founder of experimental restaurant-projects / artspaces 70% BAR, The Fat Pony and Wall Street, where she collaborated in a team of artists, designers, cooks, and musicians. Wall Street has collaborated several times with the Van Abbe Museum, Mediamatic and the Design Academy Eindhoven.

Margriet has exhibited in the United States, Belgium, Germany, France, Switzerland, Thailand and the Netherlands. These included the following exhibitions: ‘Prospects and Concepts’ at Art Rotterdam in 2020, ‘Ridgecrest / pilot Residency for the People’ in collaboration with Onomatopee in 2019, ‘The Digital Art Market / UR Art’ in the Van Abbemuseum in Eindhoven in 2019, ‘Let’s Stick Together’ with Chamber Gallery at Art Miami Basel in 2017 and ‘Me and Chef Watson’ at Mediamatic in Amsterdam in 2017. In 2019 she received both the project contribution Cultuur Eindhoven and the Work Contribution Young Talent from the Mondriaan Fund, she also received a project contribution Culture in Eindhoven in 2017 and a Voucher from the Stimuleringsfonds in 2016.