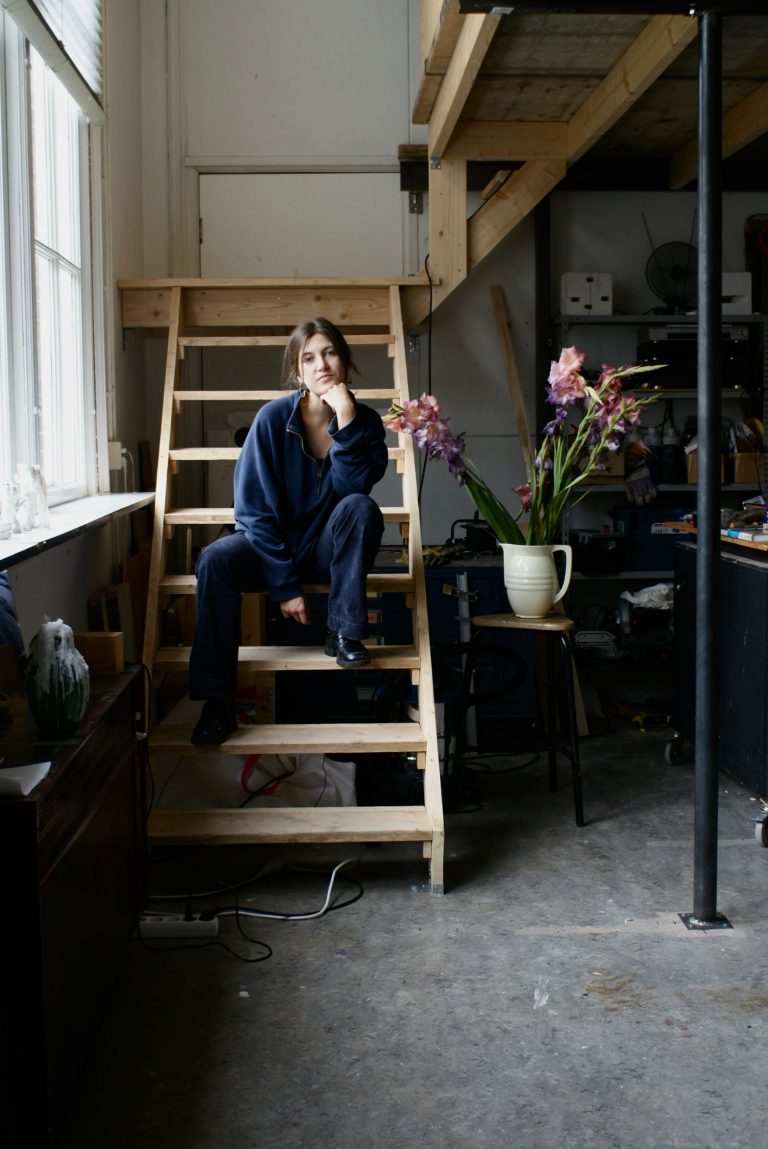 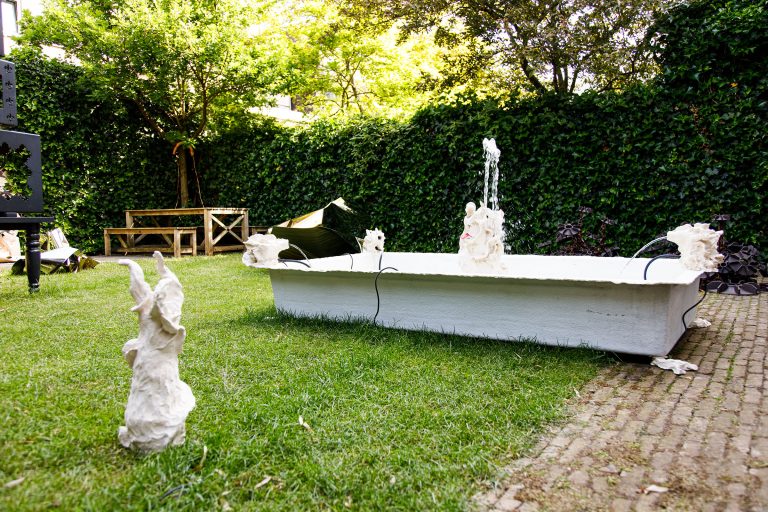 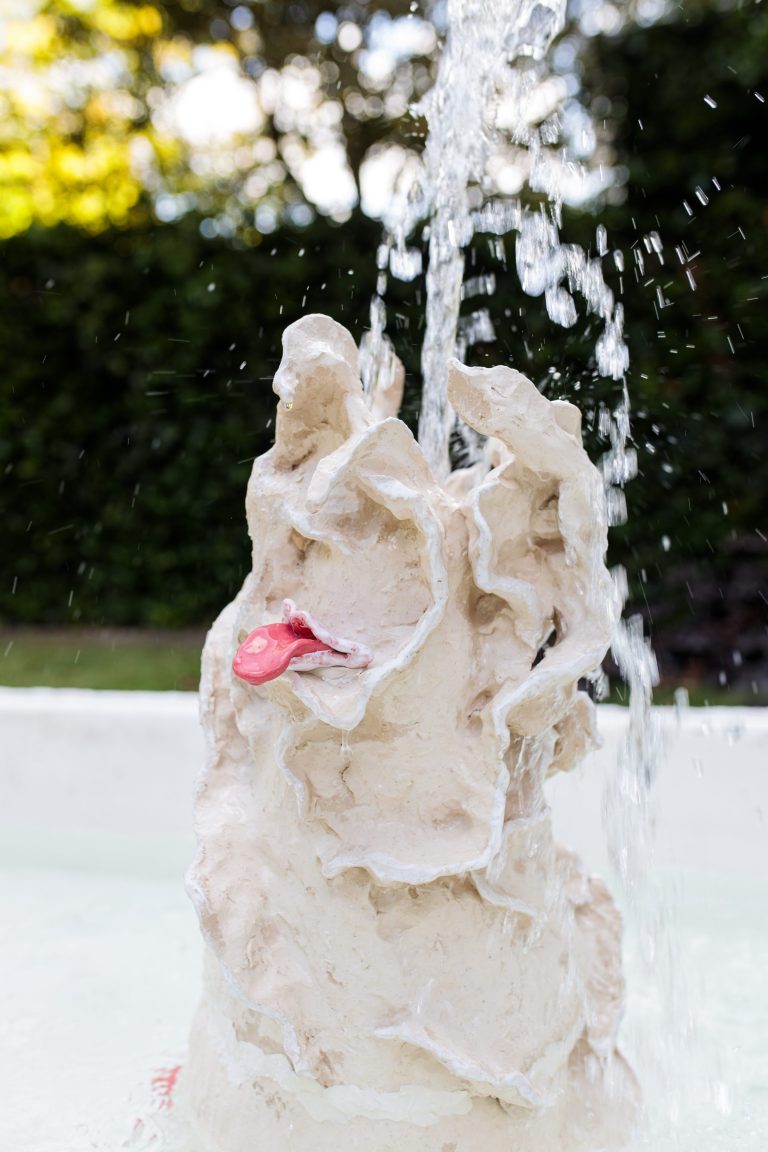 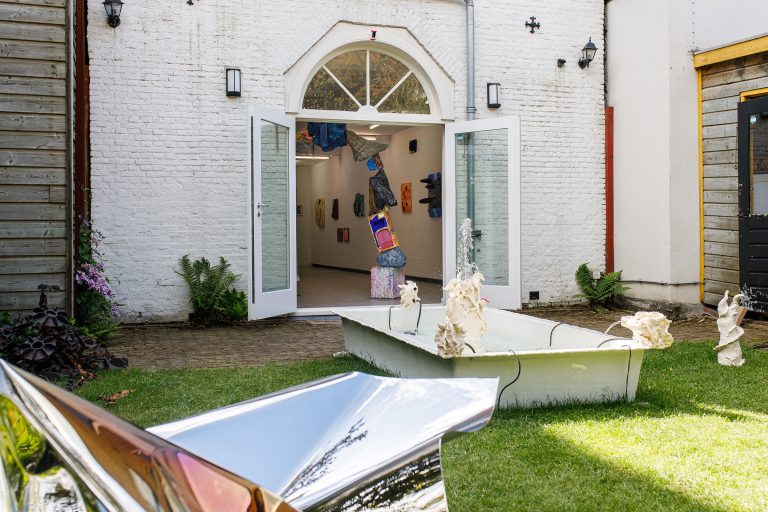 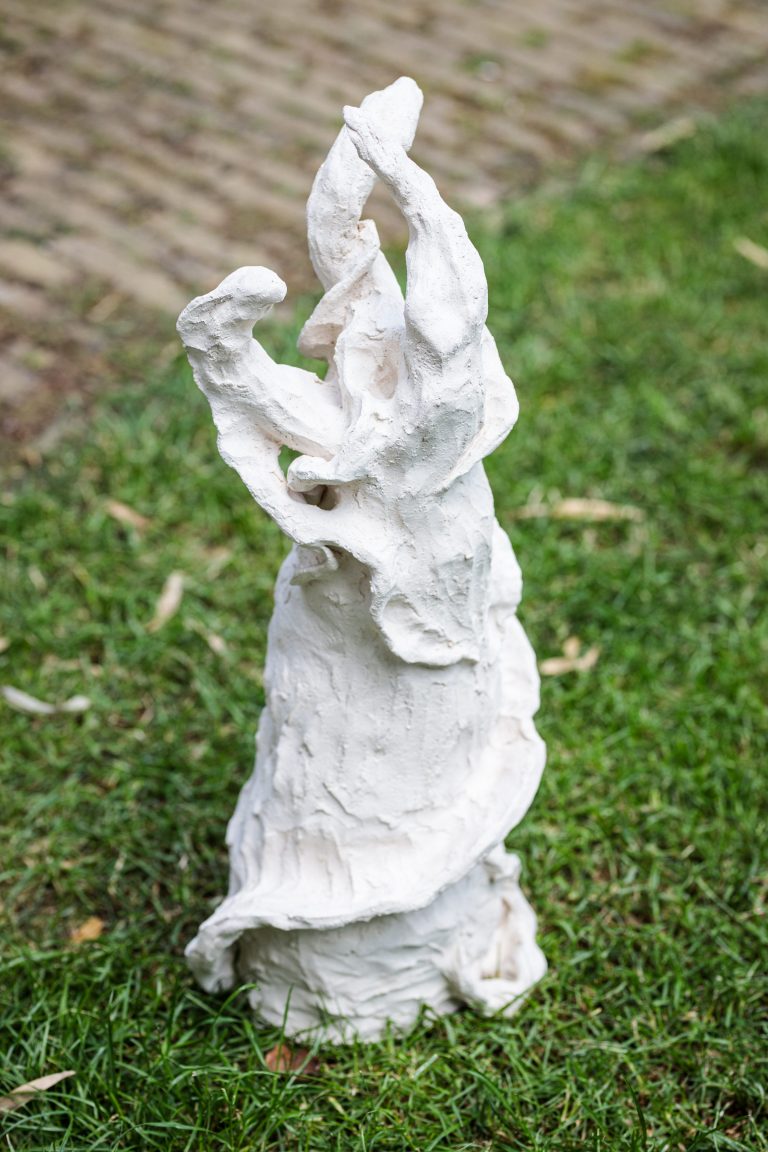 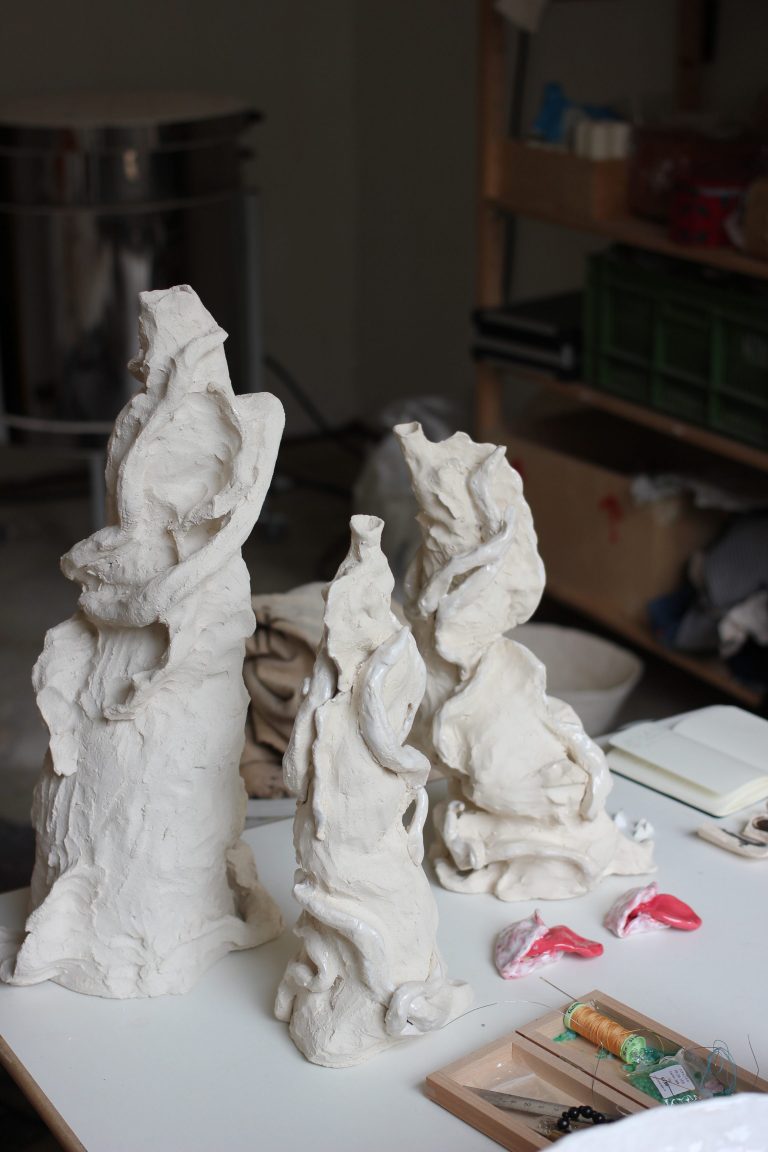 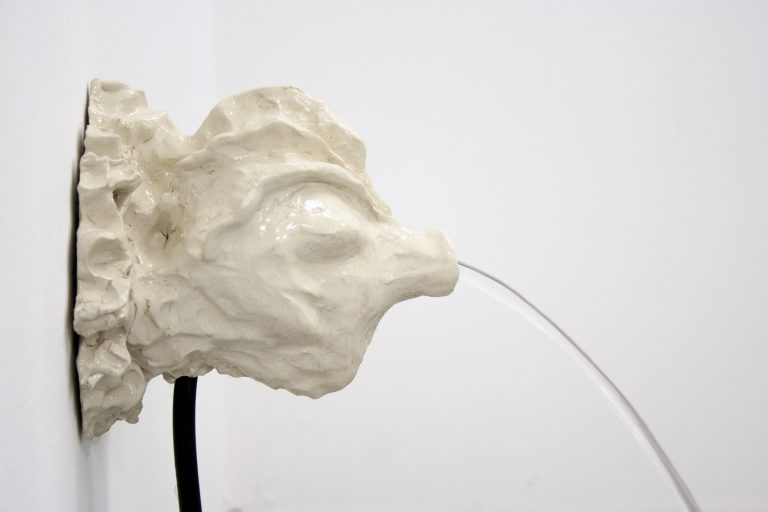 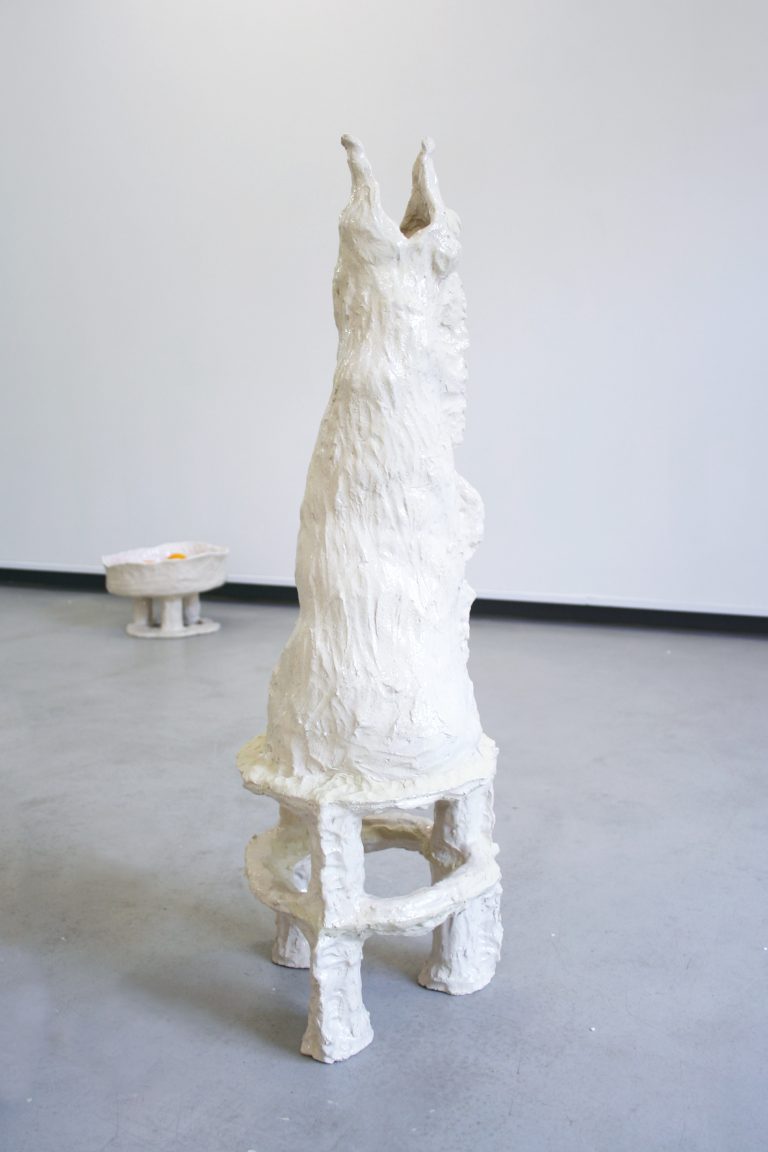 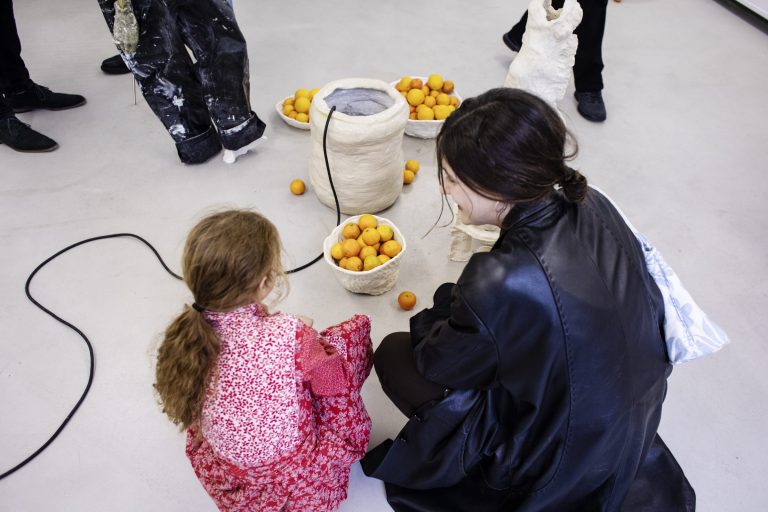 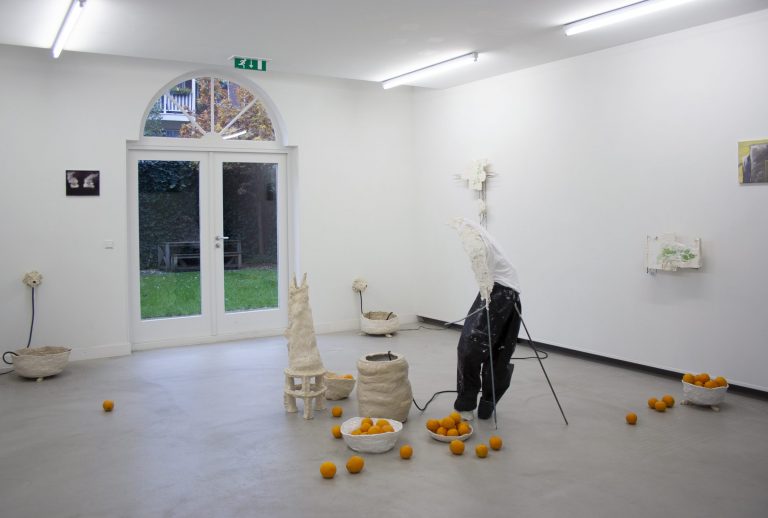 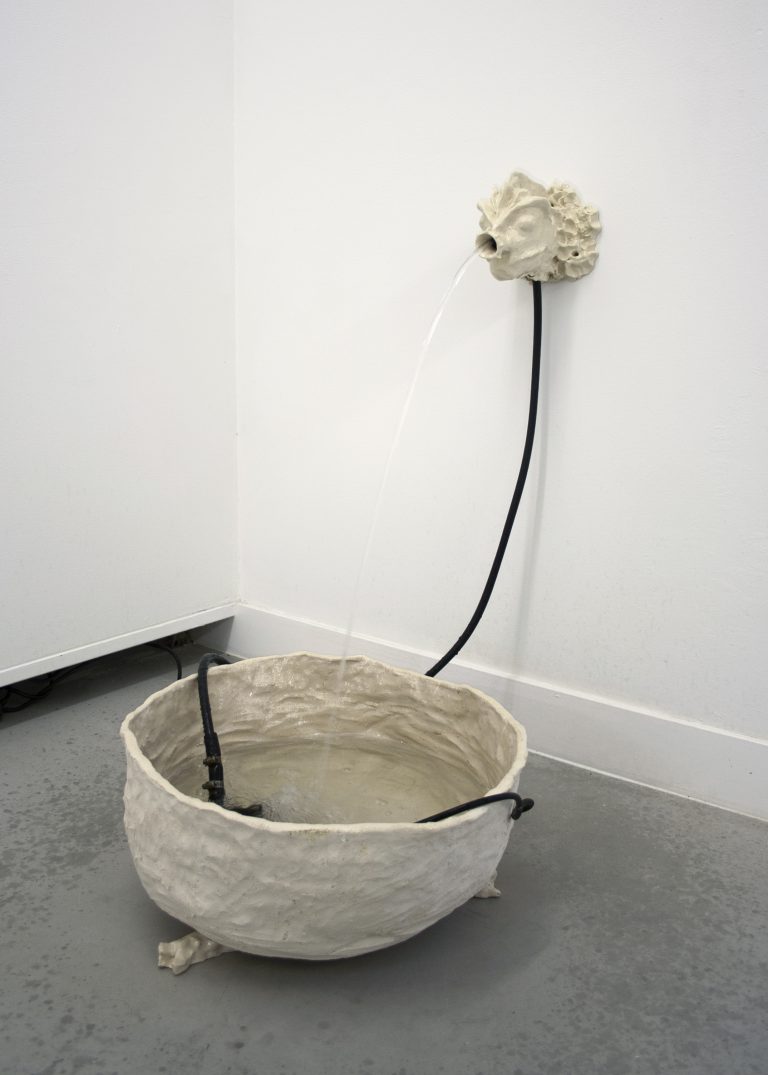 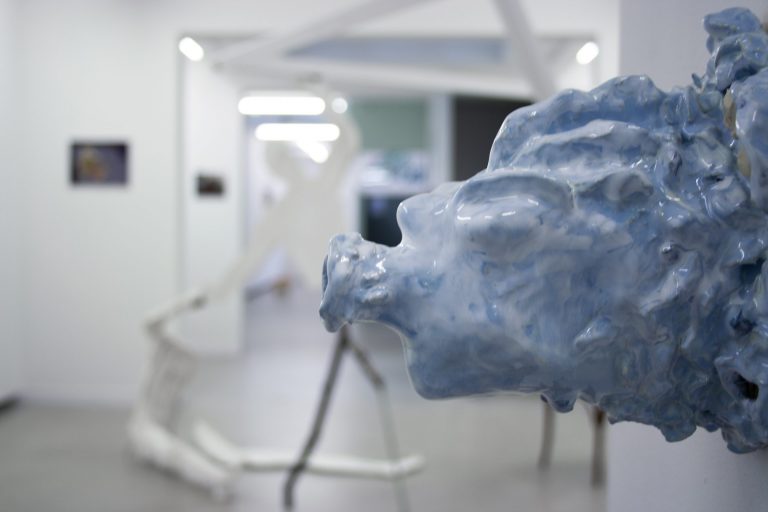 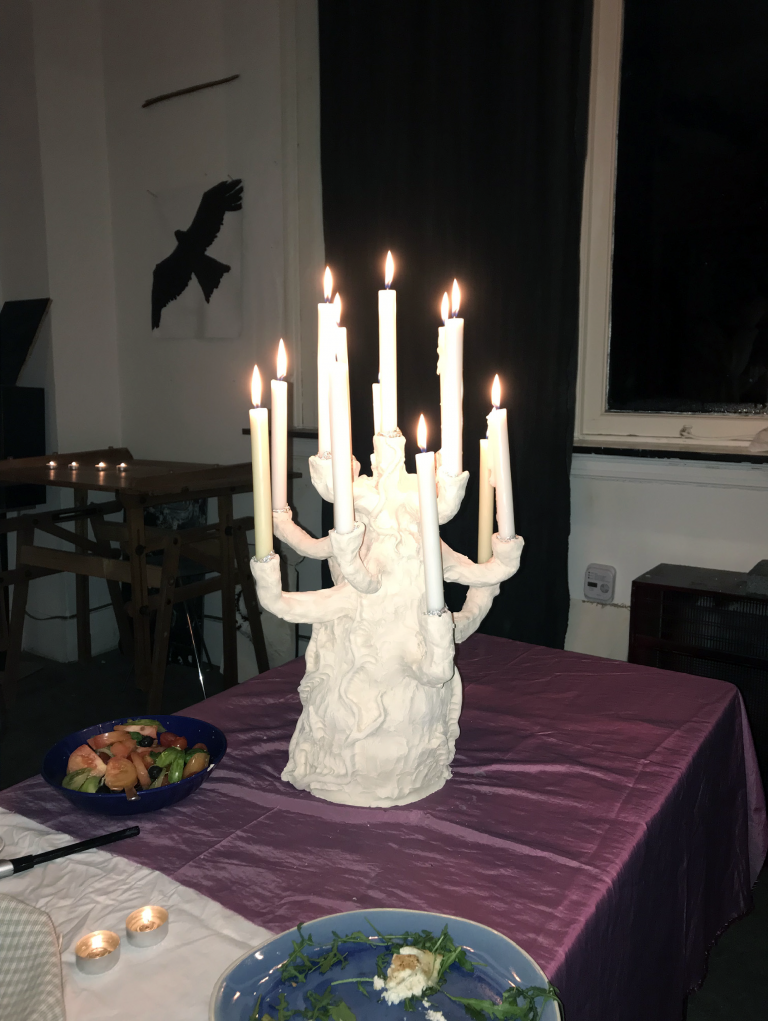 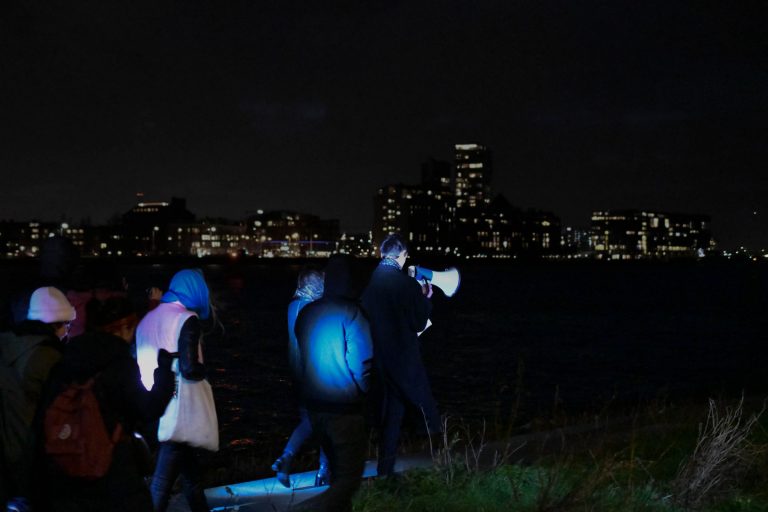 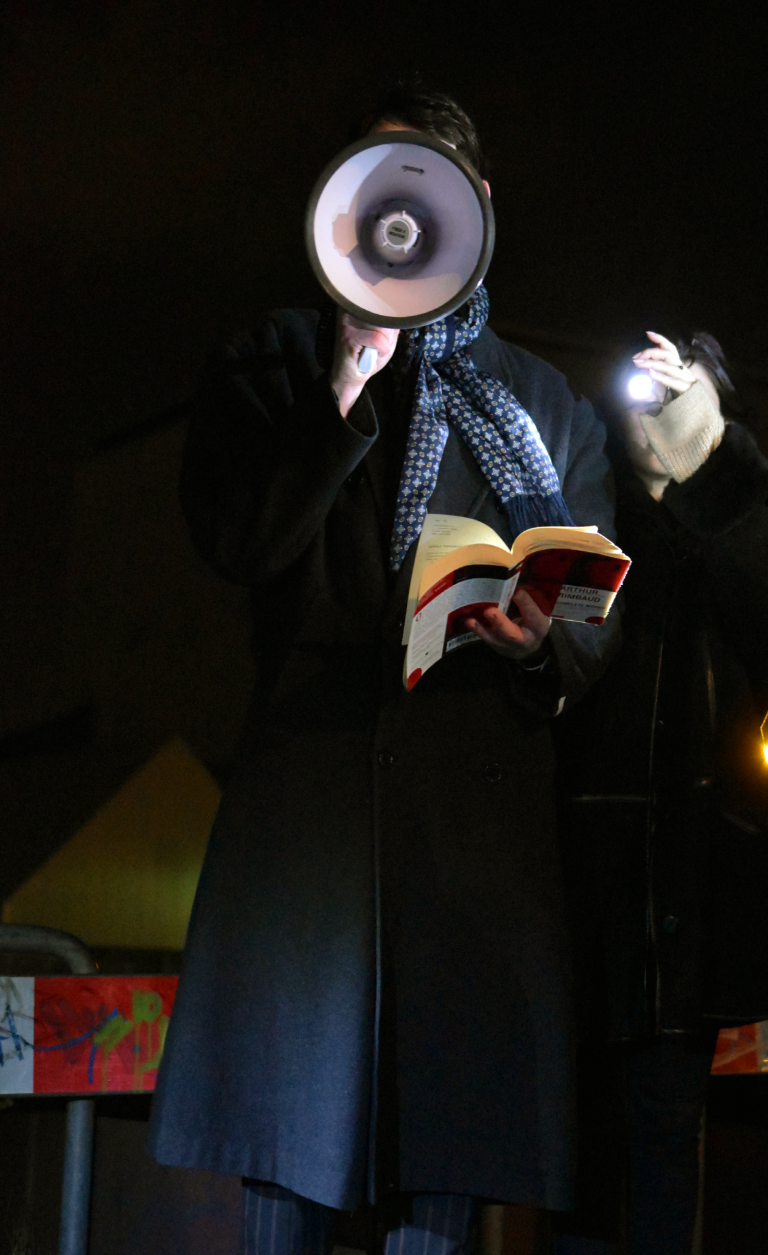 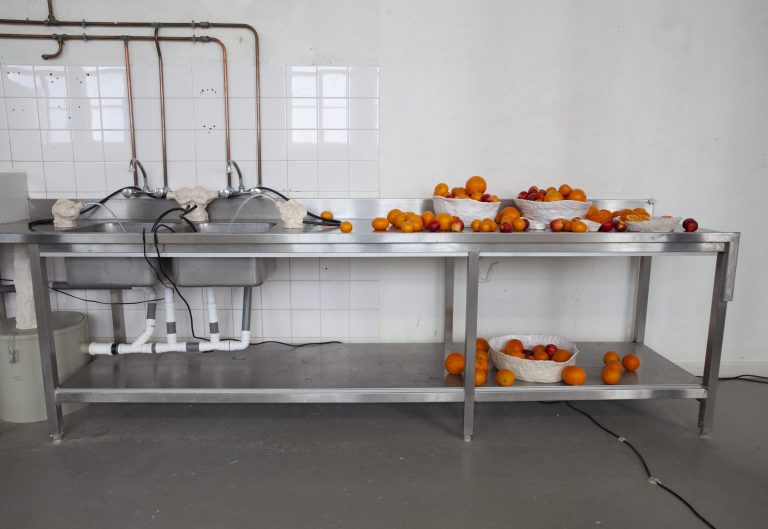 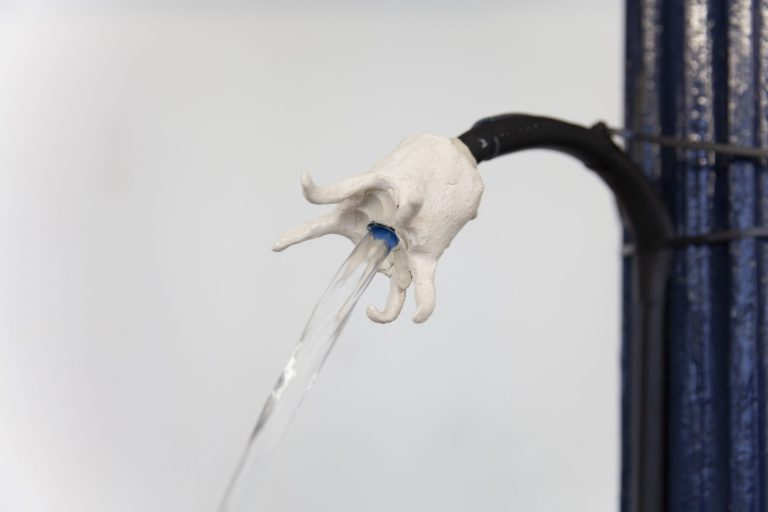 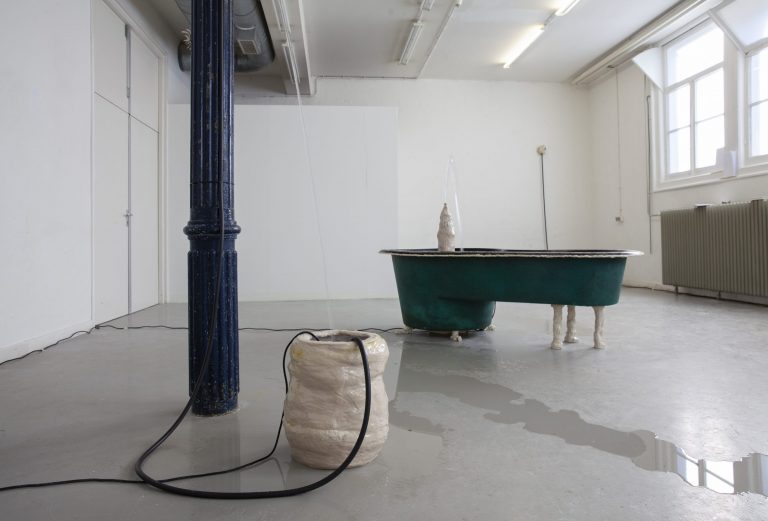 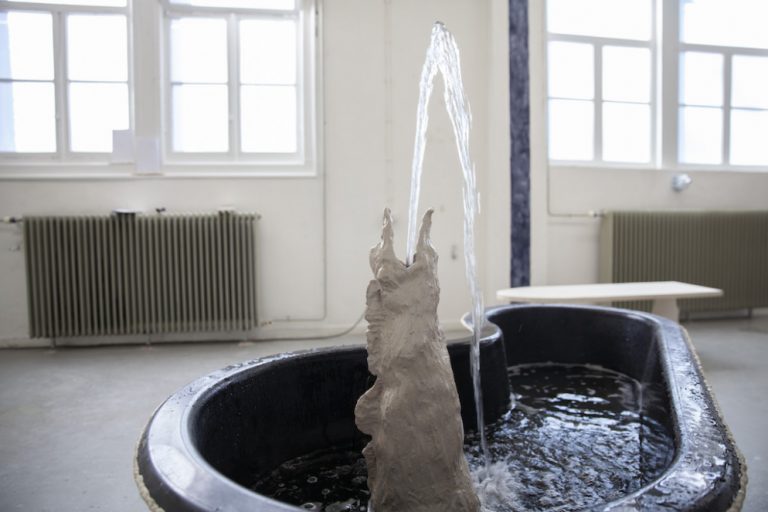 Natasha Rijkhoff works mainly with ceramics, creating environments containing performative elements and inviting the visitors to participate. Most of the artworks are part of a larger installation containing fountains and other water features. The poetic garden is an omnipresent theme, used as a starting point and metaphor.

Natasha’s artistic practise revolves around sculptural ideas, while the sculptures themselves are fragments of a whole. The sculptures work together to create an environment or scene, a place that can be stepped into. Something familiar yet not quite familiar. Water streams from mouths of unnamed creatures, luring you into their world. It resembles a secret place, a garden accidentally found, but man made. Made for either for potential pleasure, or questioning. They come to life with the flowing of the water. As the artist says herself, “A fountain is such a strange object.”

Pleasure gardens dance between a place of seclusion and public space. They are essentially functionless and ornamental, yet are deeply ingrained in human culture, functioning as a backdrop to the scenes being played out within them. For her, gardens “[…] symbolize a place of meeting, leisure, contemplation, the home of lovers and tramps. Made to resemble a dream perhaps.”

Natasha Rijkhoff born in 1994, Zaanstad, is currently based in Rotterdam. After her bachelor’s degree in Lifestyle at the Willem de Kooning Academy in Rotterdam, she obtained a second bachelor’s degree, in Fine Arts in 2019 at the Royal Academy of Art (KABK) in The Hague. Via the Erasmus program she also studied at the Academy of Fine Arts in Prague, CZ in 2018. In addition, Natasha has followed many master classes and internships at art galleries and art festivals.

In her still young career, Natasha has been exhibiting since 2016 mainly in the Netherlands. Nevertheless, she already has participated in several group exhibitions abroad, such as her three Belgian exhibitions Enter through the giftshop, exit through the void, 2020 at Kunsthal in Ghent, Faux Amis at CLAPTRAP in Antwerpen and the 2019 KONVOOI Arts Festival in Bruges, and Vyvolavat at Shaloun in Prague, Czech Republic in 2018.

In The Netherlands, Natasha’s artworks have been exhibited since 2016 in numerous art spaces such as BML, RoRo Gallery and Frank Taal Gallery in Rotterdam, Eye Film Museum and Melkweg Expo in Amsterdam, Kunstpodium T in Tilburg, De Sterrentuin en gallery Billytown in The Hague, among others. Galerie Bart has presented Natasha’s work for the first time in group exhibition New Talent 2019 and will exhibit her work in the gallery’s first outdoor exhibition Overflowing Overgrowth 2021.