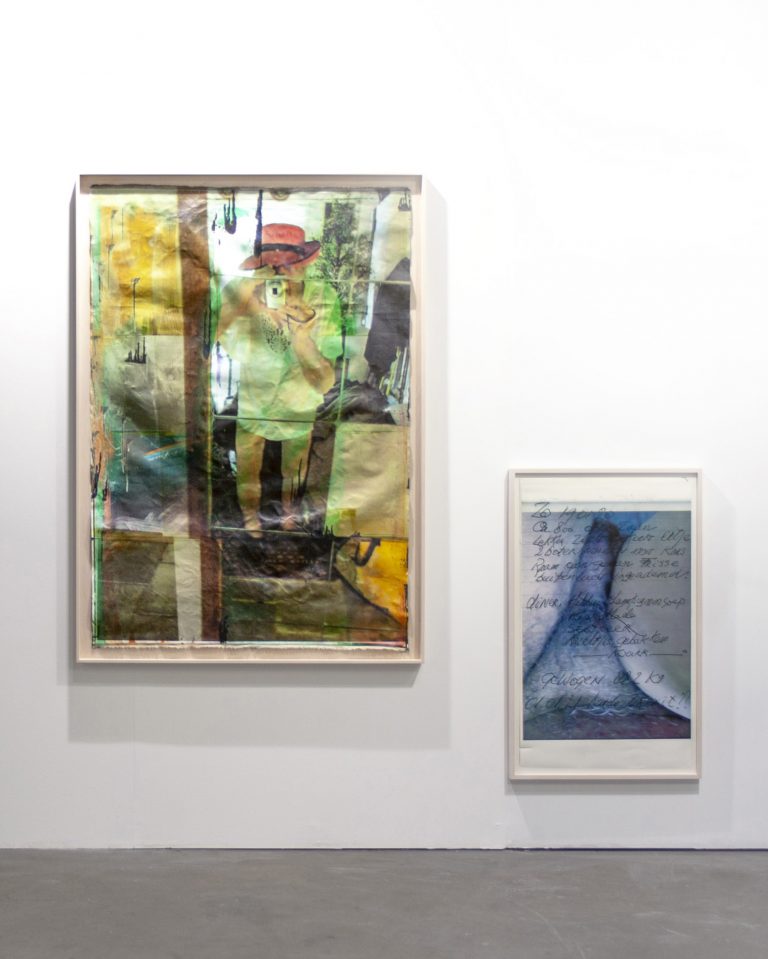 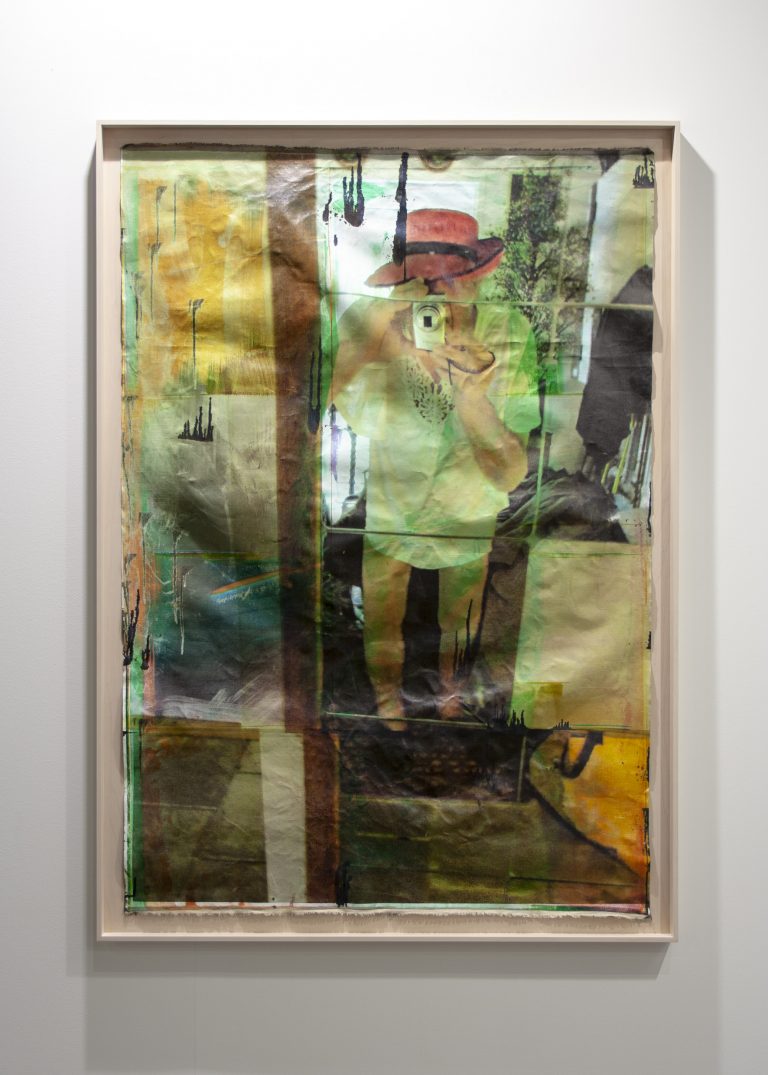 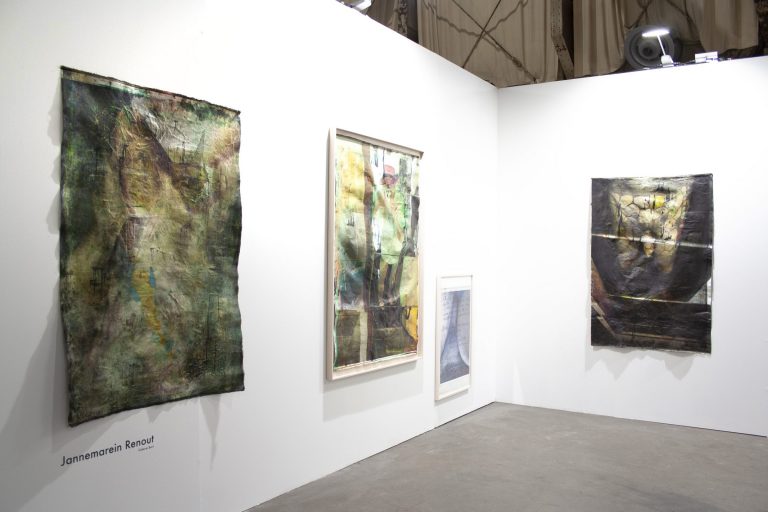 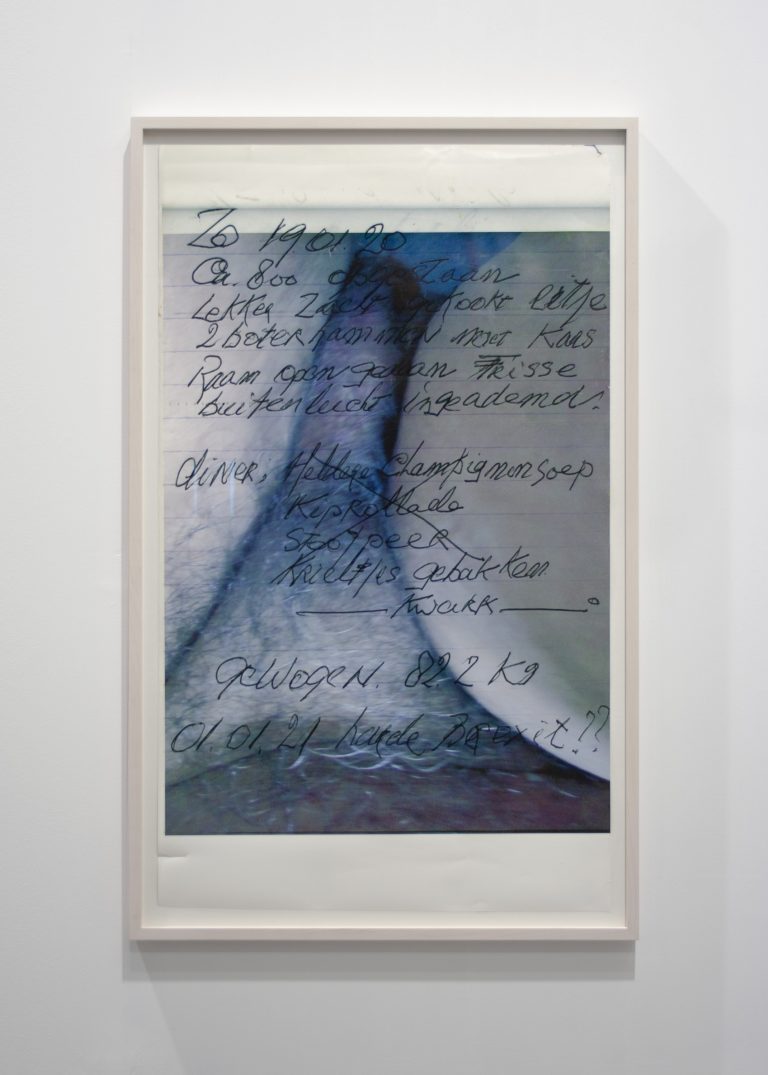 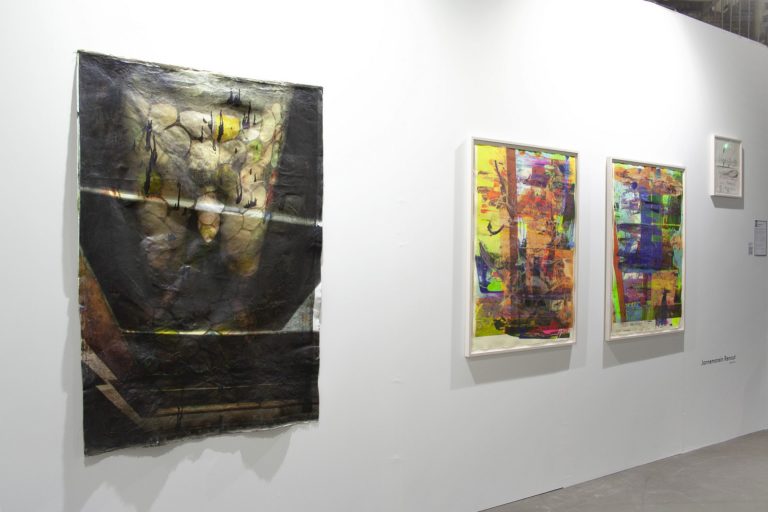 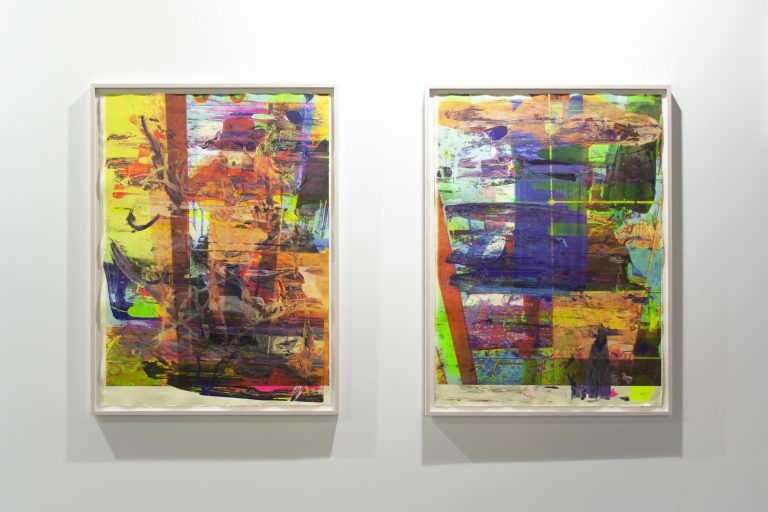 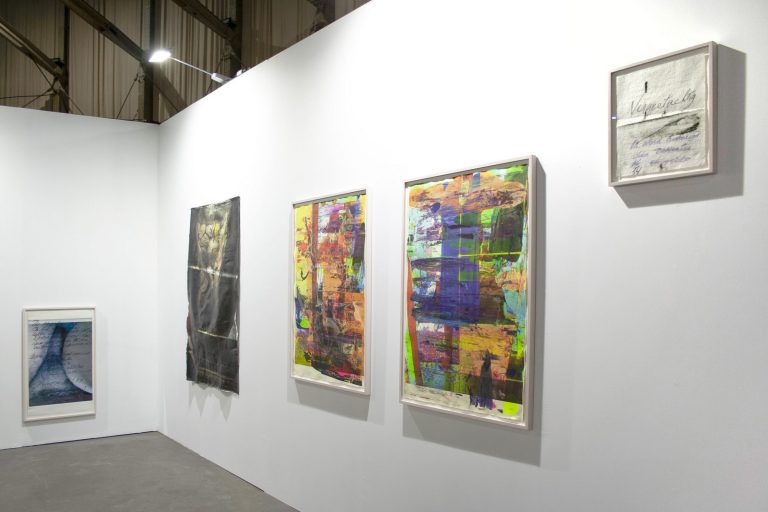 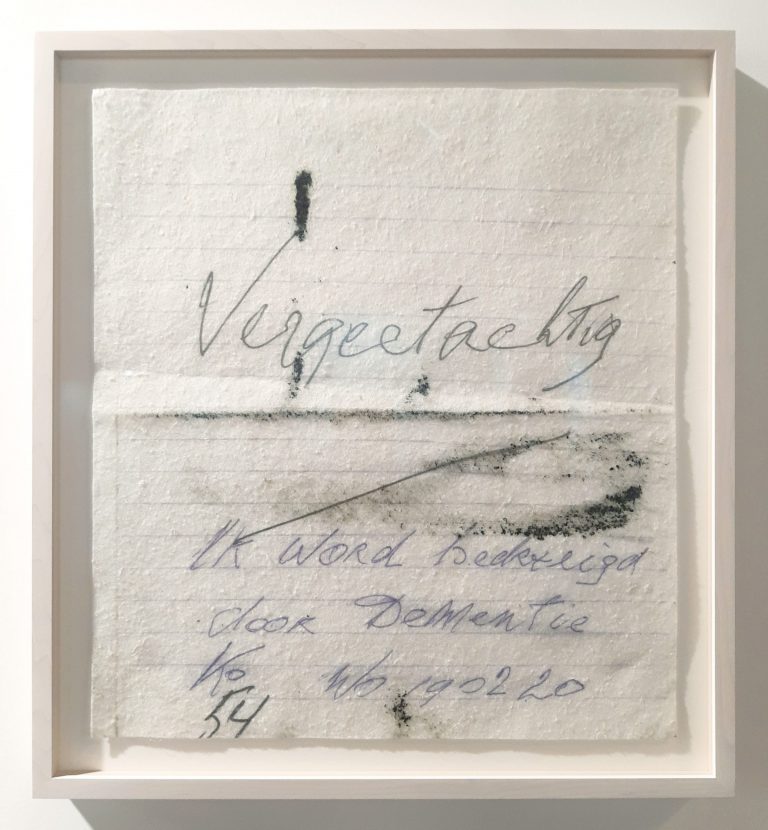 Jannemarein Renout is currently working with photos from her father’s archive. A few years ago her father was questioning his identity and has captured this search in his photos. In addition, Jannemarein shows enlarged short letters and notes that he has written. His incipient dementia becomes visible between the lines. He is now once again confronted with a changing identity. ‘Looking is Touching’ shows how in turn Jannemarein herself is coping with her father’s change.

Jannemarein is mostly known for her series of ‘renographies’, in which she has hacked flatbed scanners in order to scan the daylight. Recently, she has made the move to approaching the image from the concept of materiality instead of an algorithm, and therefore has increased her personal influence on her works. She is attracted to the process of photo printing, because of the possibilities of reproduction, as well as the manual process that creates the image; she perceives a lot of similarities with photography. With a huge printer, she prints on canvas, layer upon layer, washing the canvas and printing over it again. This process results in a painterly artwork, without her having touched a single brush. With these processes she is the director of chance and coincidence, but the technique is creating the image.

Not too Bad a Day

On the surface of our skin is a lot of moisture