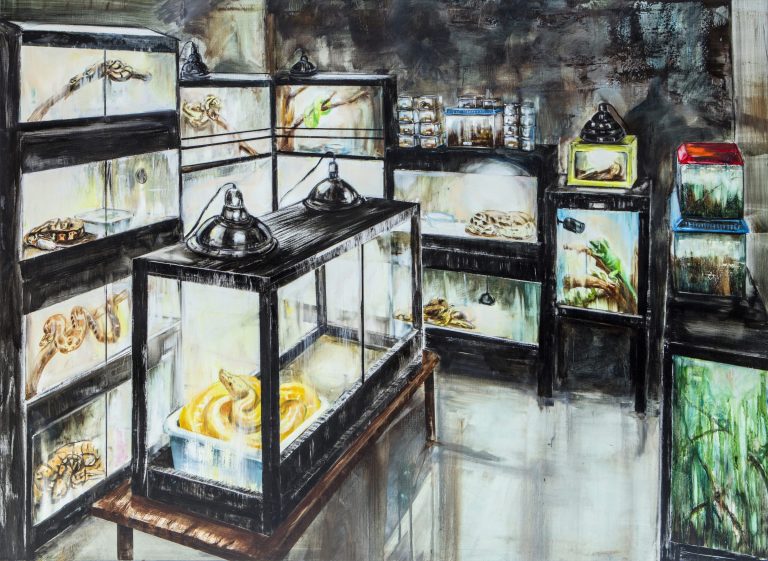 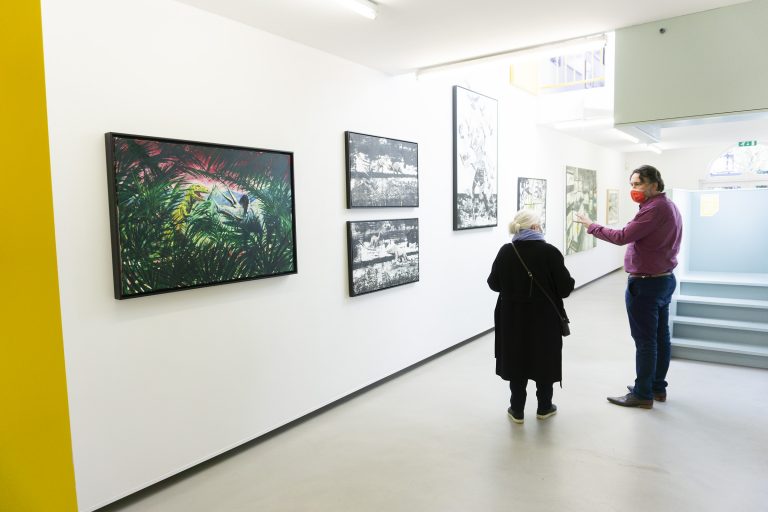 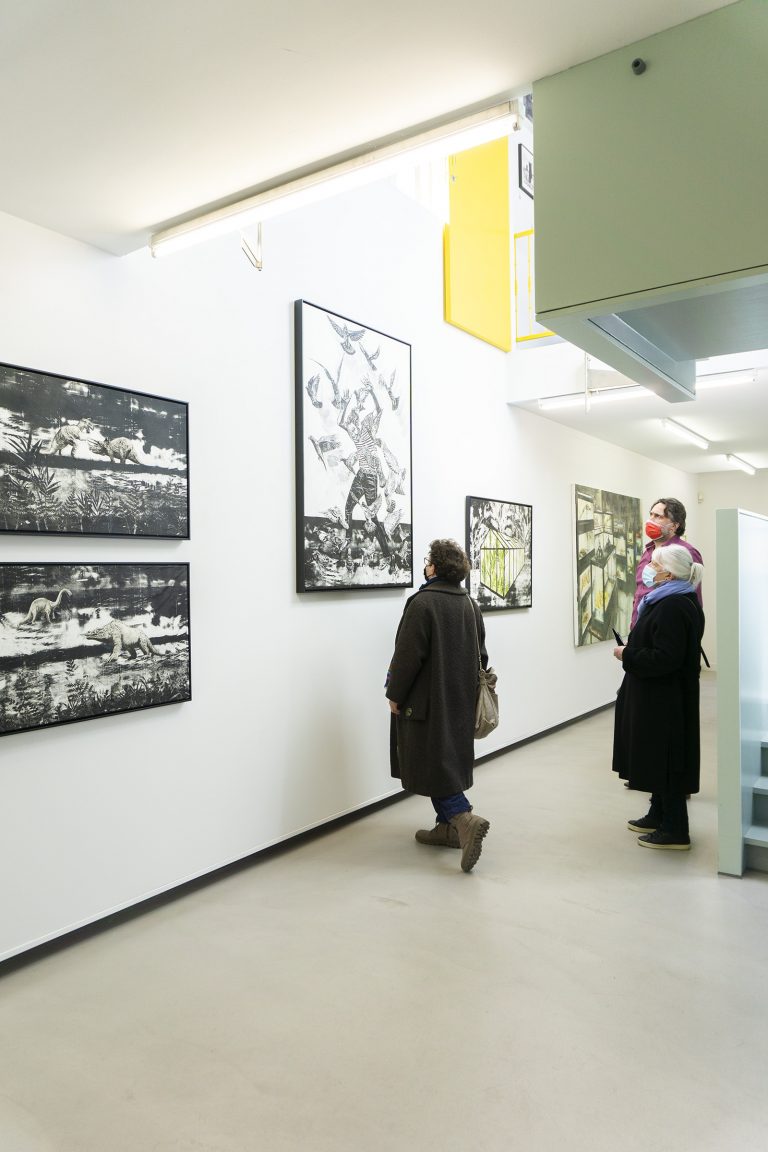 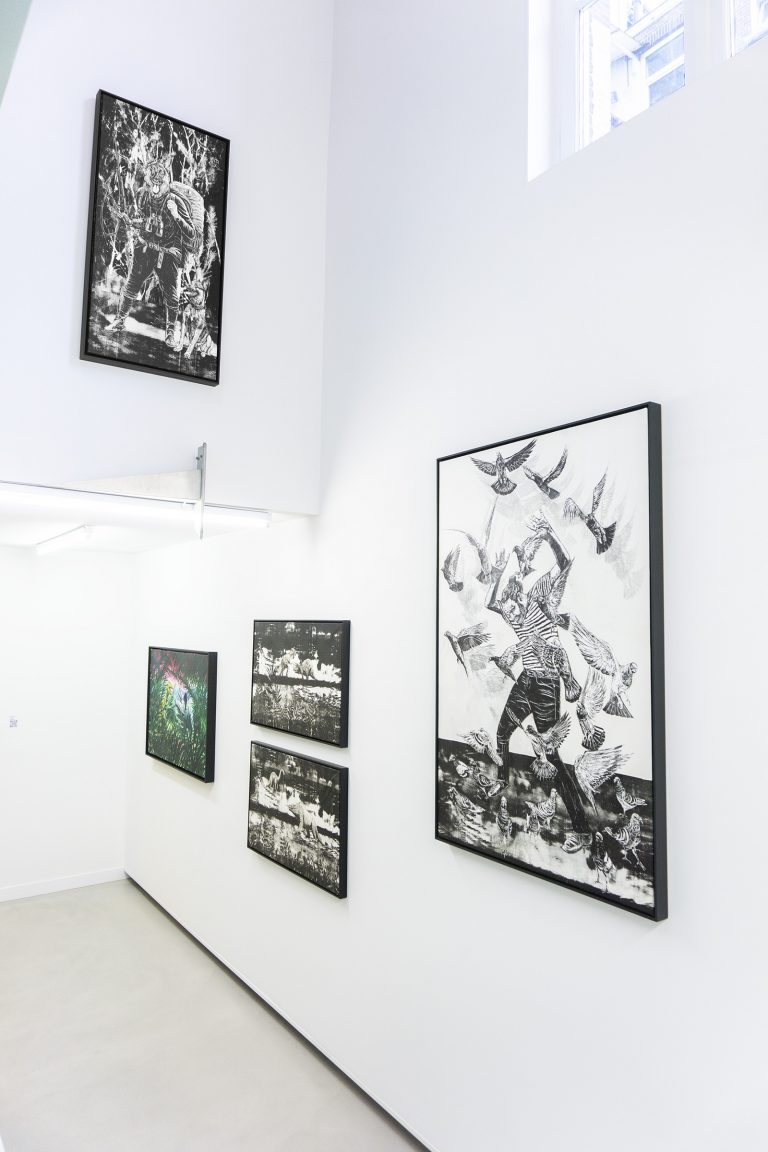 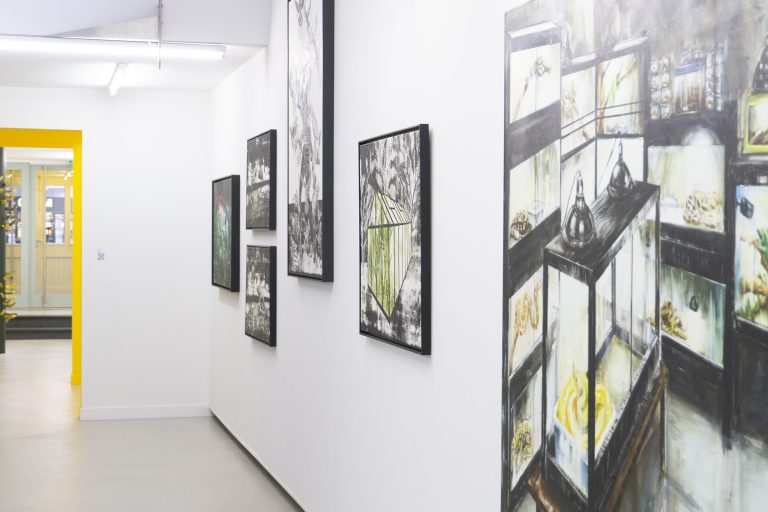 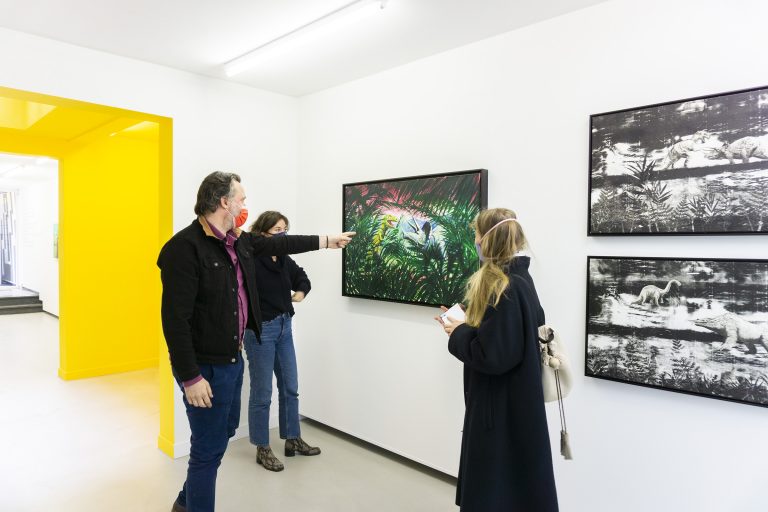 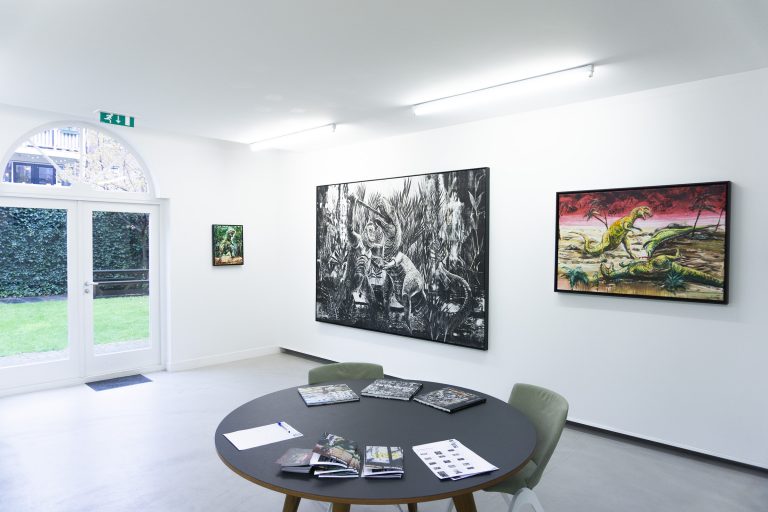 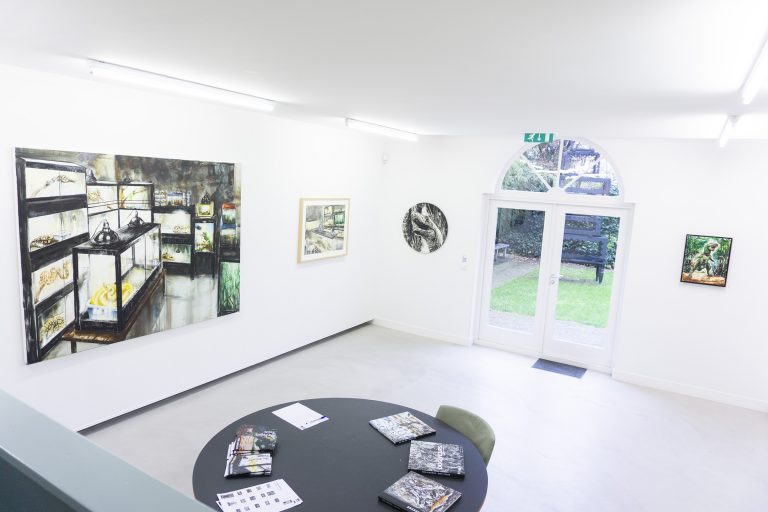 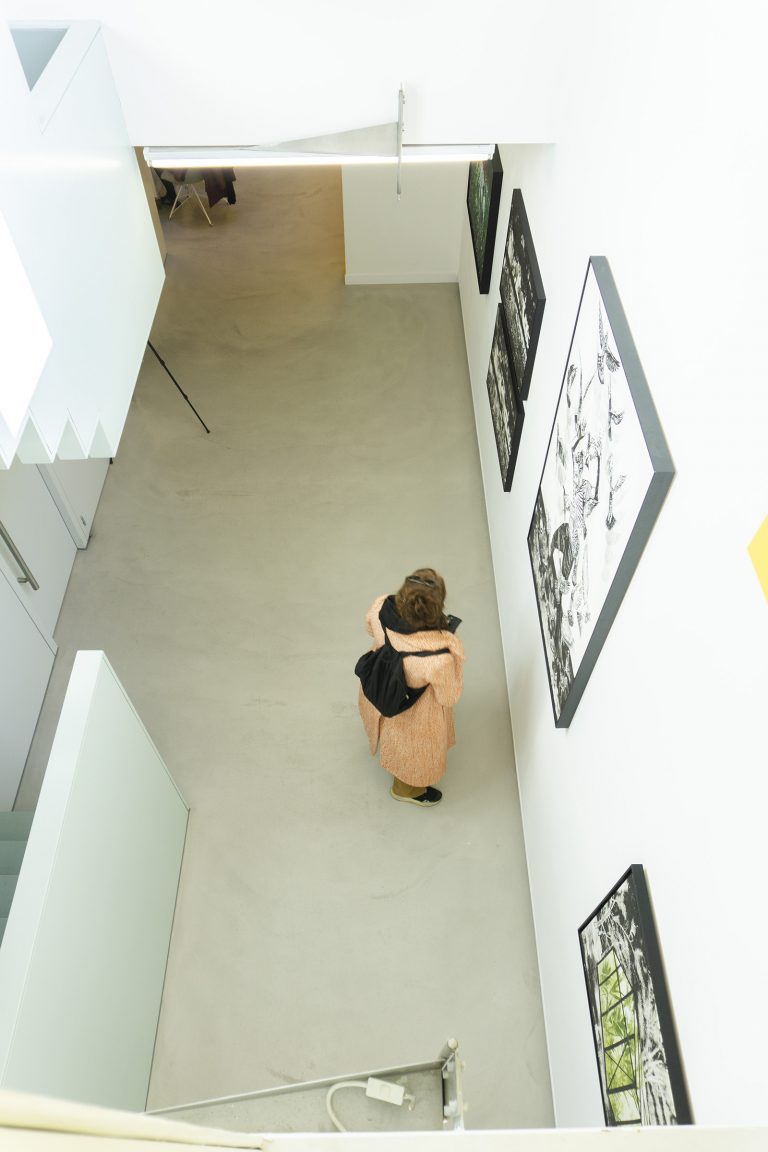 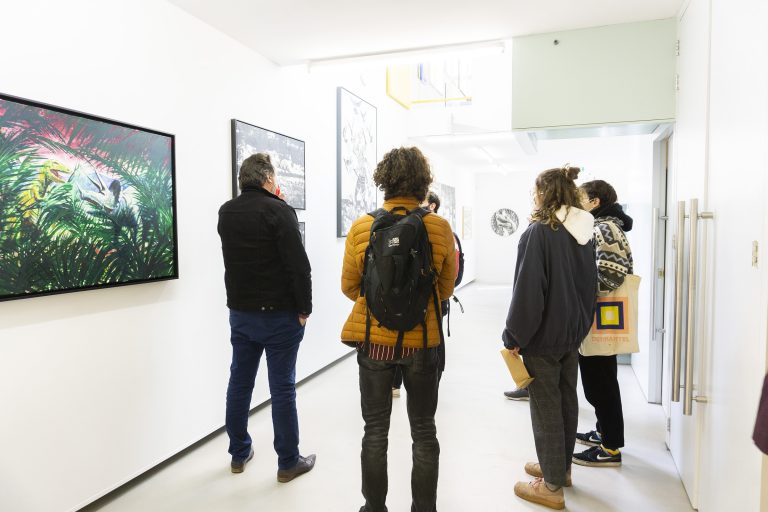 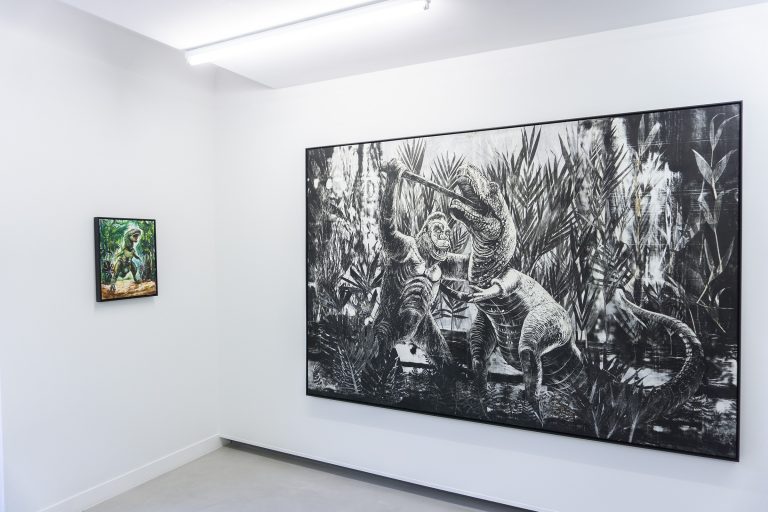 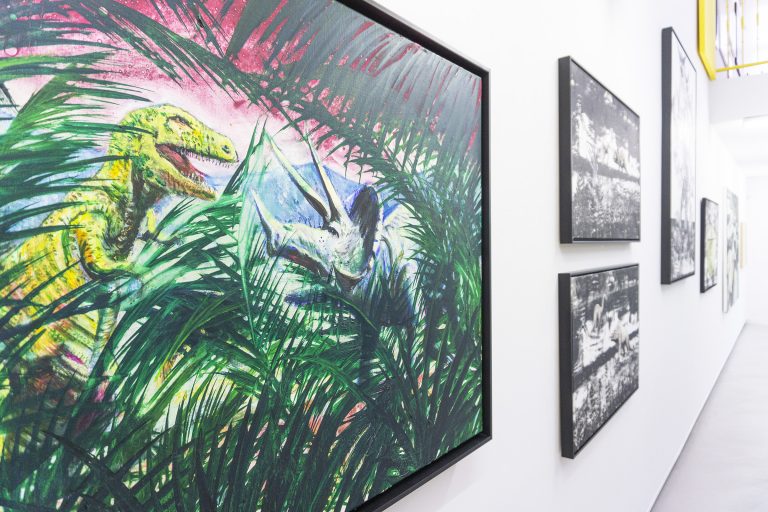 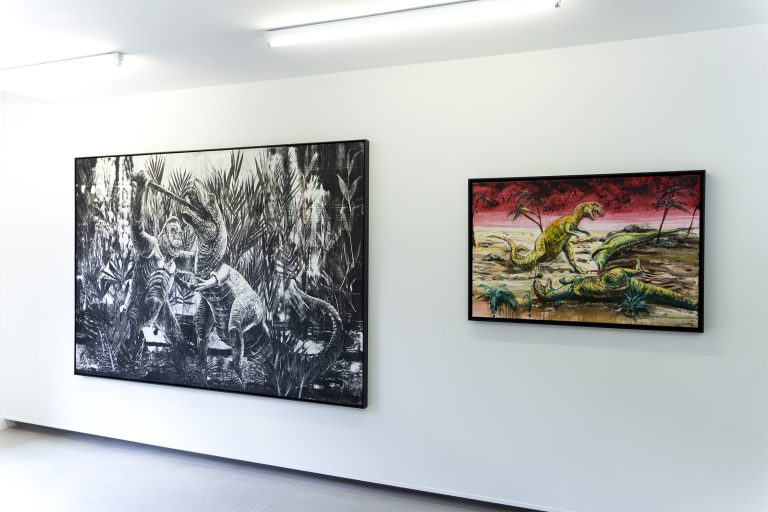 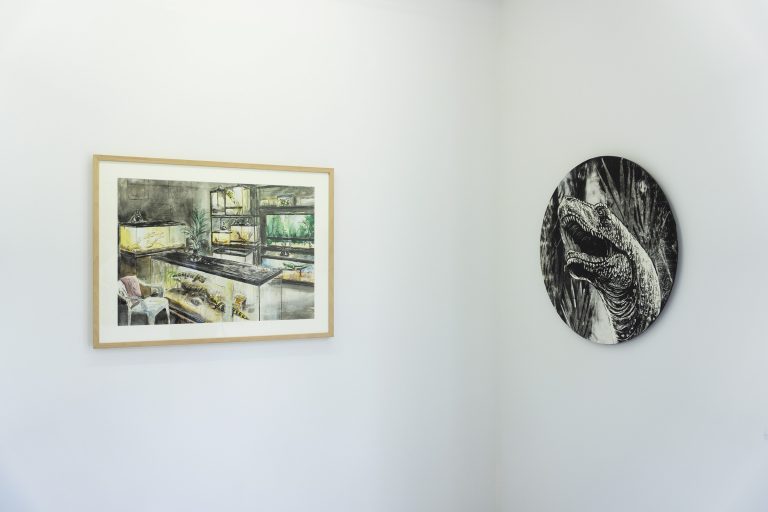 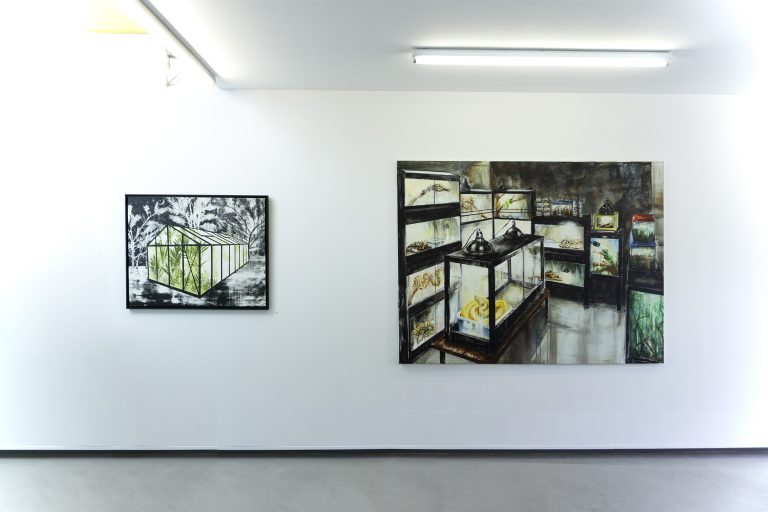 With their artificial lighting, terrariums with reptiles and greenhouses with plants stand out against a dark or black-and-white background. They are microclimates, in which humans confine and cherish a piece of nature. ‘Our urge to control nature and bring it into our homes intrigues me,’ says Tom Liekens (Bonheiden, Belgium 1977). ‘It’s a tendency I have myself.’ As a child, he already had a terrarium, and now his living room is a cross between a reptile room and a contemporary cabinet of curiosities.

The imitation – and thus simultaneous denial – of nature stems from curiosity and fascination. But at the same time, it is a display of dominance. ‘Our relationship with other animals is disturbed. We shoot wolves out of the woods and have a dog. We seek wild nature, but prefer to exhibit it behind bars in a zoo.’ Tom compares this to watching movies: a fantasized version of nature, brought to you on a television set, which you can watch while eating chips. A good deal of our conceptualization comes from Hollywood versions of reality. Take for example our ideas about dinosaurs, which became extinct long before the dawn of humankind, but of which we nevertheless have a very vivid mental picture. Our picture of dinosaurs has evolved from clumsy lizards to elaborately worked-out monsters, about which we even presume to know the colours and sounds. Meanwhile, the once dangerous T-rex has been tamed to become a nursery toy.

• More about Tom Liekens
• Visit the solo exhibition Never Too Old To Cut The Banana When Erected by Lola Keyezua at the same time.

One Million Years BC I

One Million Years BC II

One Million Years BC III

The Reptile Room I

The Land That Time Forgot

The Land That Time Forgot II