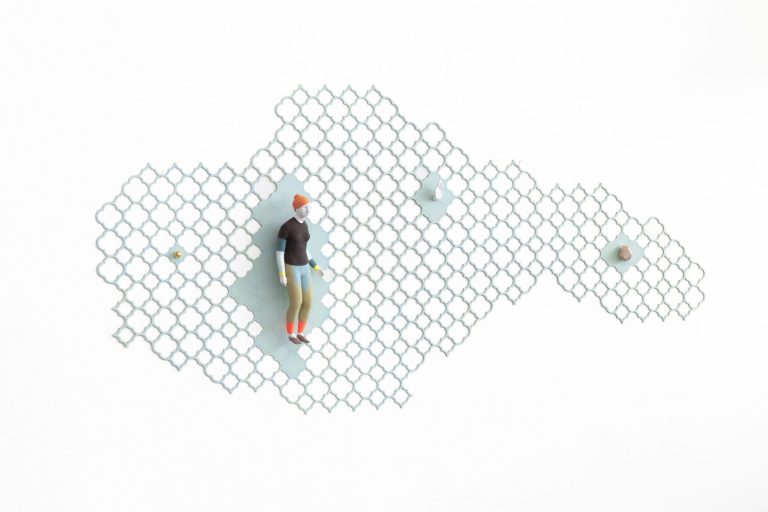 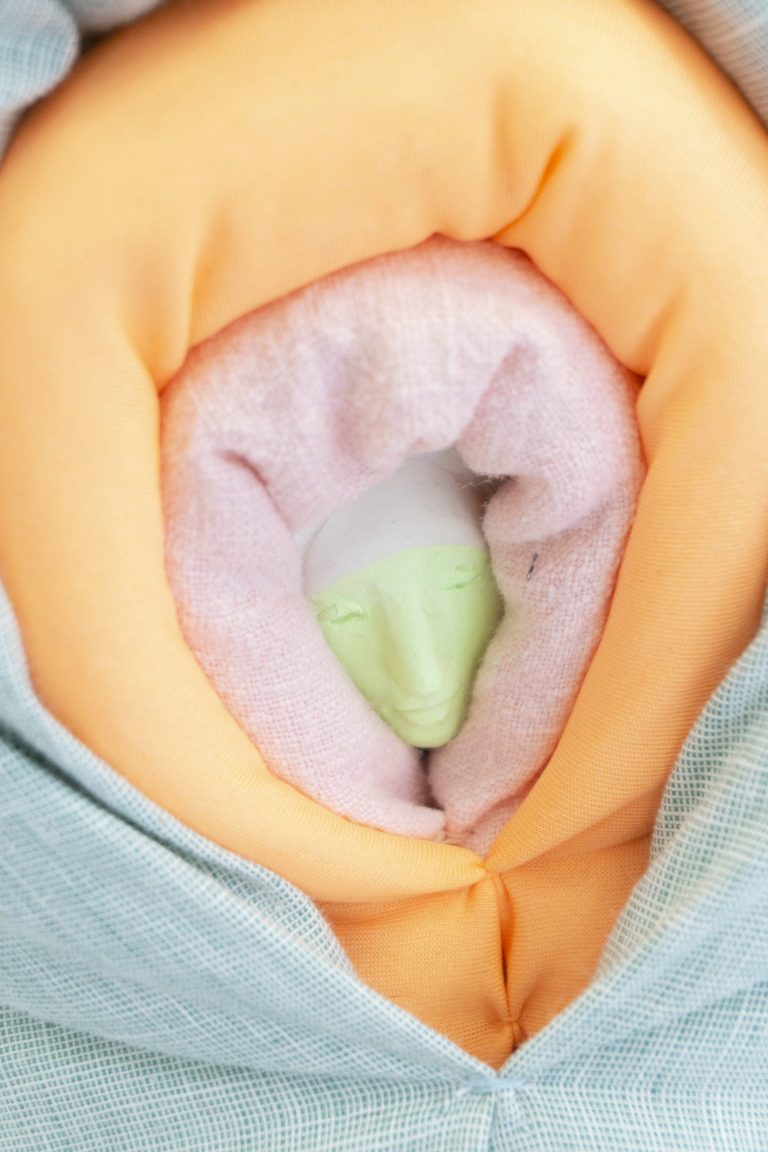 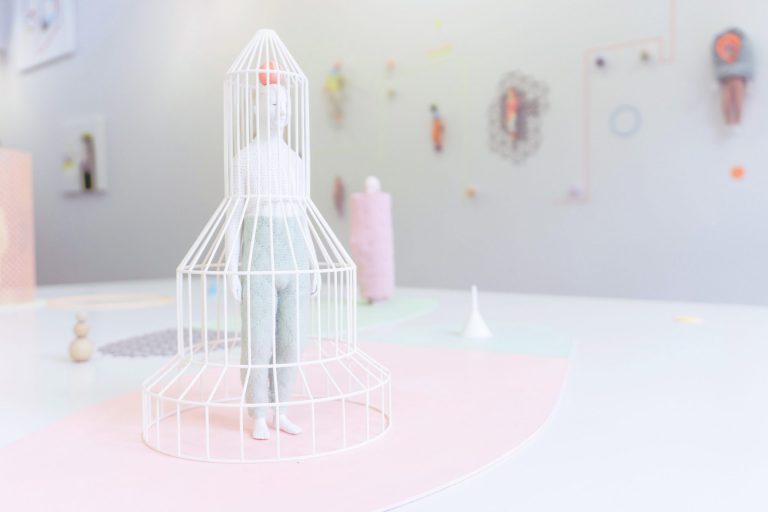 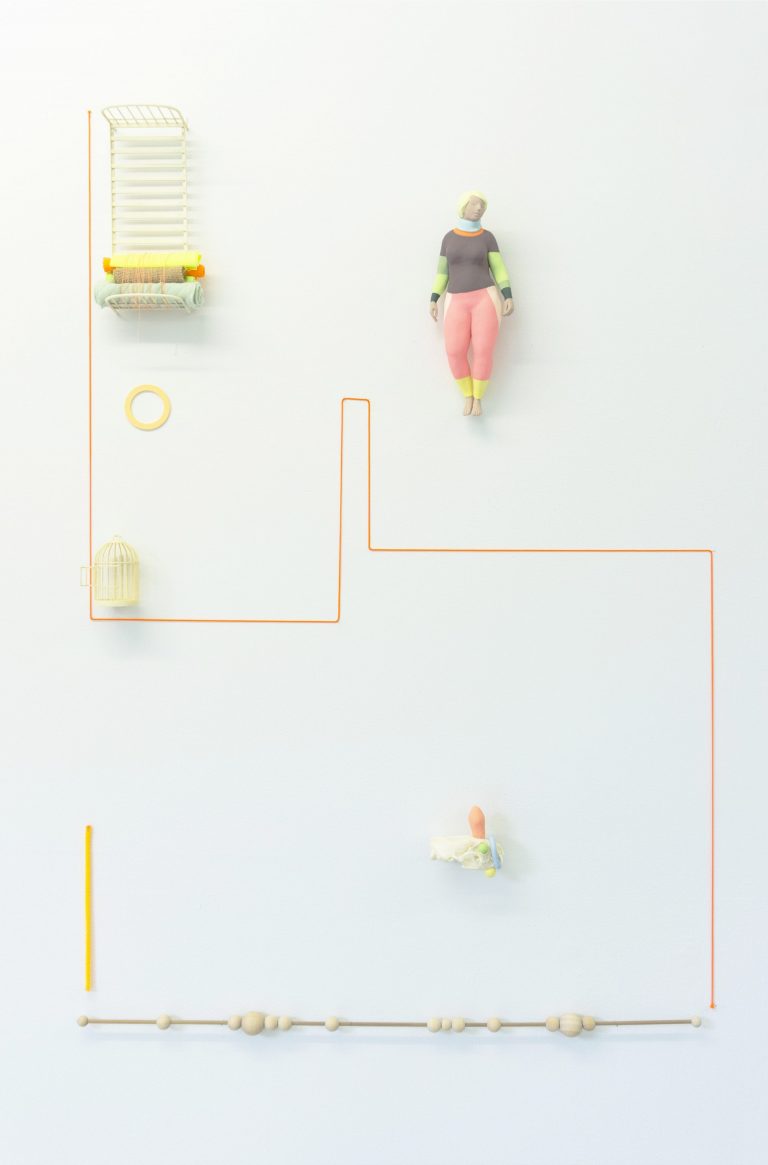 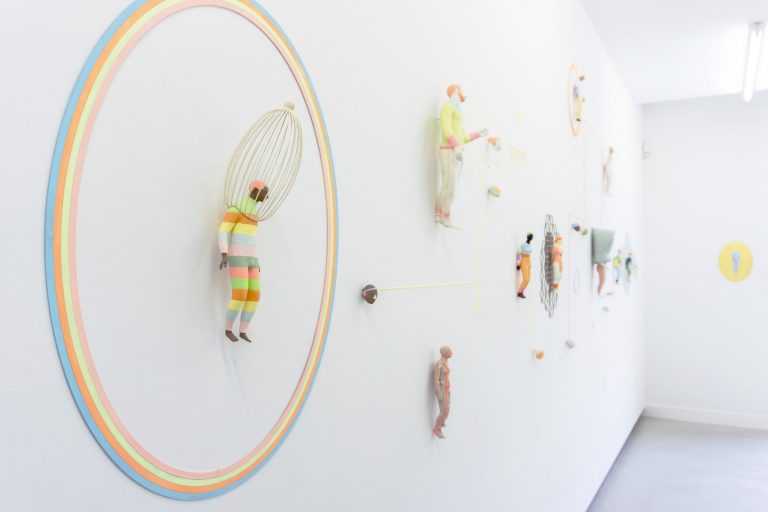 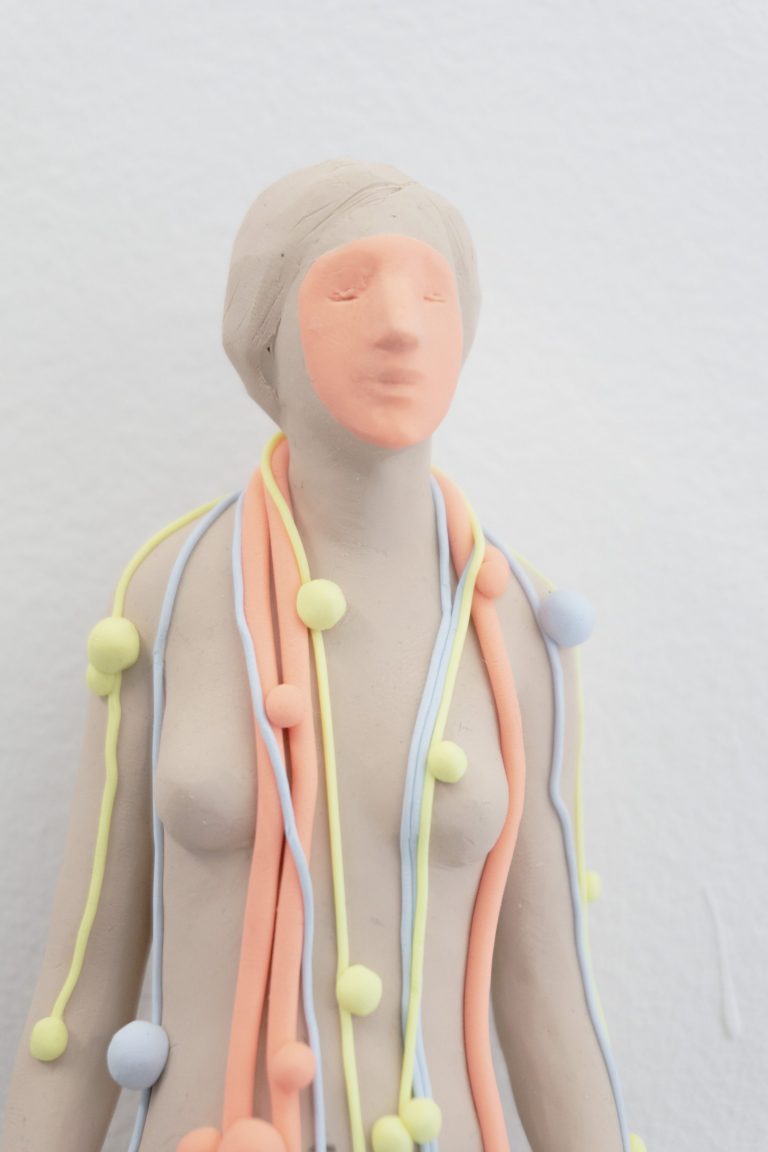 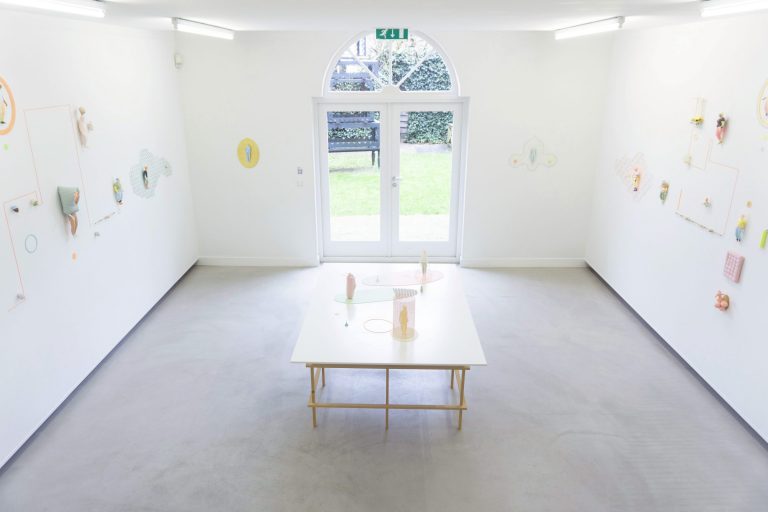 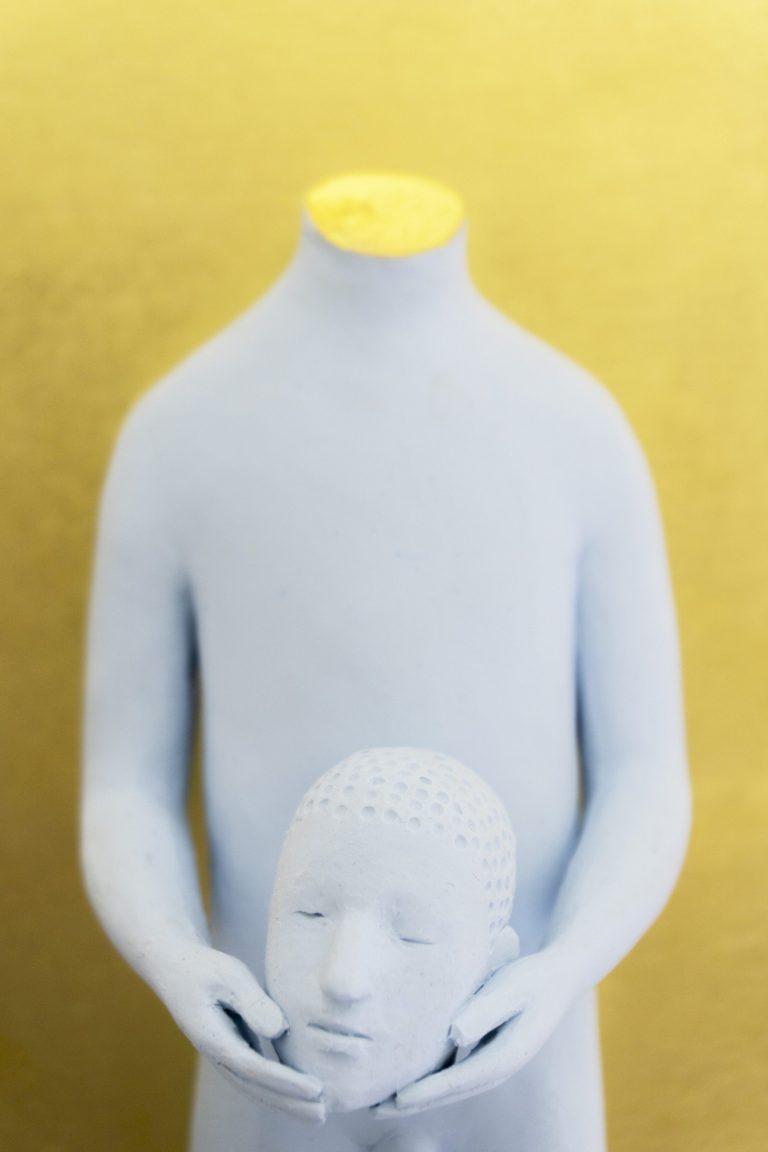 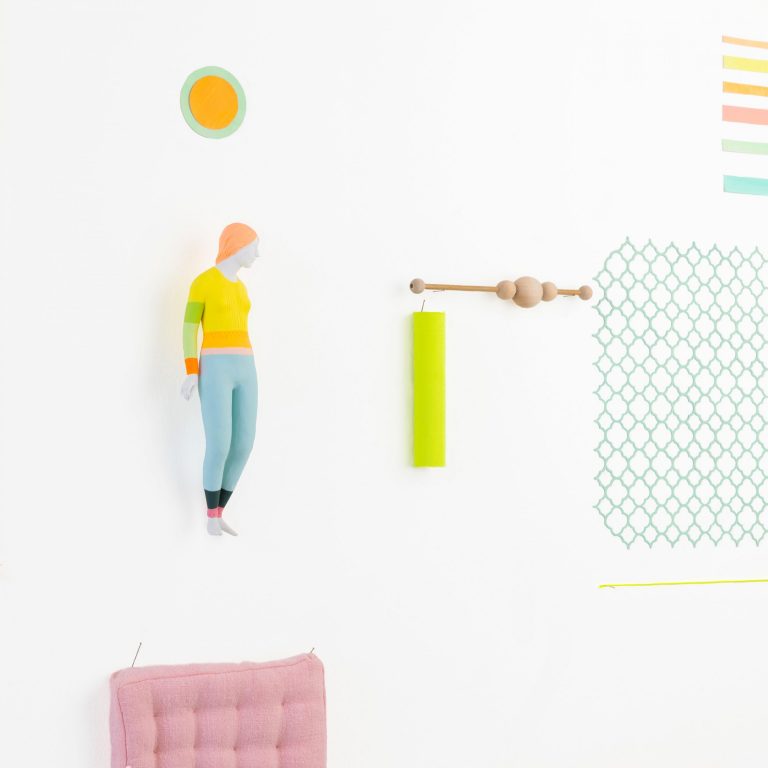 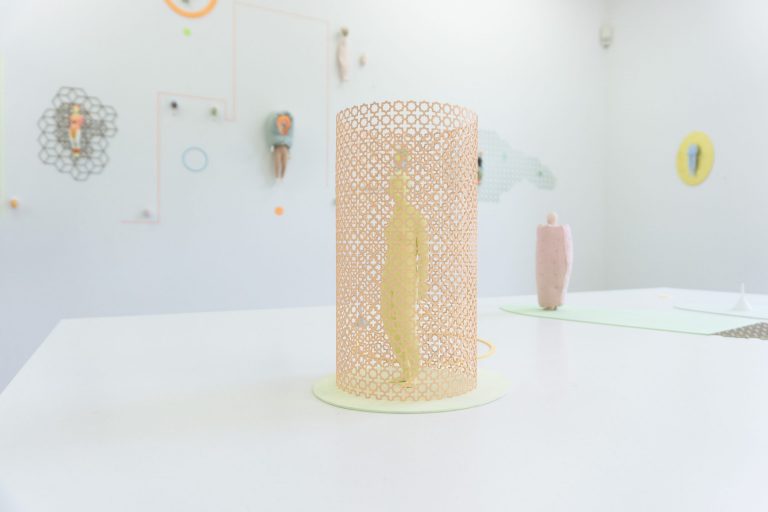 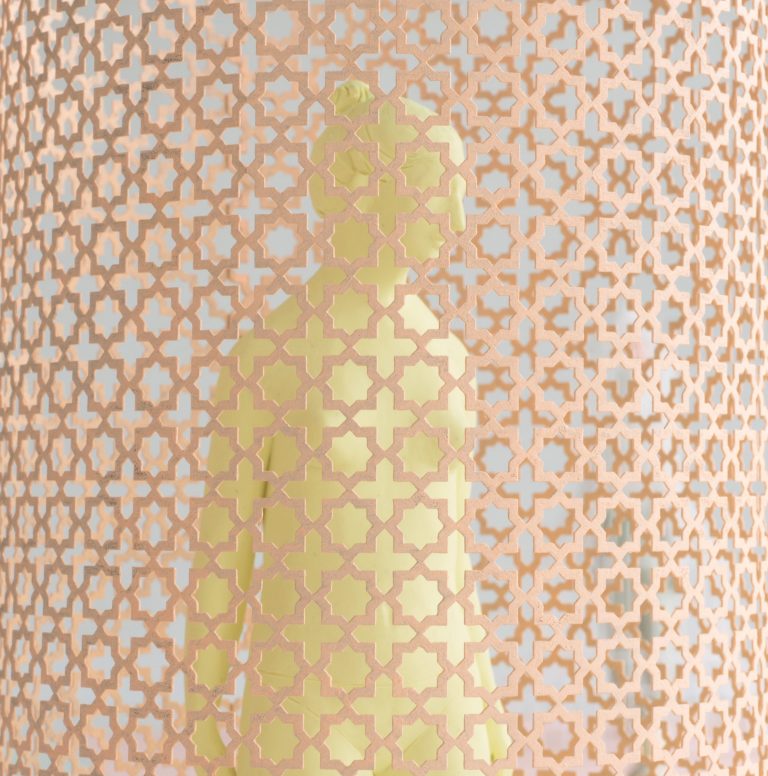 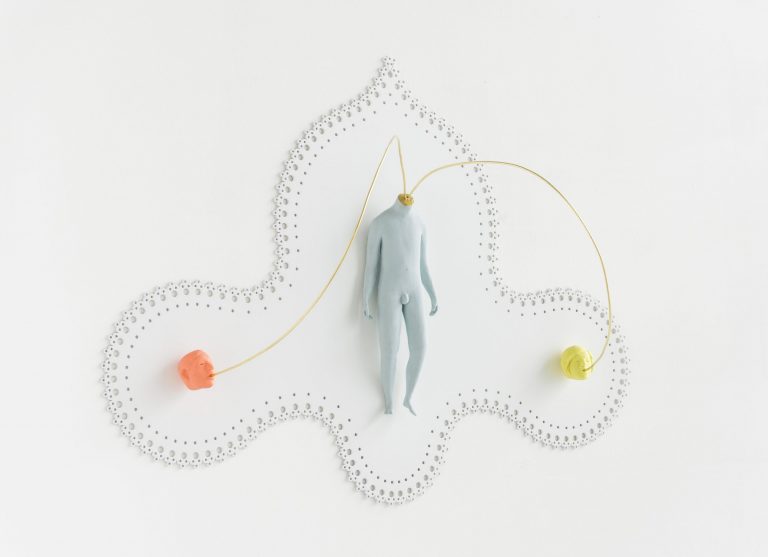 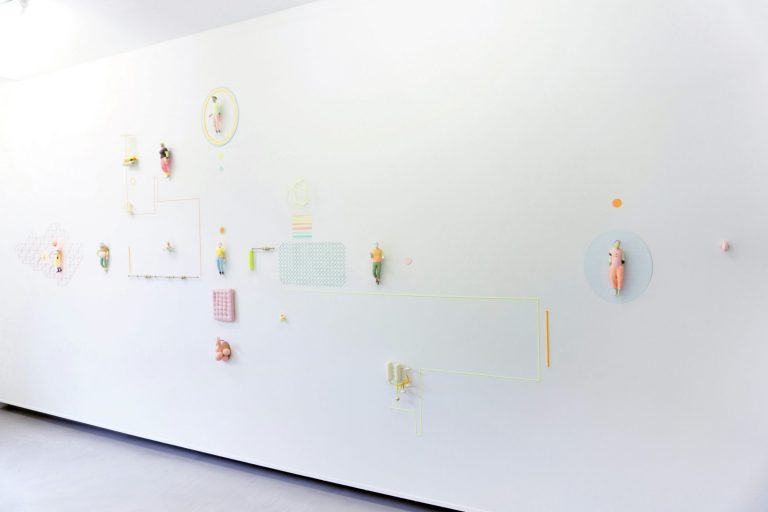 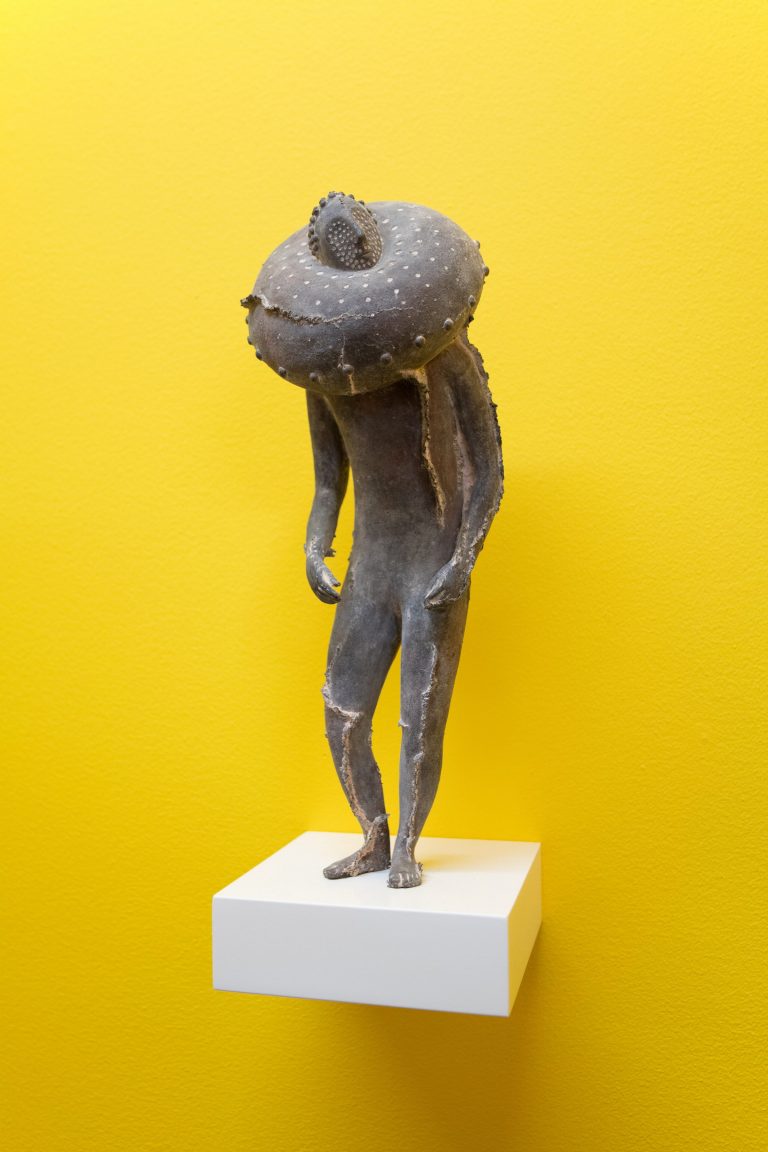 When Frode Bolhuis creates his sculptures, he does not start from a preconceived narrative but is mainly driven by colour. Something which, despite a balanced and personal palette, is relatively new for him. After an initially more uniform colouration, his use of colour became more varied and bold.

The extent to which he elaborated the figures likewise changed. Now their poses and body proportions vary greatly, and if you zoom in on their faces, they are more detailed and individual than before. Not archetypes, but almost portraits, although Frode never models them after existing people; they take shape through his hands. ‘For a while I made a new sculpture every day and when you do that, things often seem to happen spontaneously. It felt like a magical process, but I wanted to go further – to have more control, but also to see if I could go beyond myself.’

It turned out that the magic was not connected with fluency in the process of making but remained evident in the more elaborated sculptures. Once they are completed, Frode can observe them as if they are no longer his own, but stand on their own. Despite the recent changes, however, the sculptures are still clearly recognizable as characters from the Bolhuis universe.

• Magic is on view together with Composing the Perhaps by Tim Wunderink and Wim Jacobs.
• More about Frode Bolhuis.

Saturday, 06.03.2021: 13.00 / 18.00 • Exhibition opening.
You are welcome to join us for the opening of Magic, which will happen together with the opening of Composing the perhaps by Tim Wunderink and Wim Jacobs. (within the Dutch COVID-19 regulations).
You can RSVP and come along with max. 2 persons or 1 household within a time slot. Be quick because the places are limited! Send an email to info@galeriebart.nl to schedule your time slot.