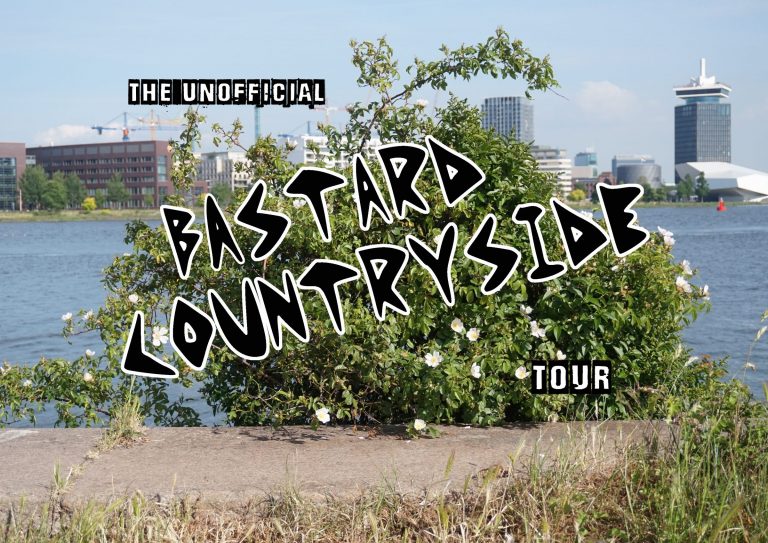 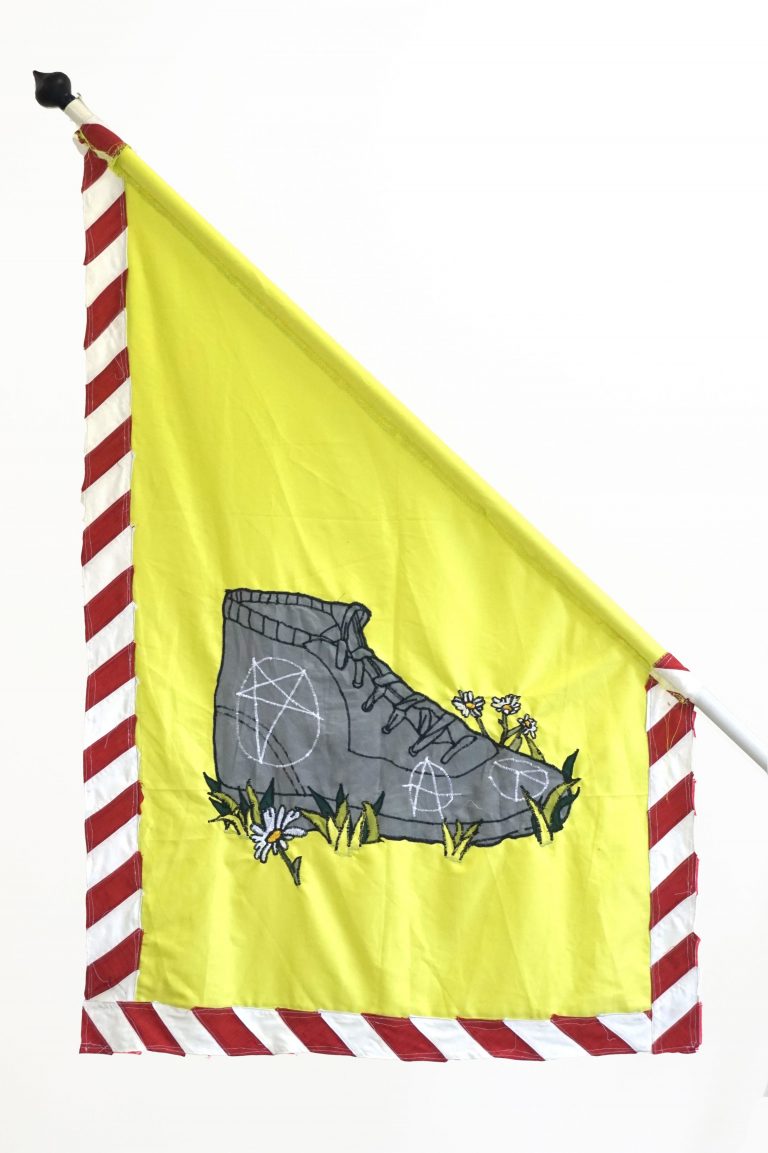 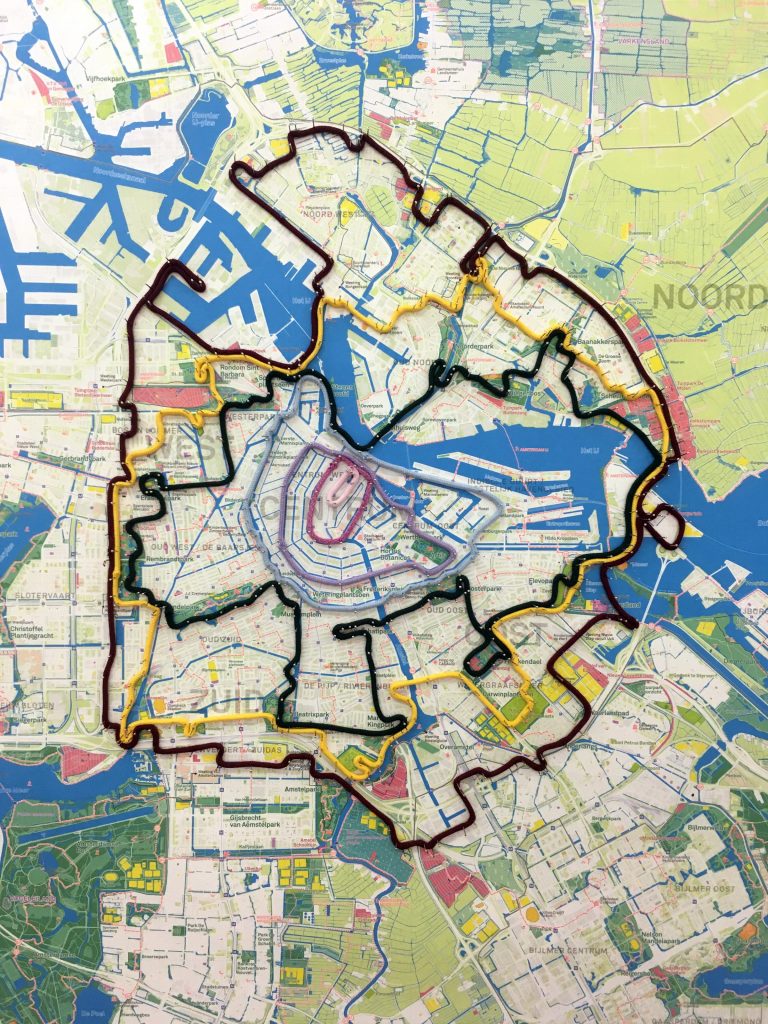 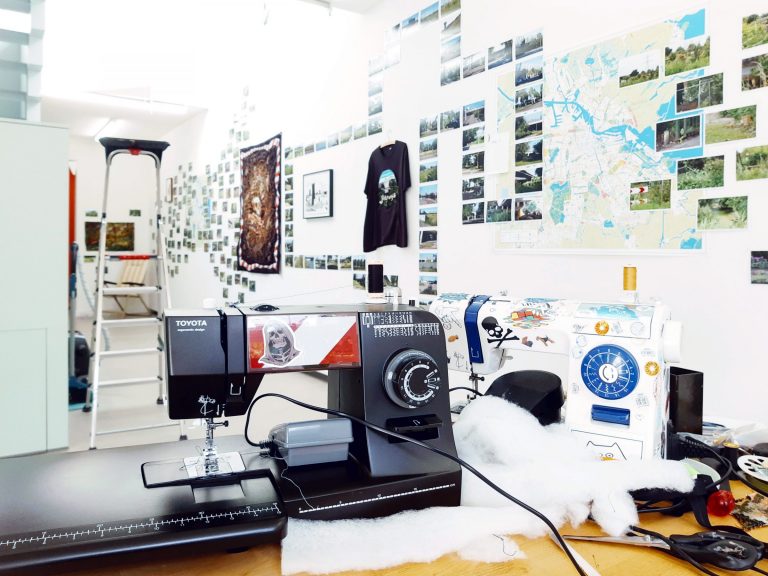 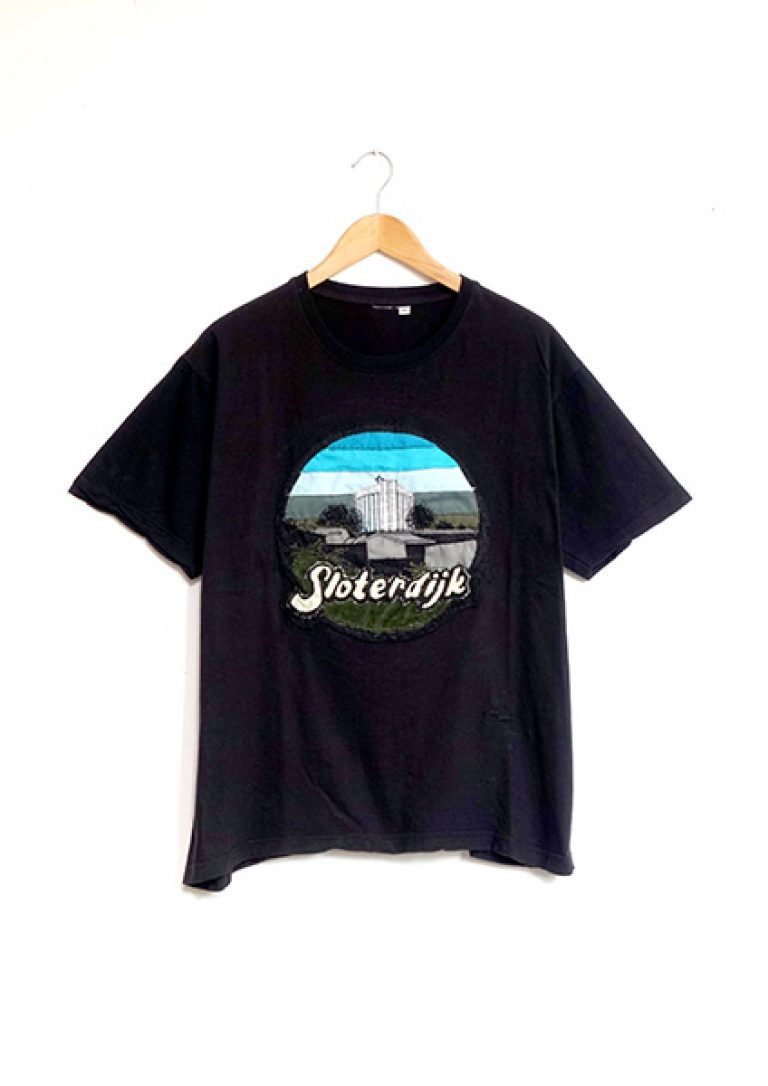 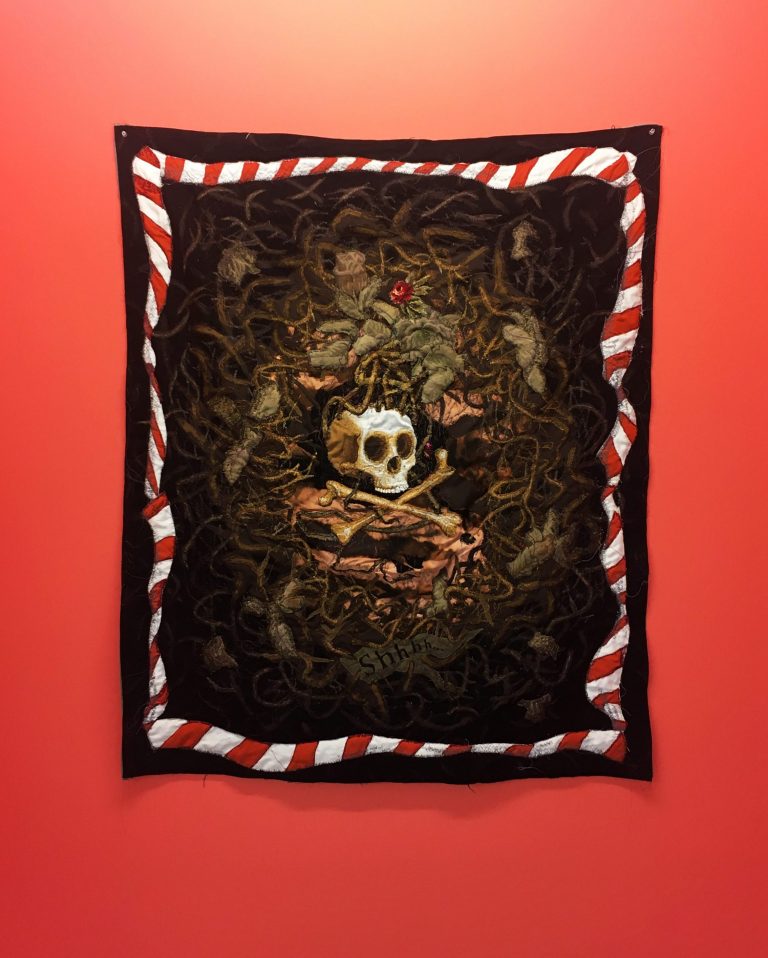 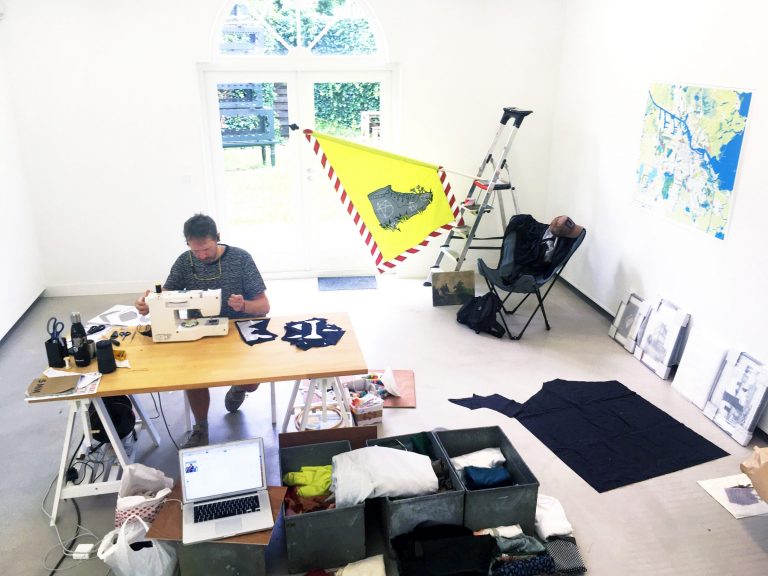 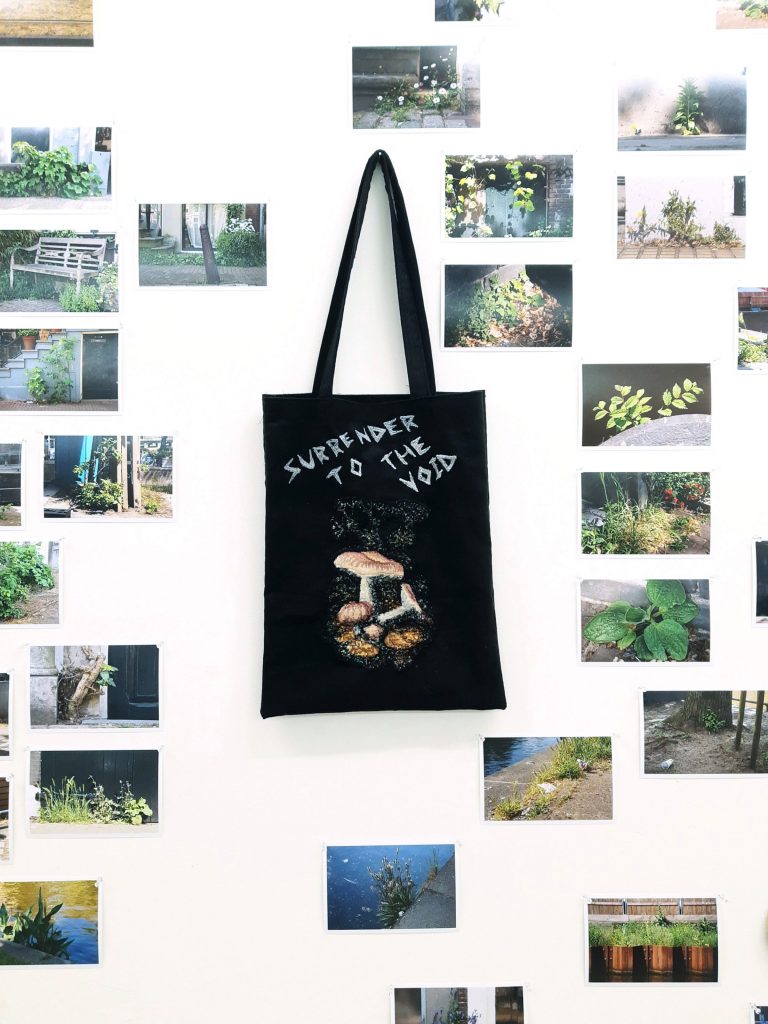 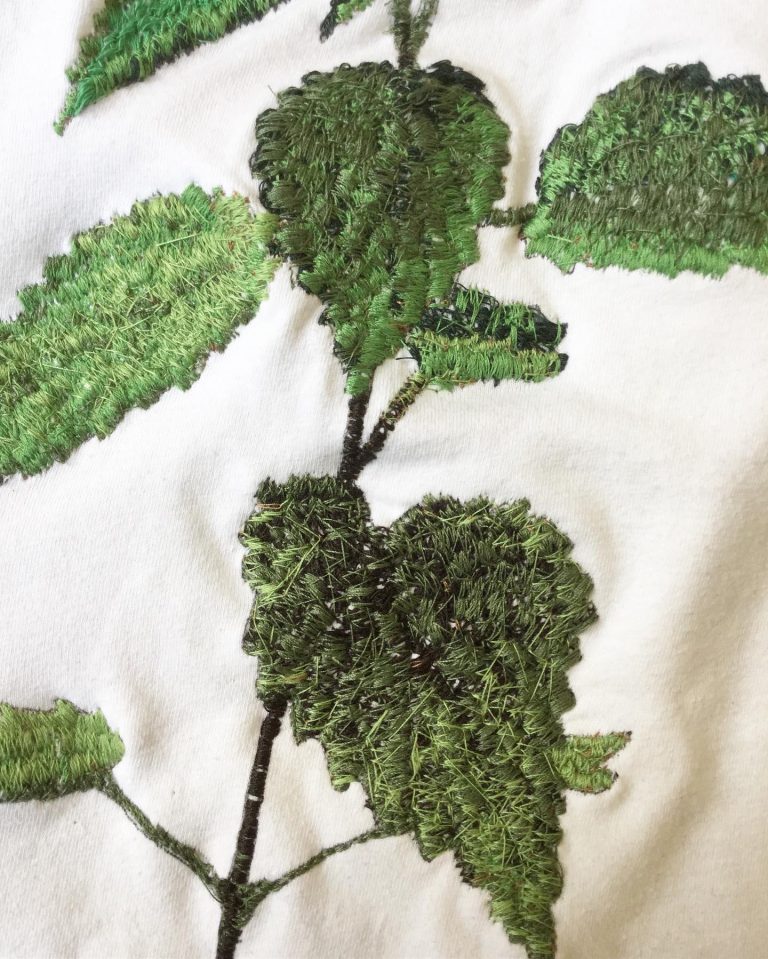 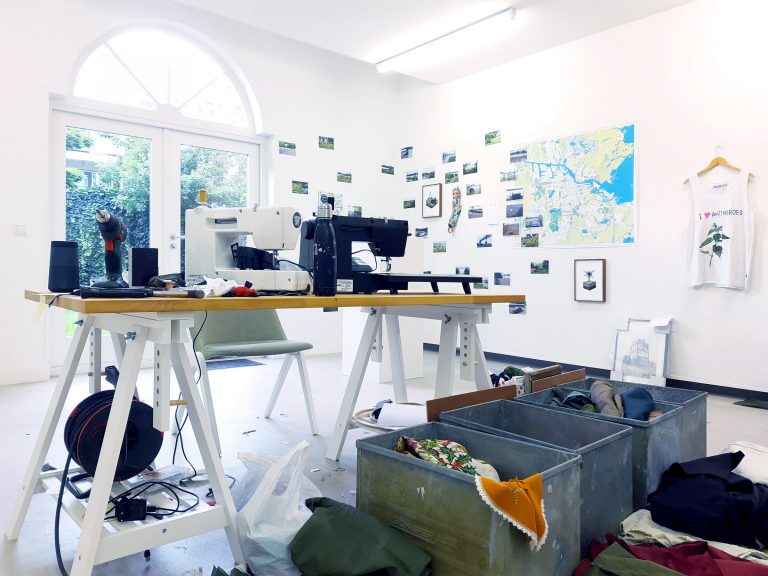 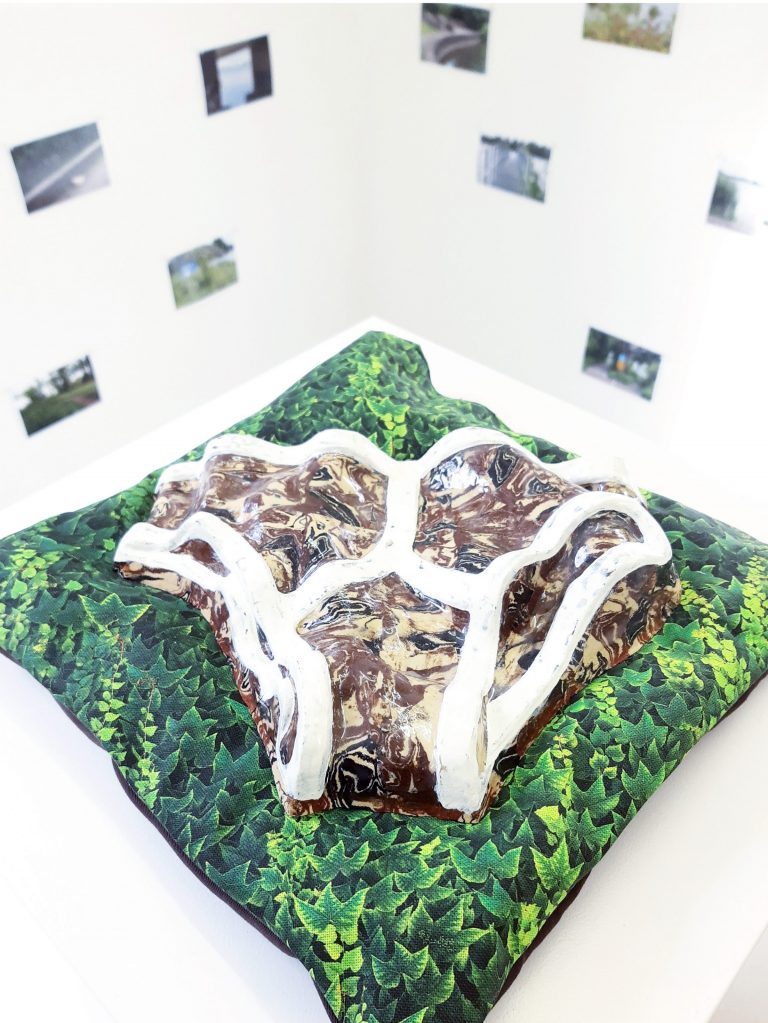 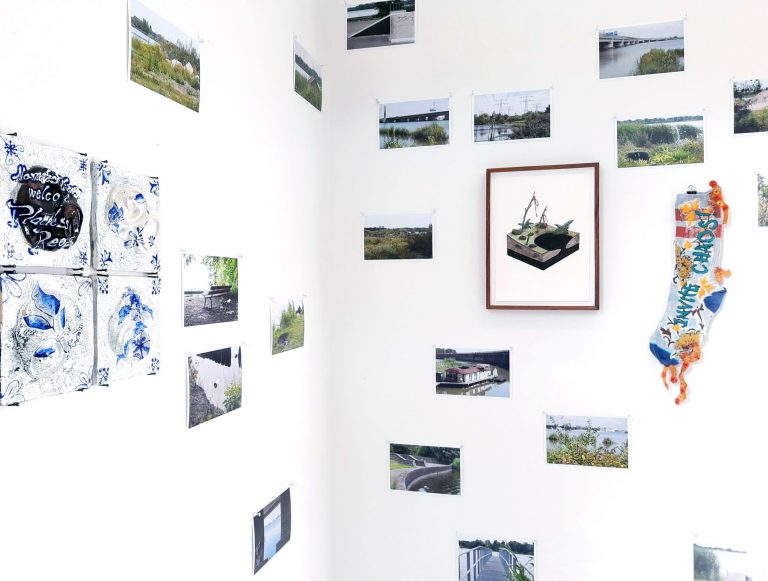 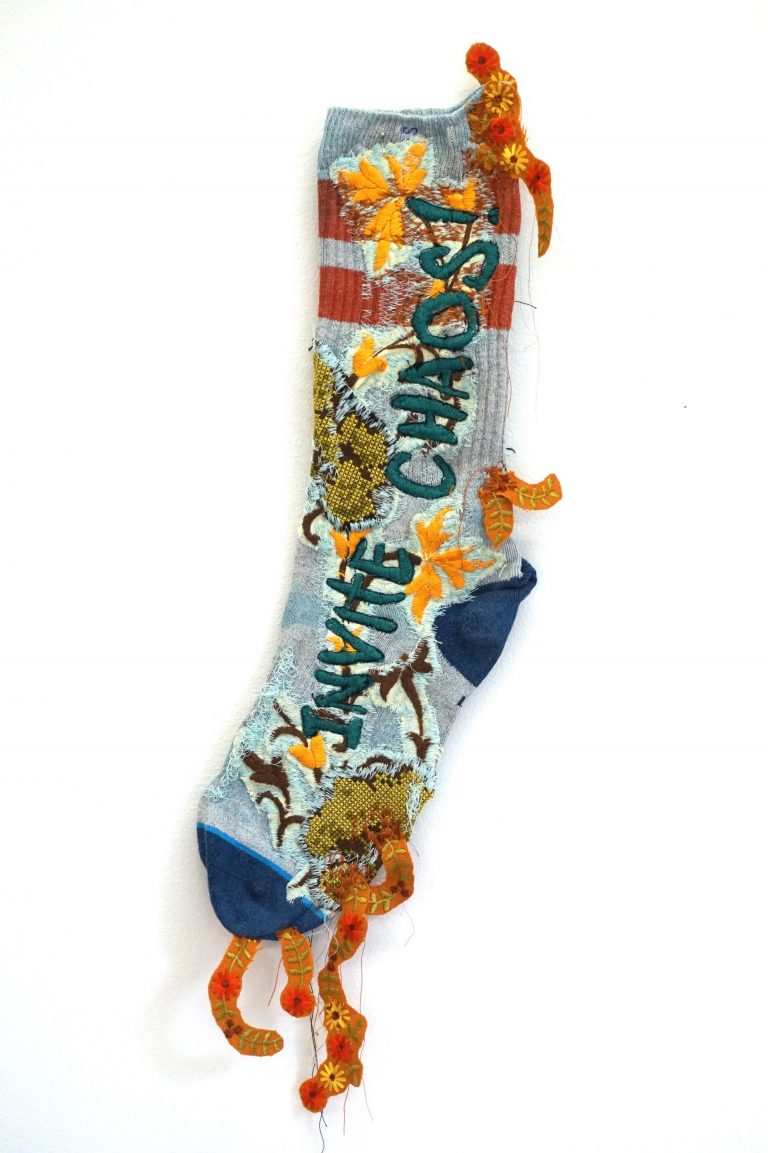 In Les Misérables (1862), Victor Hugo describes the ‘bastard countryside, somewhat ugly but bizarre, made up of two different natures’ which surrounds cities: ‘End of trees, beginning of roofs, end of grass, beginning of paving stones…’

A century and a half later, those same ambiguous non-places are what interests Lawrence James Bailey. Whereas in his earlier work he focussed on the border area between city and countryside and the rugged no man’s land that typifies this transitional zone, this summer he is looking for the urban wilderness of Amsterdam. ‘The city is human territory, entirely designed and organized, and yet weeds still grow between the paving stones. I am searching for the often unnoticed places where culture and nature collide or merge into one another in a messy limbo.’

In July and August, Lawrence is transforming Galerie Bart into a research centre where he collects materials and arranges them in relation to one another, makes drawings and textile works and shows the results. A place that is a cross between a studio and an exhibition space, while also being the base from which he explores the city on his bicycle.

Saturday, 08.08.20: 13.00 / 18.00 • Exhibition Opening Party.
You are welcome to attend the Unofficial Bastard Countryside Tour opening, to celebrate with us and to meet Lawrence James Bailey.

Thursday, 13.08.20: doors open at 19.30, start at 20.00 • The Alternative City • Lecture.
Urban geographer and Editor-in-Chief at Failed Architecture Mark Minkjan will explore the illusion of perfection in architecture and cities, and how spaces providing alternatives to the status quo continue to crop up and allow us to dream of something different.

Sunday, 23.08.20: 13.30 & 15.00 • Tales Of The Wandering Bastard • Performance.
Storyteller and Comic book maker Gus Moystad will use the spoken word to produce a tour through real and imagined landscapes. From the pages of history books, literature, poetry and the recesses of his own mind he will guide an audience through an exploration of identity, urban gothic and the politics of place.

Between No Longer and Not Yet

Only Here For The Beer

A Gift from the Underground

The End of the World

2020 •
19.04 Sunday Behind Bushes Springtime in the unofficial countryside, blog by Lawrence James Bailey.