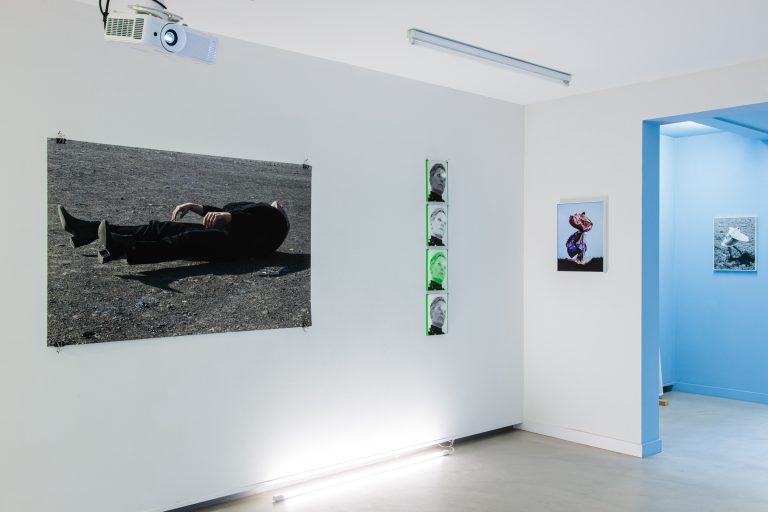 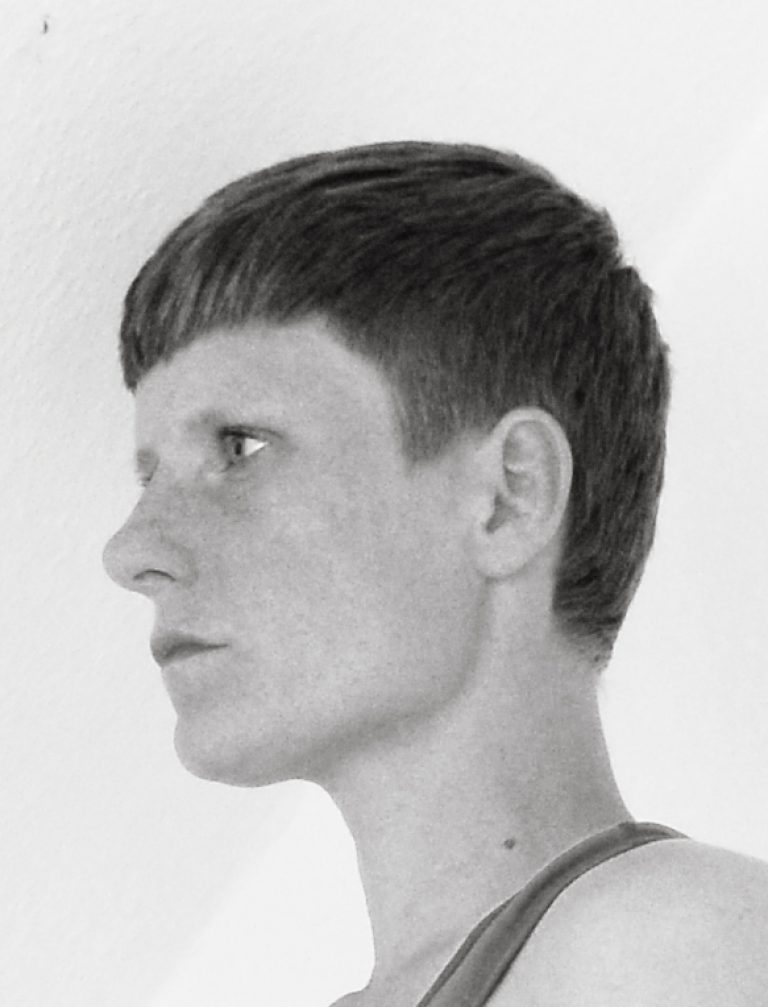 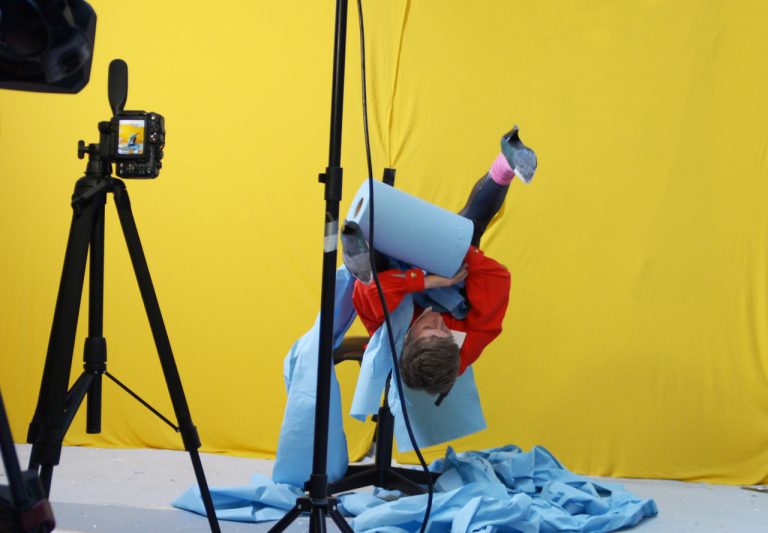 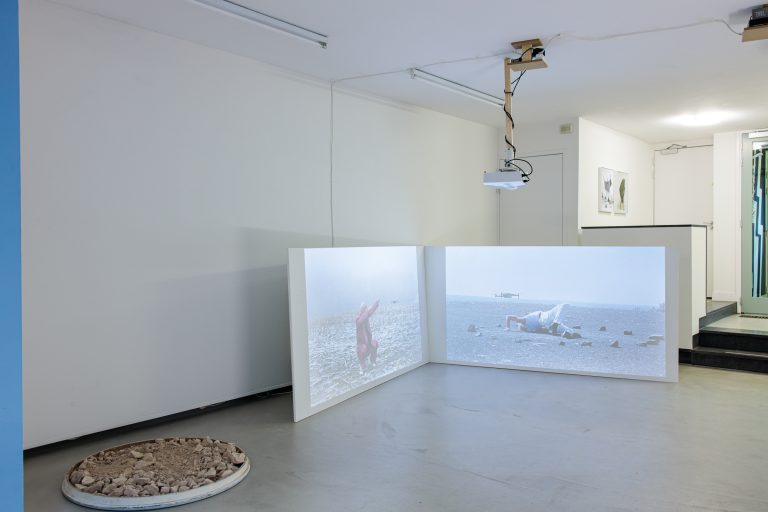 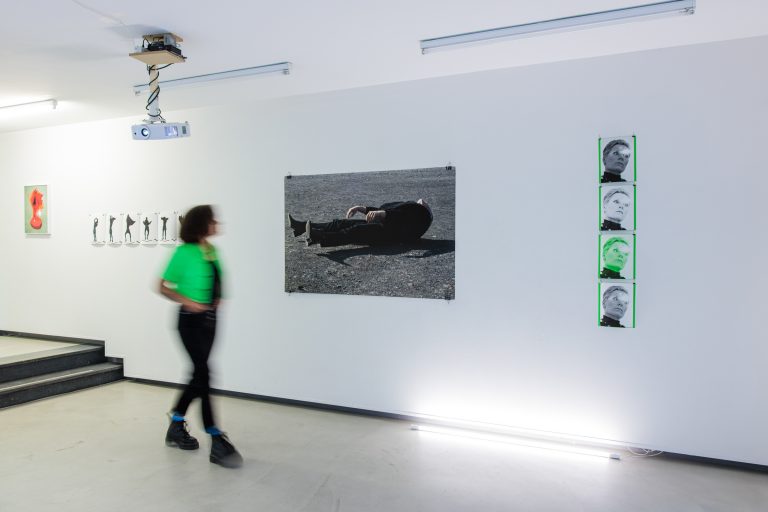 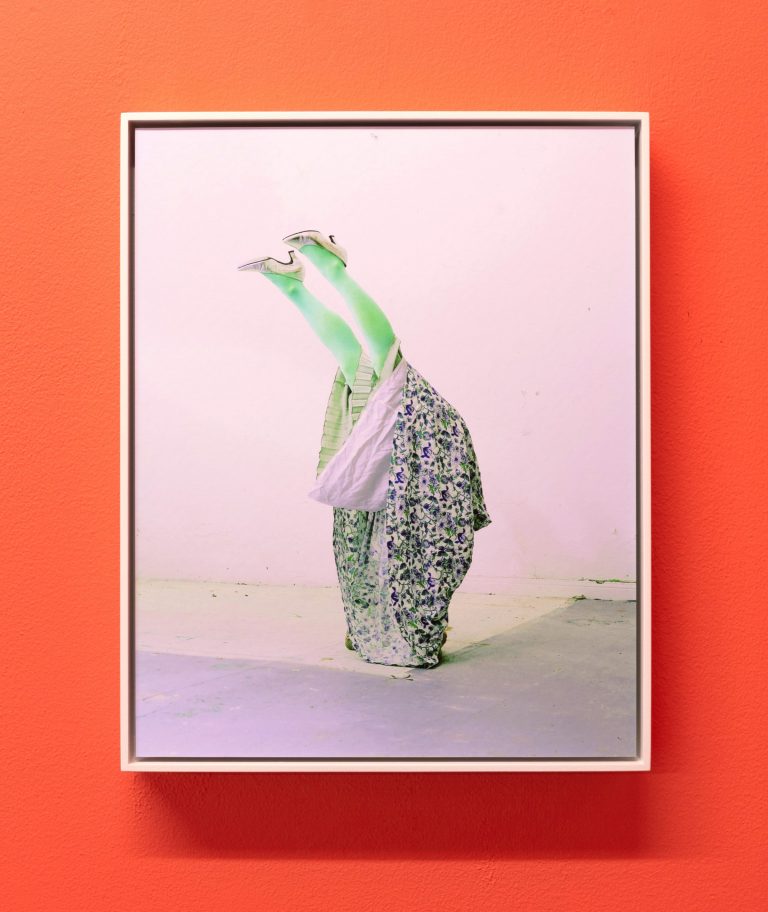 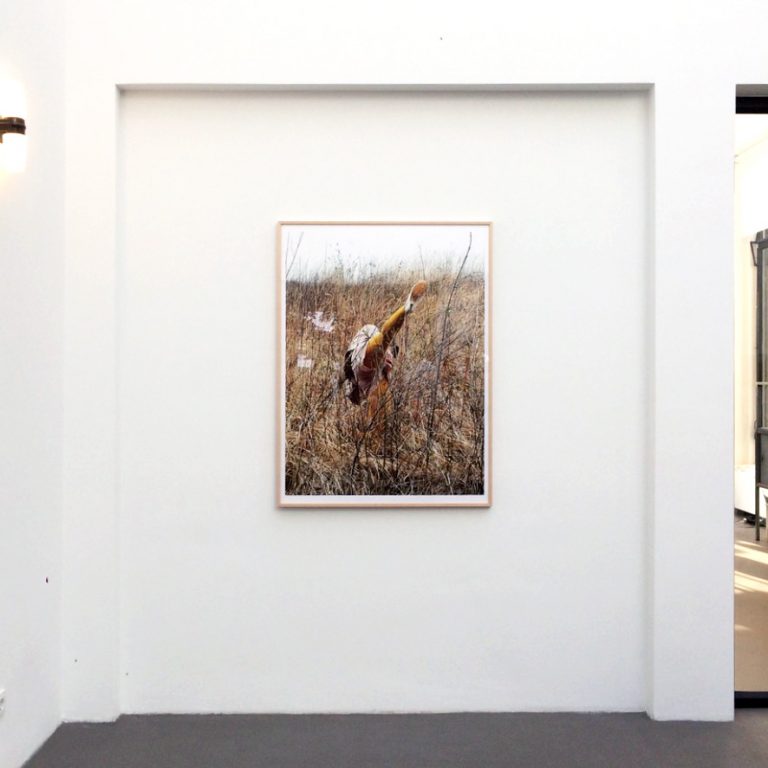 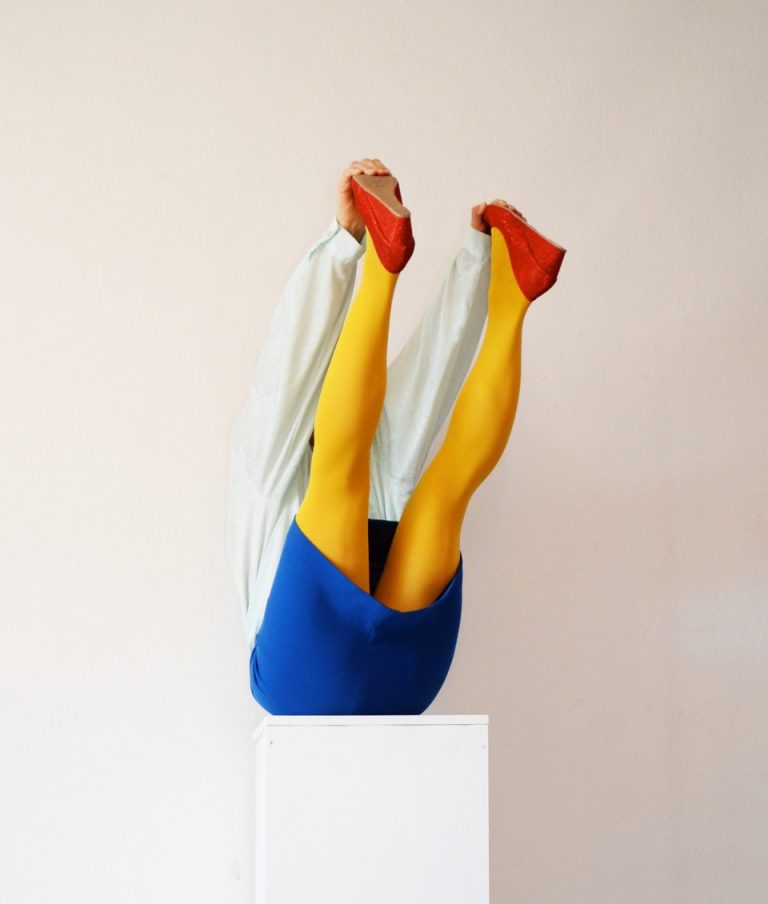 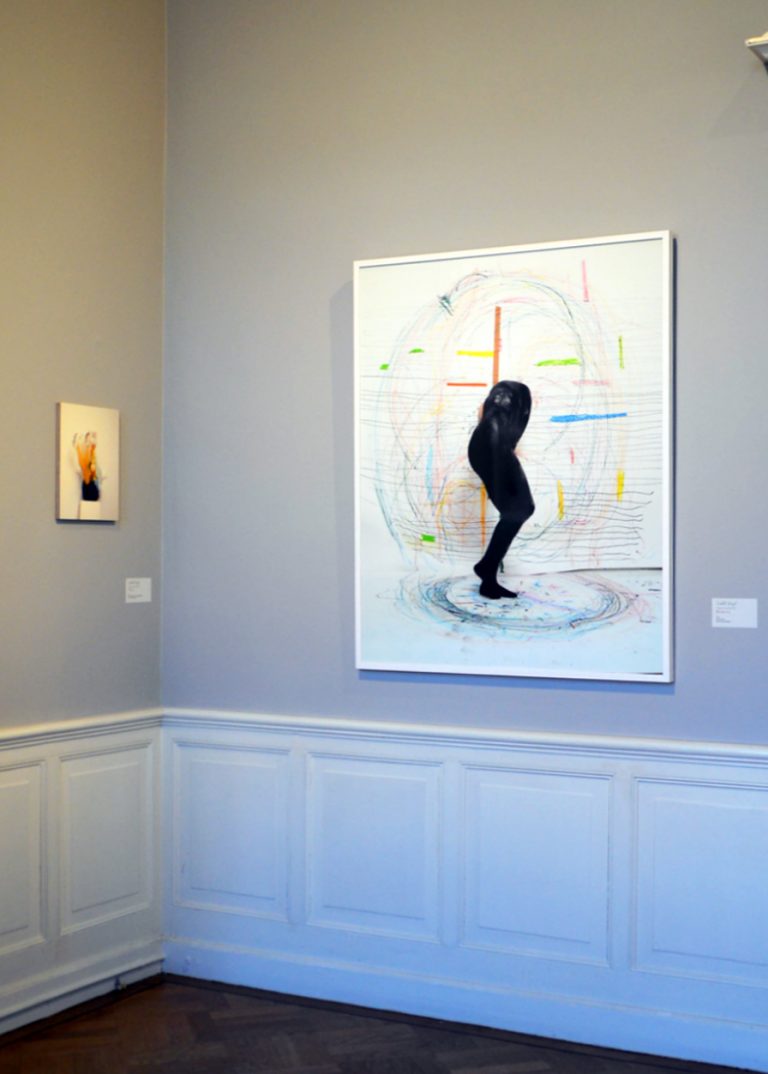 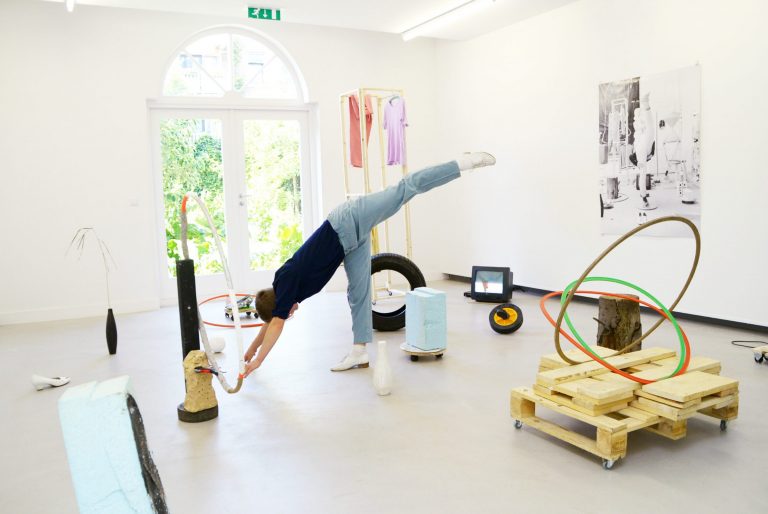 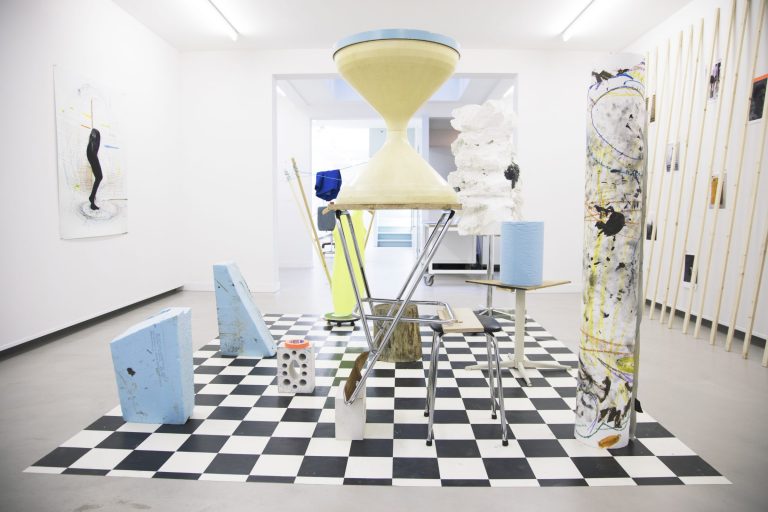 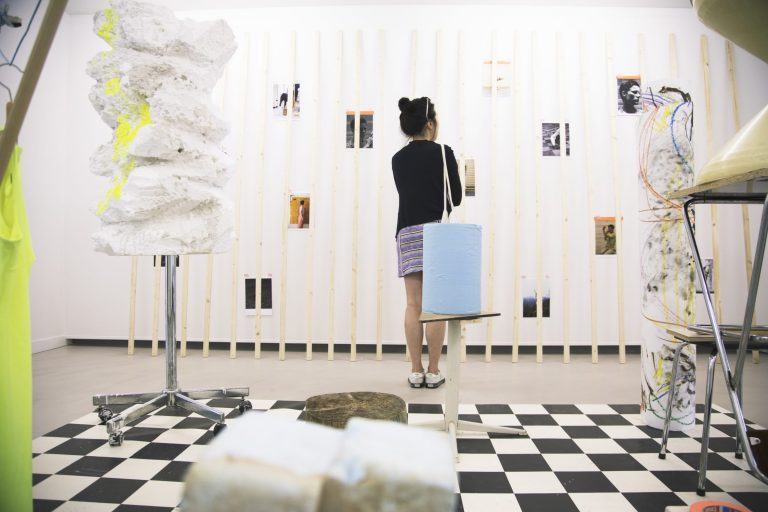 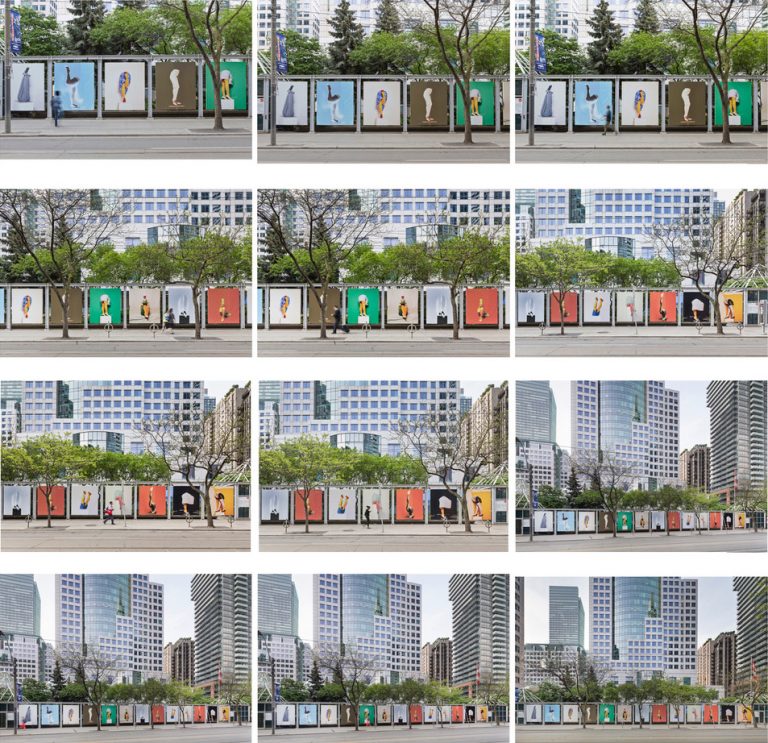 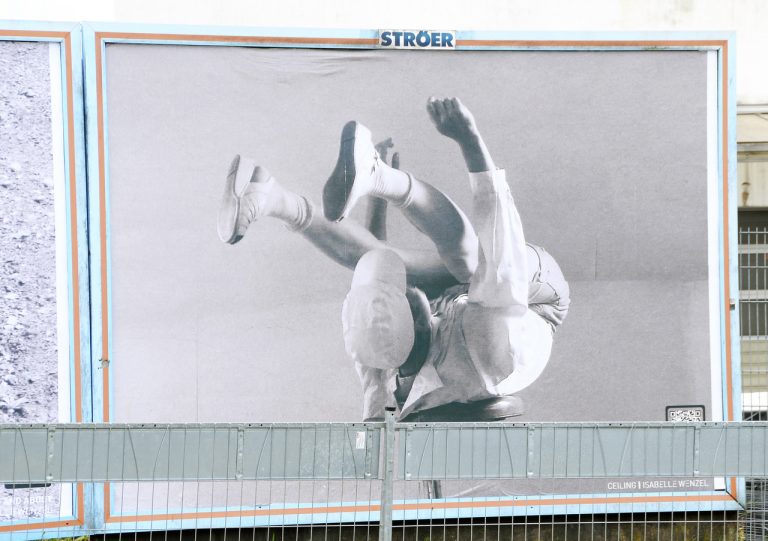 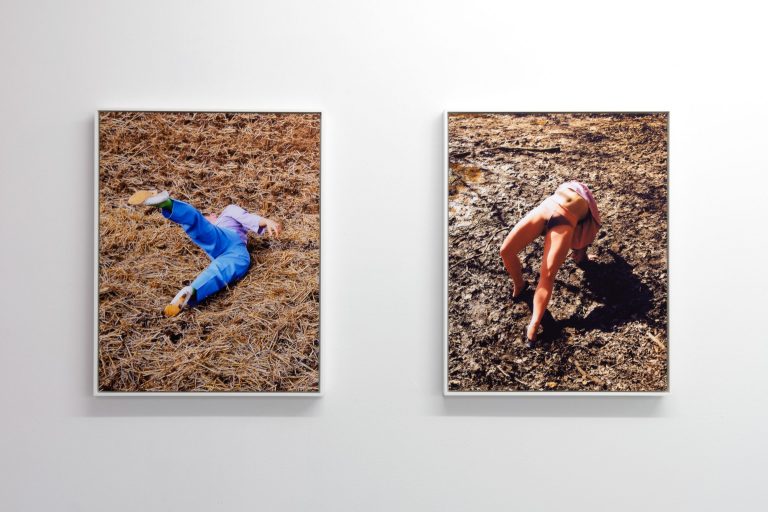 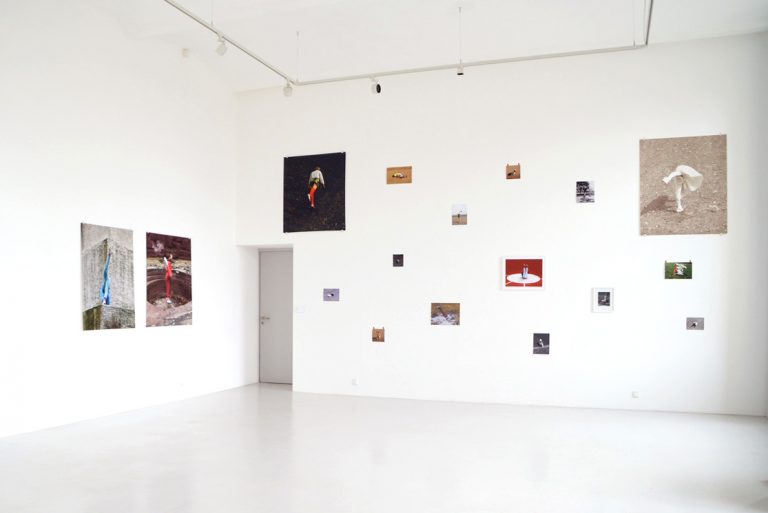 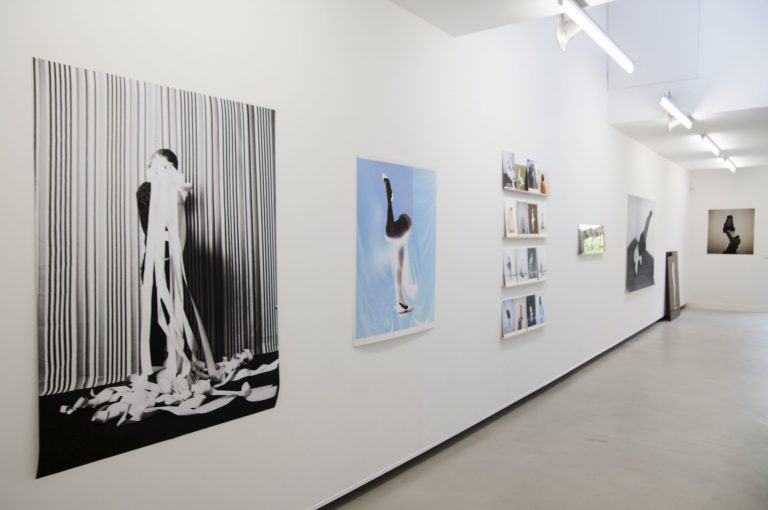 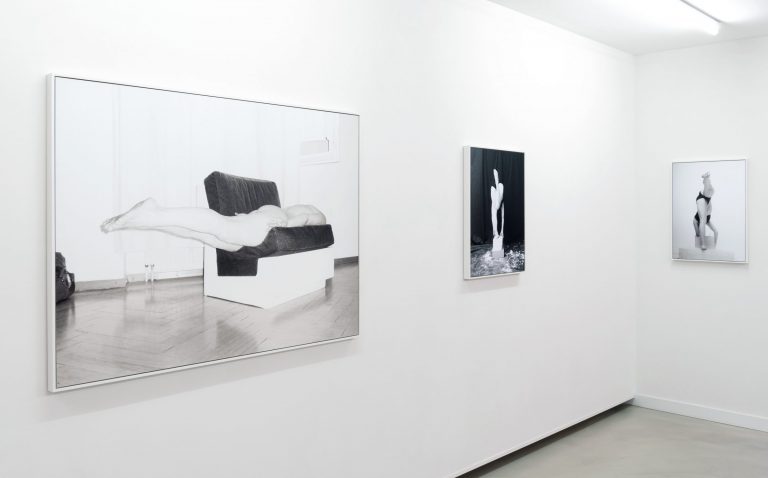 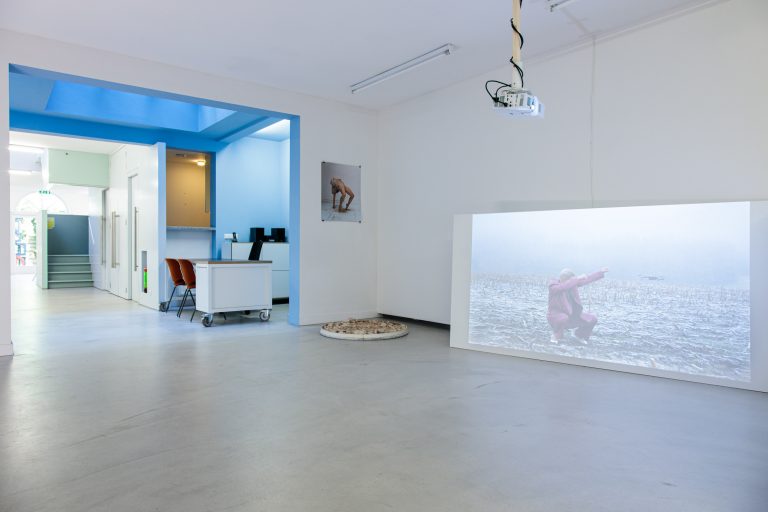 The central focus of the photographs of Isabelle Wenzel is the body as a physical form, rather than people themselves. By making a photograph, she freezes a pose in time as it were, and in doing so she draws attention to the sculptural qualities of the body. Usually, Isabelle sets her own body before the camera, giving away her acrobatic skills. Within the seconds that the self-timer allows her, she takes up an impossible position and continues to hold it until the camera has clicked.

In order to achieve a certain image, the maneuvers need to be carried out repeatedly. In this way, Wenzel does her own little experimental performance in front of the camera, which captures it for us in ‘frozen’ form as a photograph.

Isabelle Wenzel, born in 1982, currently lives and works in her hometown Wuppertal, Germany. Isabelle graduated from the Rietveld Academy in Amsterdam in 2010. Furthermore, she has extended experience as an acrobat: a practice that she incorporates in her photography.

Isabelle has been exhibiting since 2007 solo and in groups at home and abroad, both in galleries and museums. Her works have been exhibited in the Parisian Gallerie de Roussan, the Nederlands Fotomuseum in Rotterdam, Copenhagen’s Fotografisk Center, FOAM Amsterdam, Metro Hall in Toronto, Museum Het Valkhof in Nijmegen and Miami based RARE birds. Moreover, Isabelle has frequently participated in fairs and has exhibited at Art Rotterdam, Unseen, Contemporary Art Ruhr, PAN, and the Brighton Photo Biennial.

Her work has been awarded several stipends, such as the Mondriaan Fund and Kunststiftung NRW. Also, her photos can be found in the collections of FOAM, VU Medical Center, ENECO, SBK, Ymere, Kunstvijver and several private collections. The collaboration between Galerie Bart and Isabelle Wenzel dates back to 2010 and has resulted in multiple fair participations and solo and group exhibitions.

Overview of Isabelle Wenzel's multiplicity of photographs in which the body remains the most important subject. Published by Art Paper Editions, supported by Galerie Bart. 19 x 26 cm, 178 pages • € 30,-

2015 •
22.10 Der Greif ‘Artist Feature Isabelle Wenzel’ by Isabelle Wenzel.
31.08 SLEEK ‘Legs Up in the Air: Isabelle Wenzel presents at Unseen’ by Will Furtado.
30.07 British Journal of Photography ‘Cutting straight to the heart of female stereotyping in photography’, editorial.
25.07 Dazed Digital ‘This photographer defies gravity with these awkward images’ by Ashleigh Kane.
11.06 Autre ‘Traces in the Snow: An Interview with Isabelle Wenzel’ by Abbey Meaker.
28.04 Anti-Utopias ‘Isabelle Wenzel: Models & Figures’ by Sabin Bors.