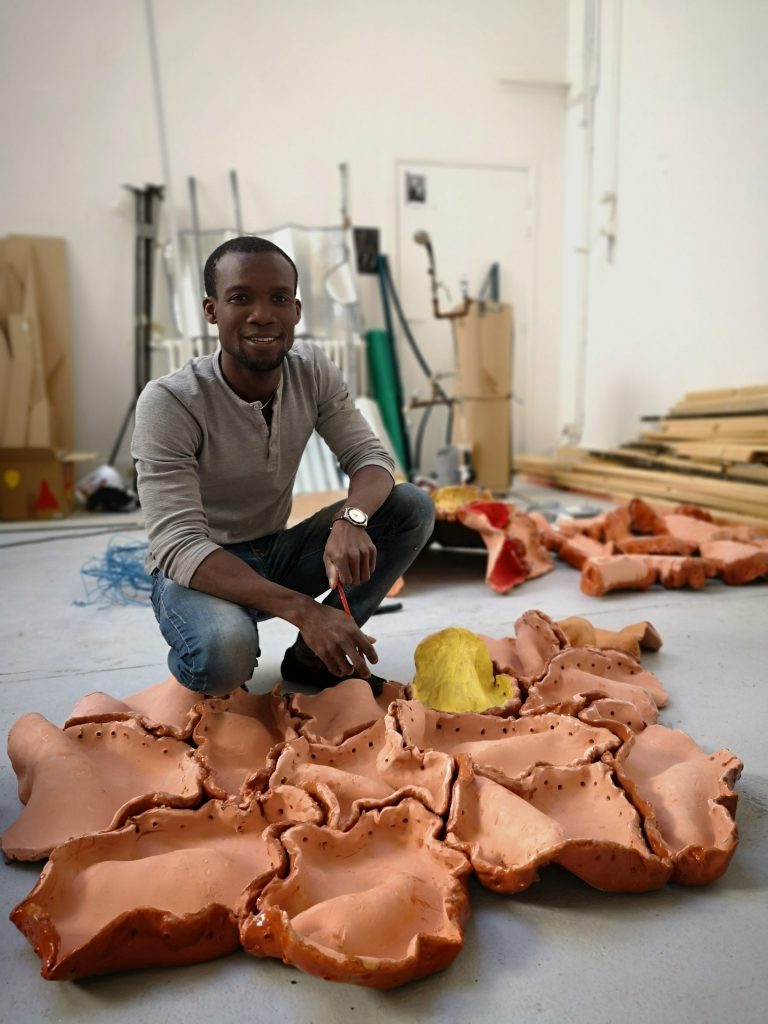 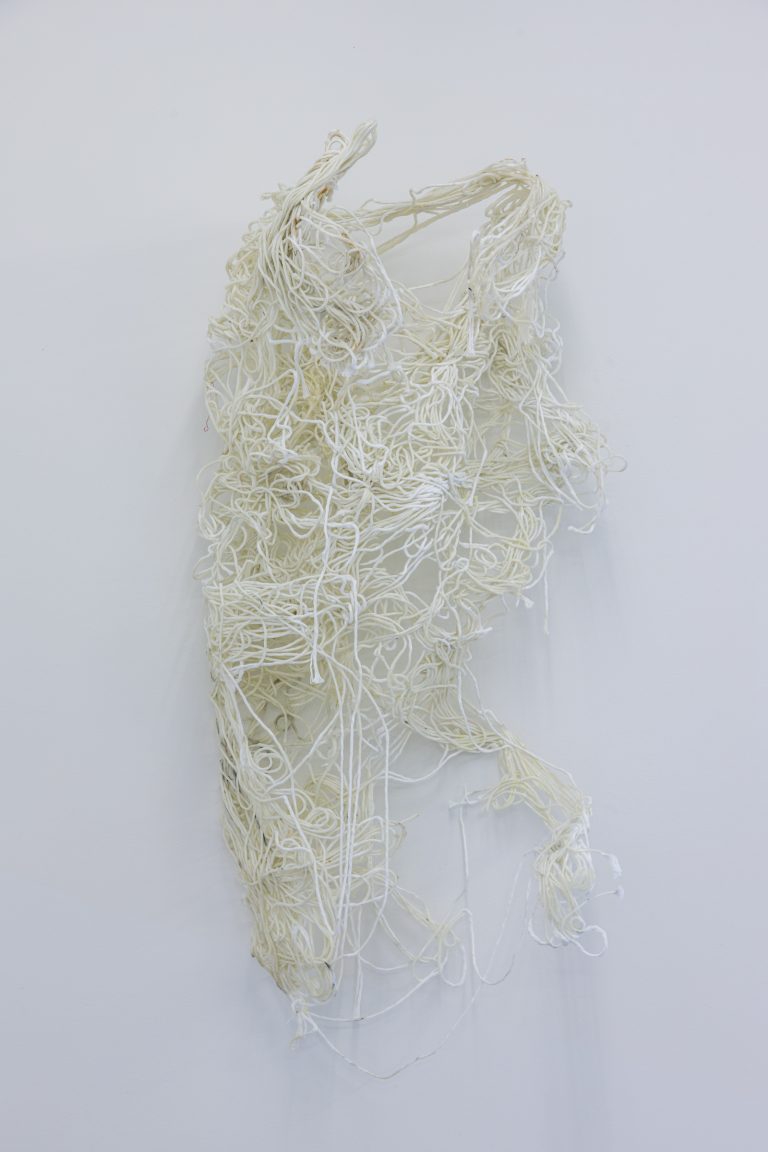 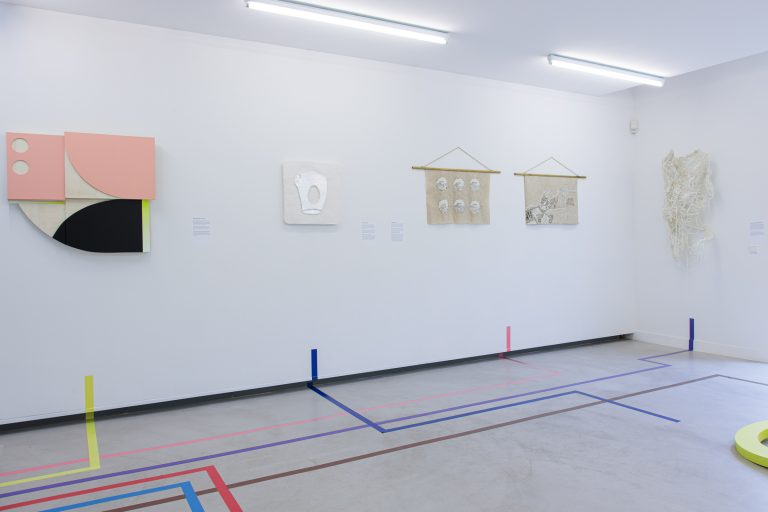 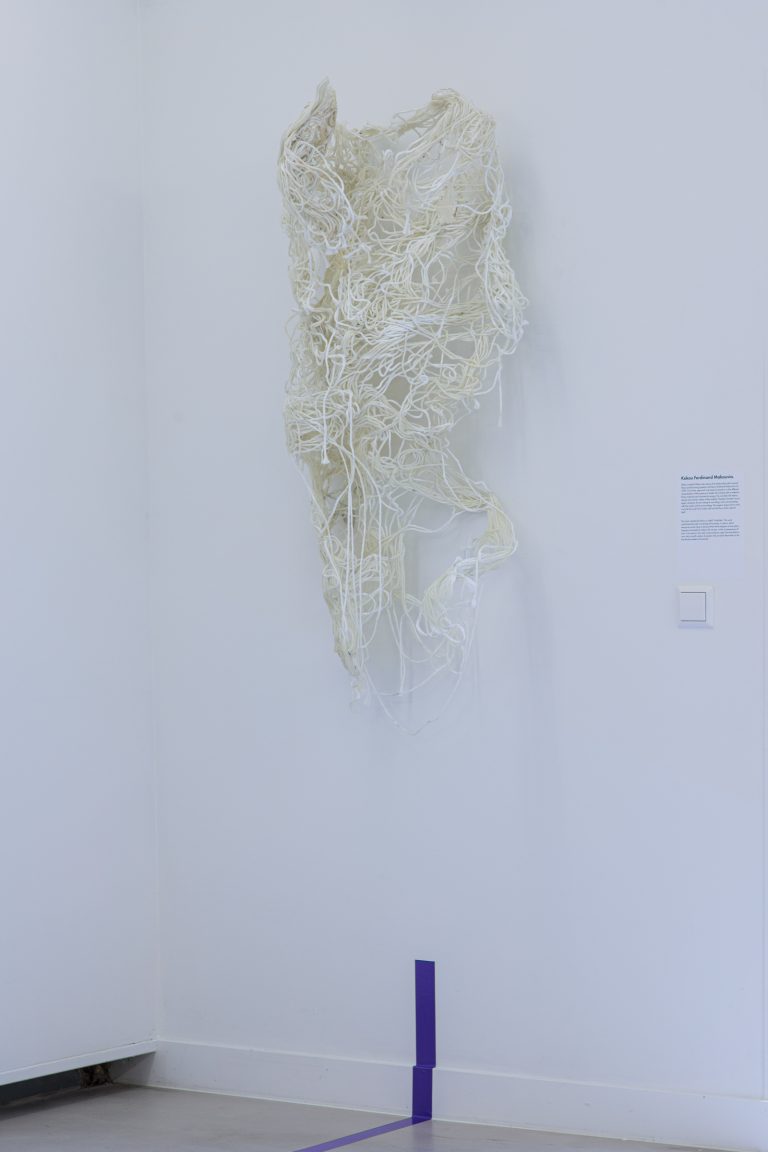 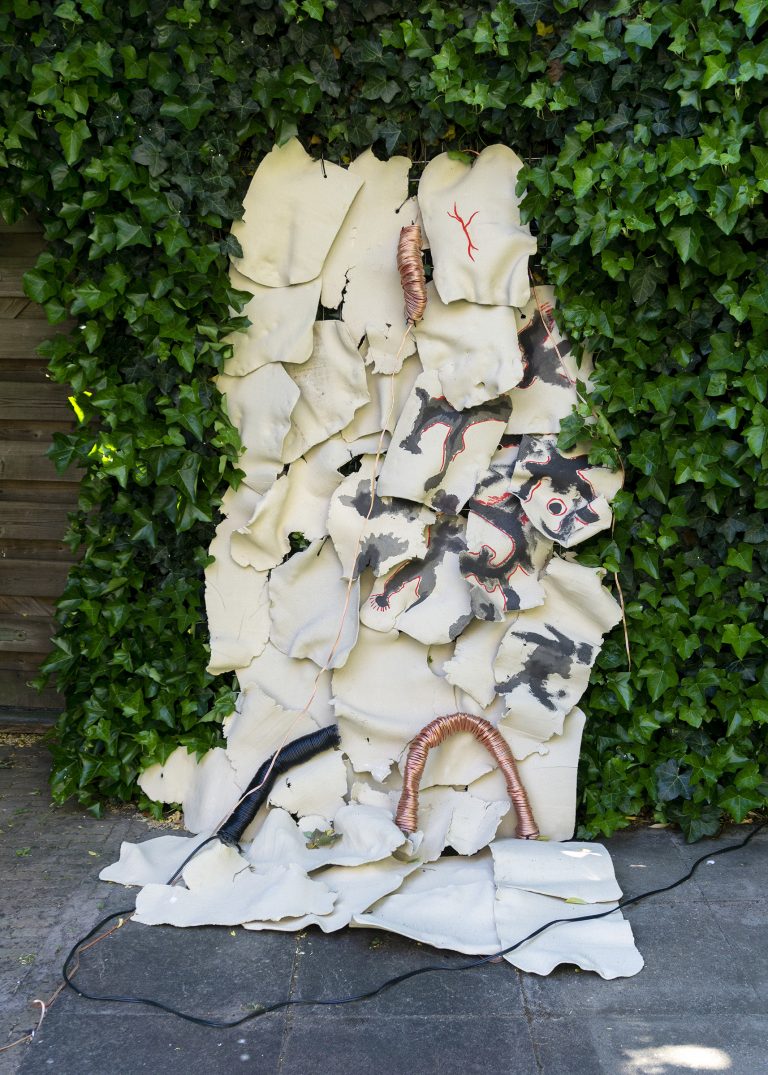 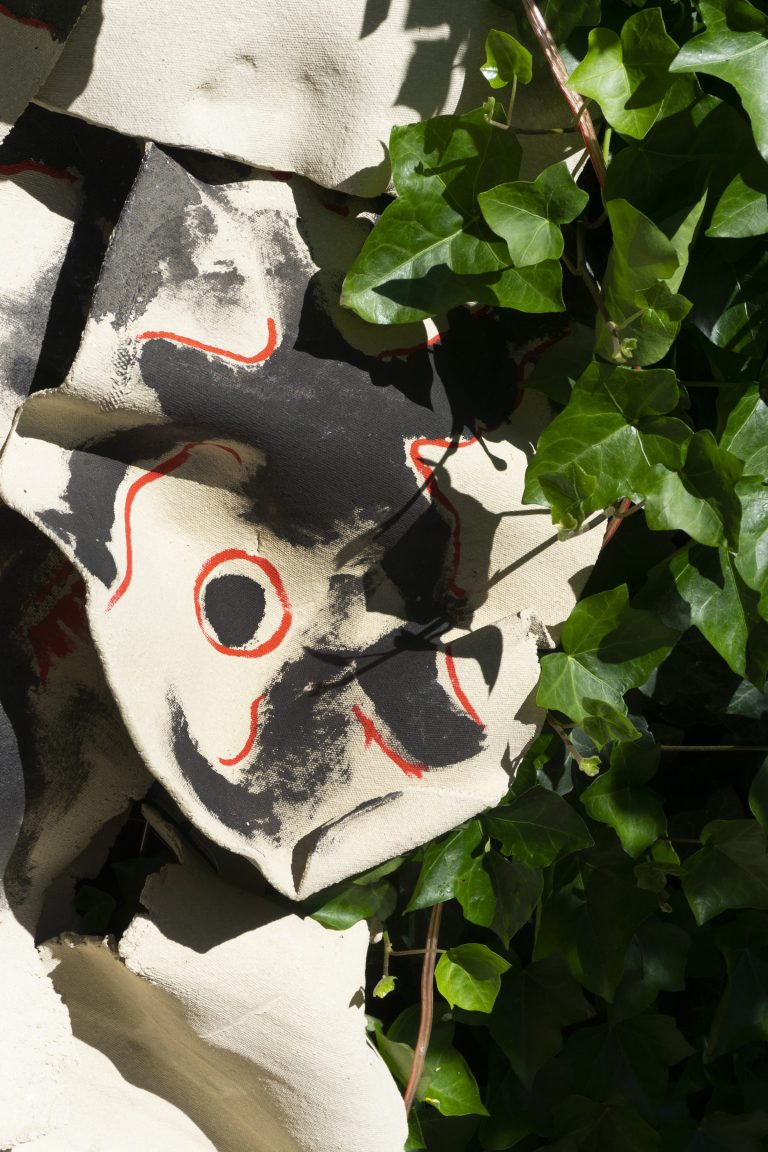 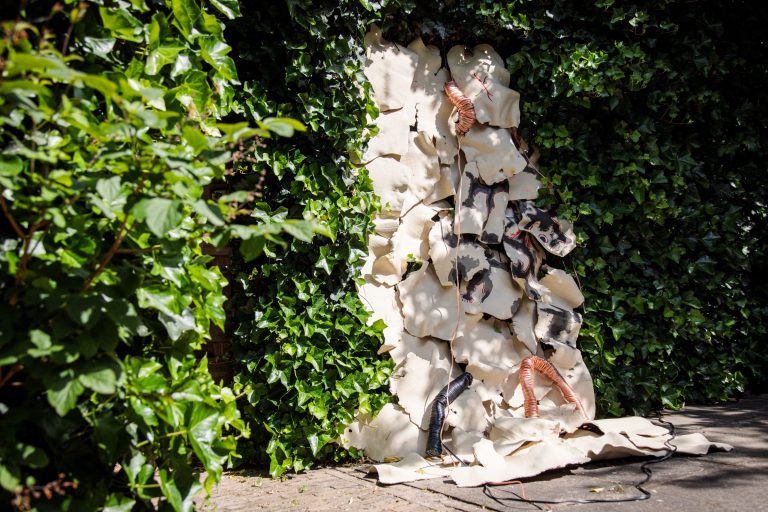 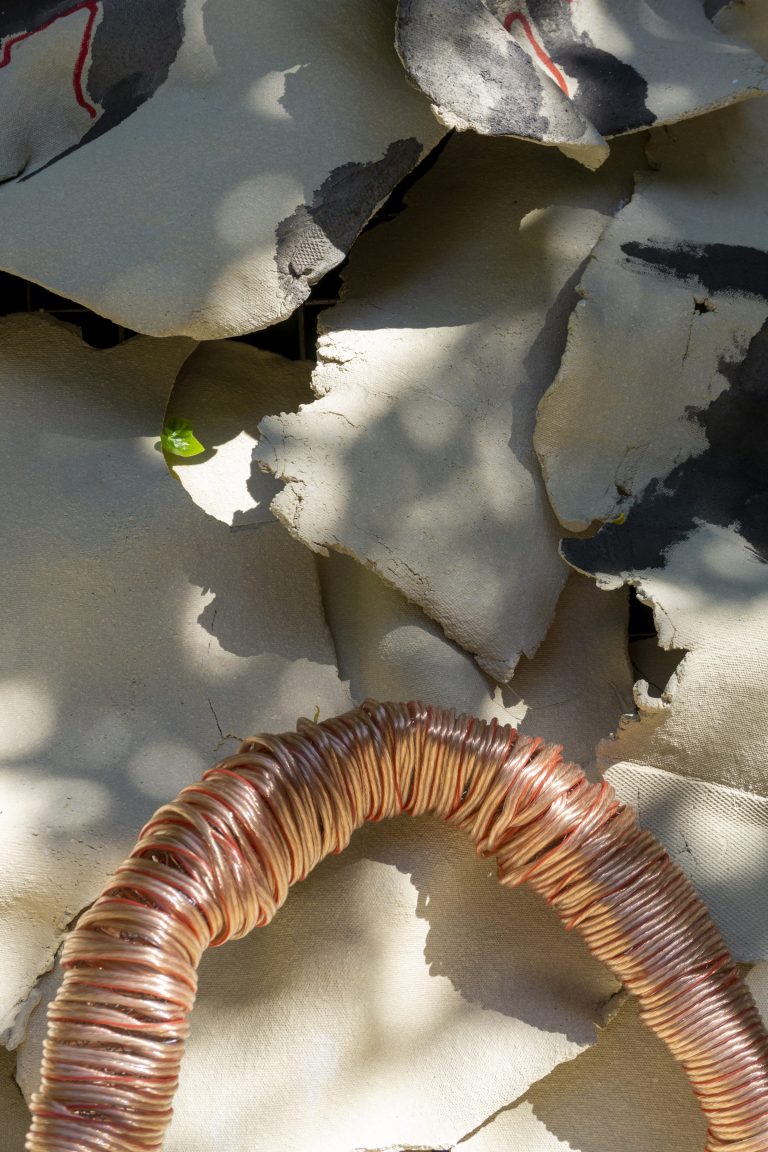 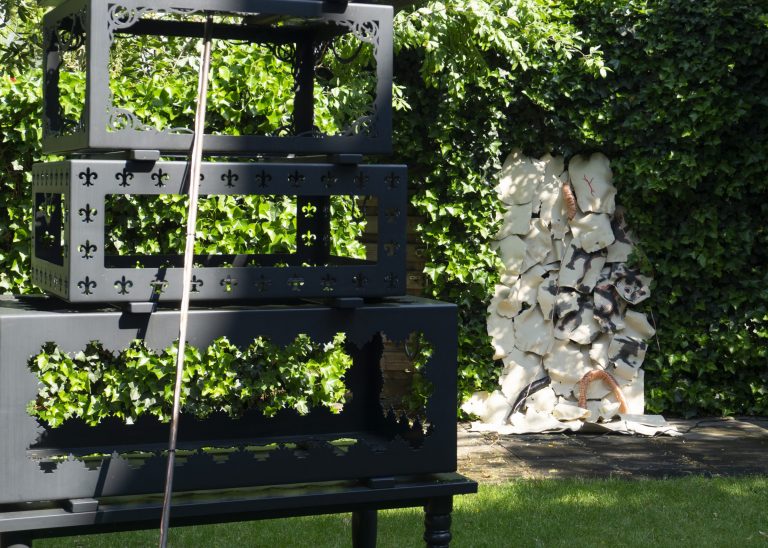 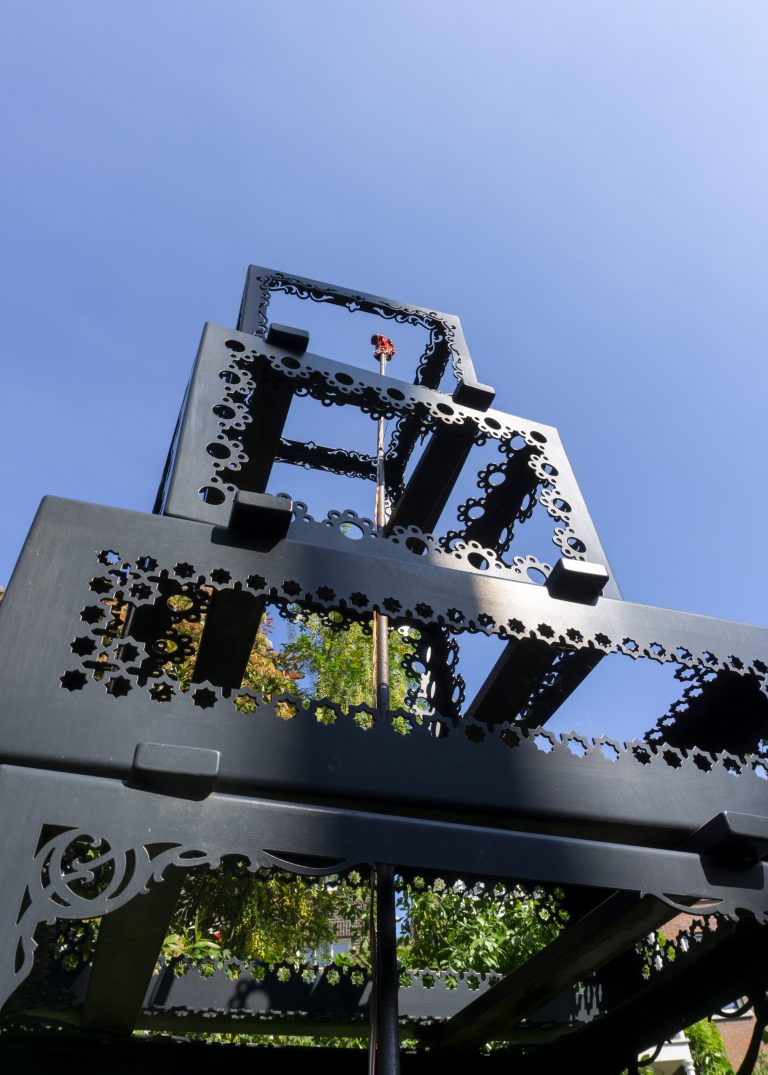 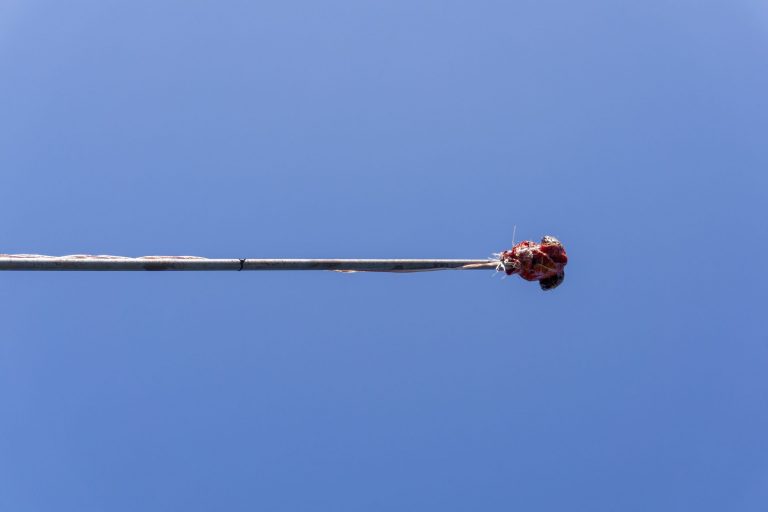 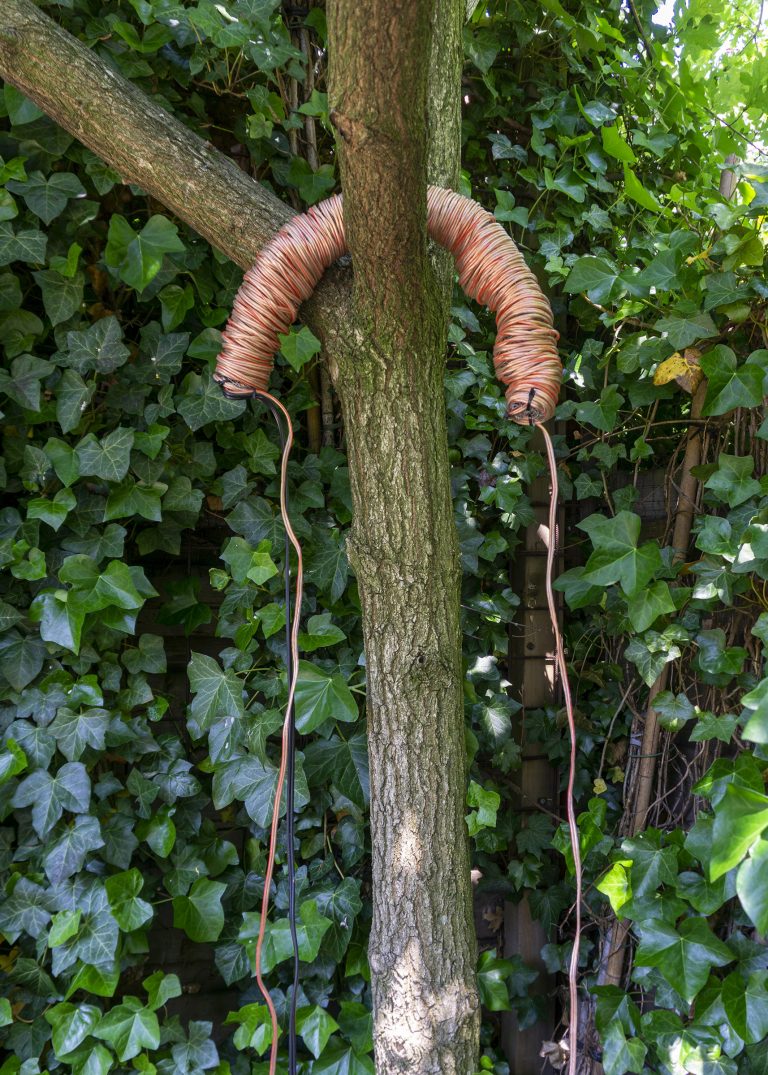 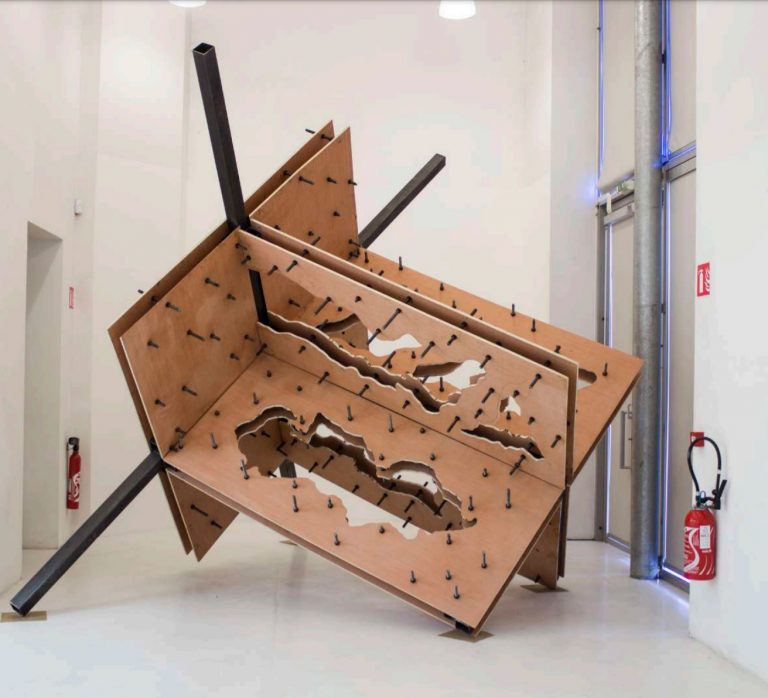 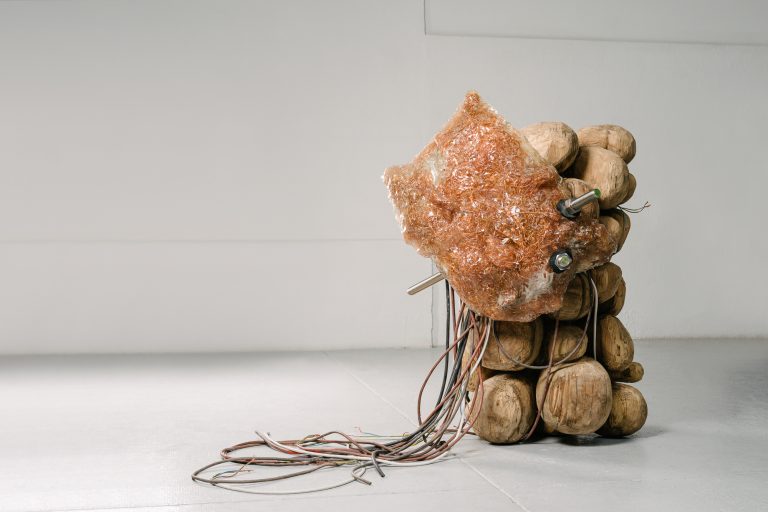 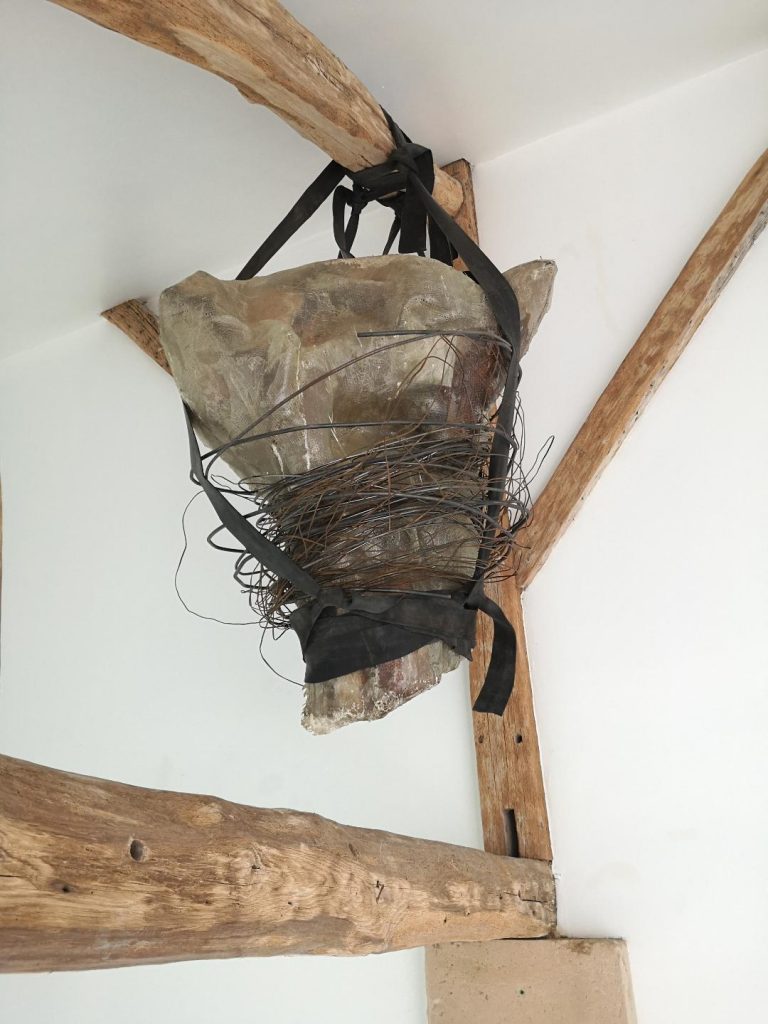 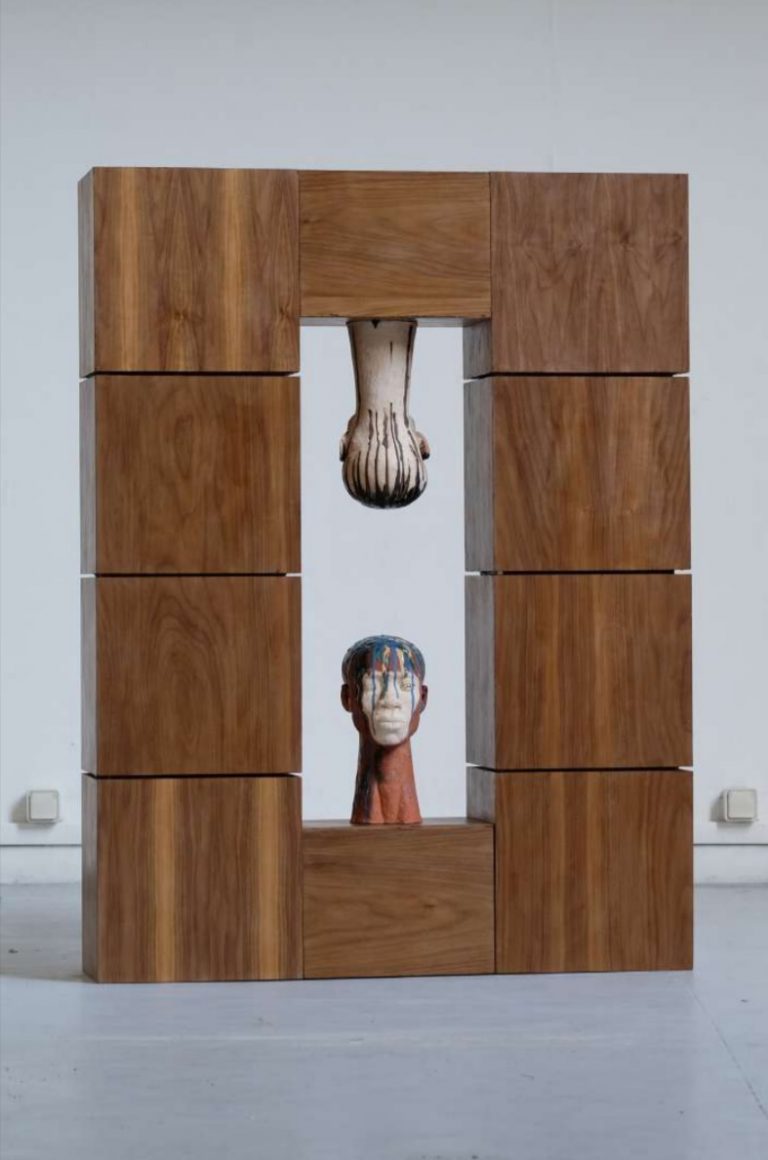 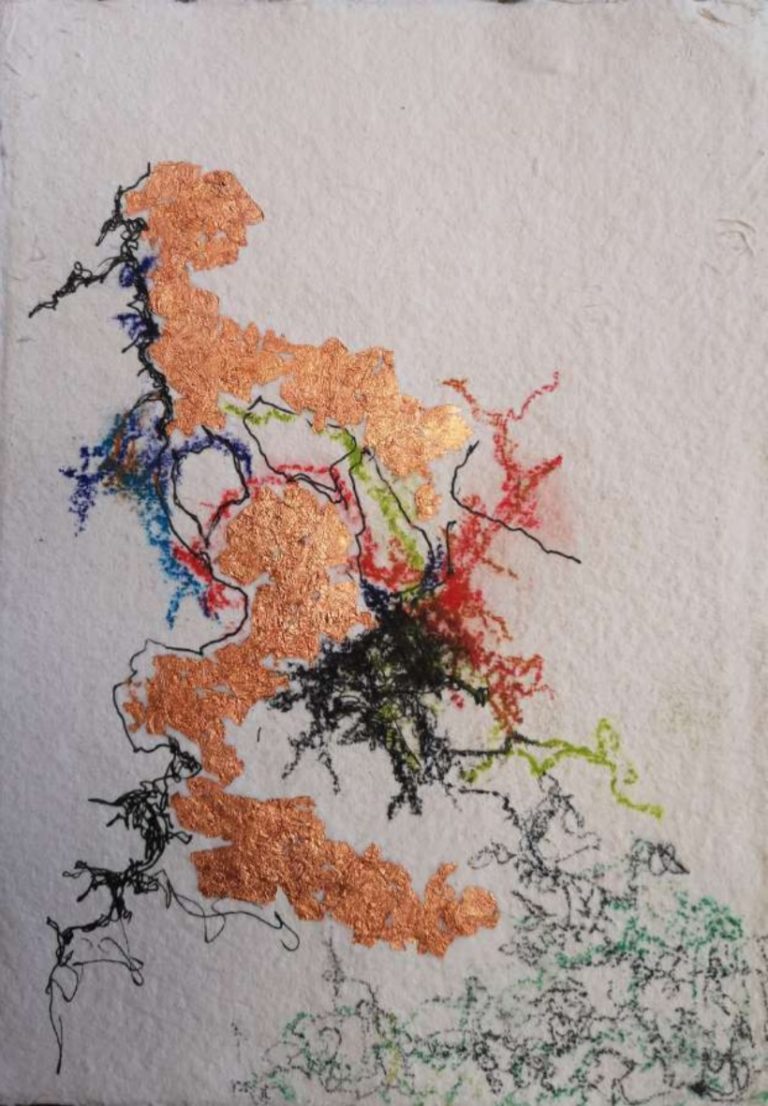 What is matter? What is the nature of its relationship with humans? These are the driving questions of Kokou Ferdinand Makouvia’s artistic approach. He bases his practice on the different characteristics of the essence of matter. By working with a material, Kokou Ferdinand explores and channels its energy. He conciders the history, density and intrinsic values of the material. Thereby he treats it as an agent, acting on its own, being its own thing, and communicating with the viewer and its surroundings. The organic shapes of his work are both the result of his artistic skill and the flow of the material itself. Kokou Ferdinand not only acts as an artist, but also as a mediator, shaping the material into what it wants to become.

In general, Kokou Ferdinand works on the vernacular character of contemporary sculpture, based on his travel experiences, his artistic training and the traditional Mina culture, situated in the south his home country of Togo. He works with a wide range of materials, being a carpenter, metallurgist, terracotta sculptor and resin caster. He often starts with two or more different materials and forms a single entity out of them through experimentation. The materials cohabit, they reject each other and ultimately they merge. As Kokou Ferdinand Makouvia describes it himself: “In this state of permanent reaction between the materials, the created form passes from the object state to the subject state. It breathes, moves, lives and communicates. It now exists and questions humans on notions of their existence in time and space.”

Kokou Ferdinand Makouvia, born in 1989 in Lomé, Togo, is currently based in Paris and Amsterdam. Having a background in Mathematics and Technologies, he started his artistic formations in 2014 by completing a Bachelor in Visual Arts at the Institut National Supérieur d’Arts of Abidjan, Ivory Coast. He continued studying art from 2014 through to 2021 at different institutions, such as the École Supérieure d’Art et de Design in Valenciennes and the École Nationale Supérieure des Arts in Paris and De Ateliers in Amsterdam.

Kokou Ferdinand’s works have been exhibited since 2012 in solo and group exhibitions in galleries, museums and art fairs around the world. The countries where his exhibitions have taken place vary from Togo to the USA, from France to Ivory Coast and from Germany to Ghana. The venues that have shown his work include the Biennale Vogelfrei 11 in Darmstadt, Noudow Art in Cotonou, Galleria Continua in Le Moulin de Boissy, Fondation Louis Vuitton in Paris and Musée Paul Ahyi in Lomé. In the Netherlands Kokou Ferdinand has exhibited in 2021 at Galerie Wilfried Lentz in Rotterdam, De Ateliers in Amsterdam and Kunstfort Vijfhuizen. Moreover, he has frequently participated in fairs, such as 1-54 in New York and London, the AKAA, DDESSIN and YIA, all three in Paris. Galerie Bart shows his sculptures for the first time in the 2021 outdoor exhibition Overflowing Overgrowth.

Kokou Ferdinand has received several awards for his work, such as the Prom’art Jeune International, the price “Etre né quelque part”, at the UNESCO center in Paris, the Prix des Amis des Beaux-Arts de Paris, the Prix Aurige Finance and the Prix Juvenars-IESA, all in France.