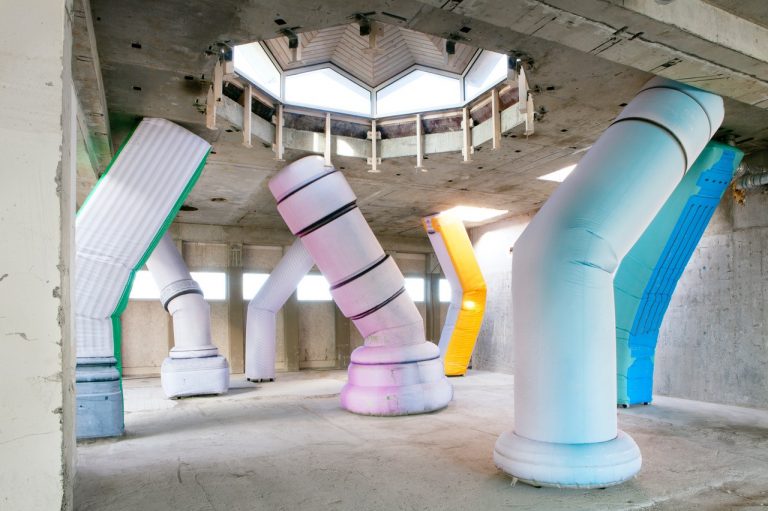 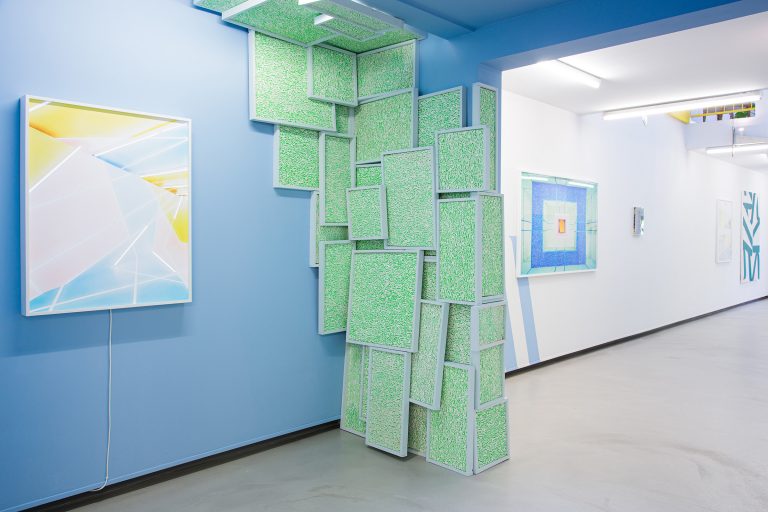 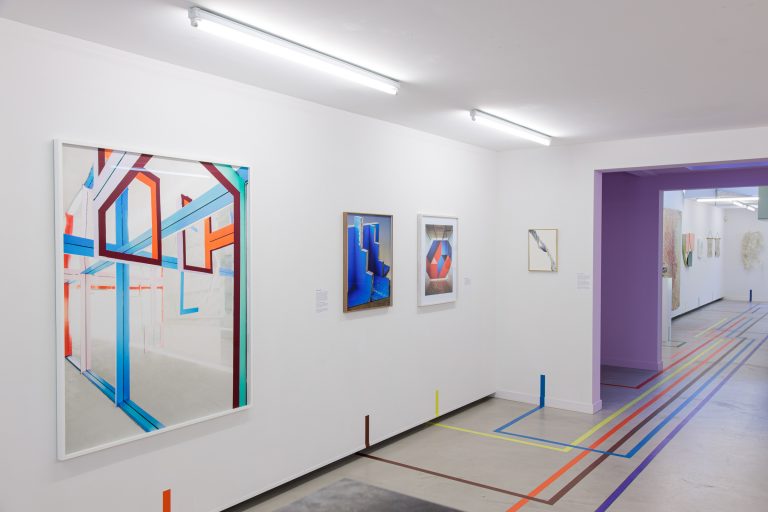 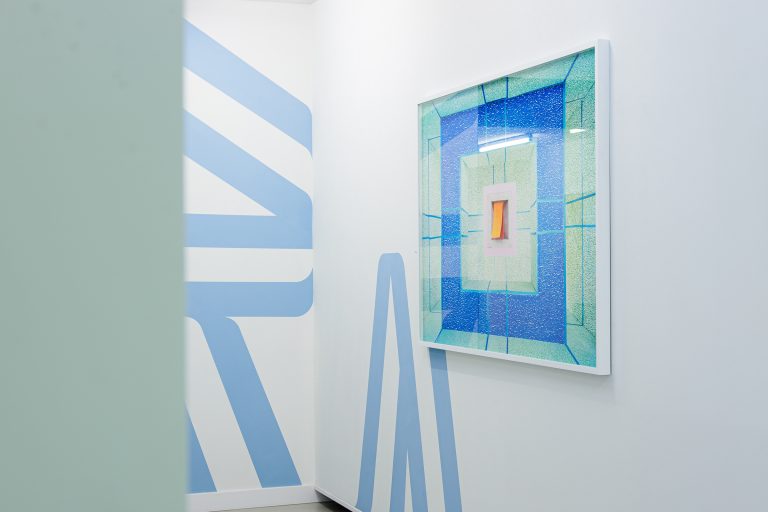 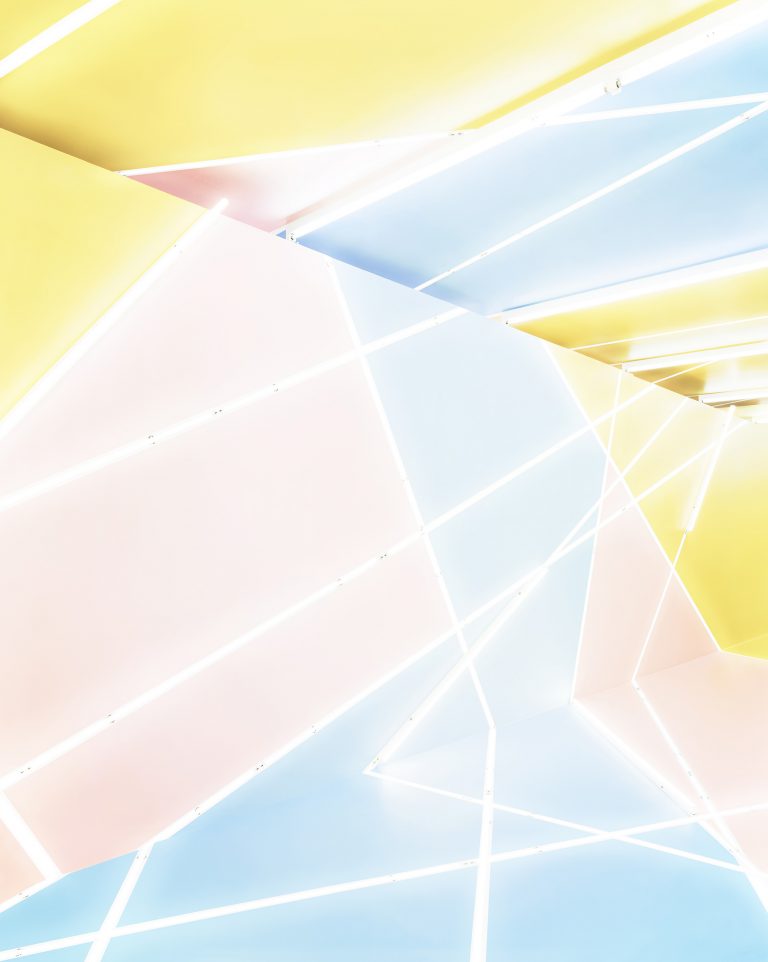 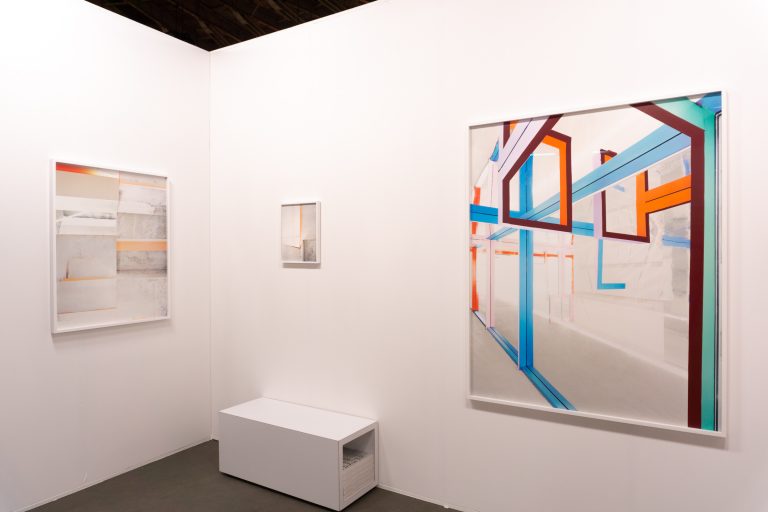 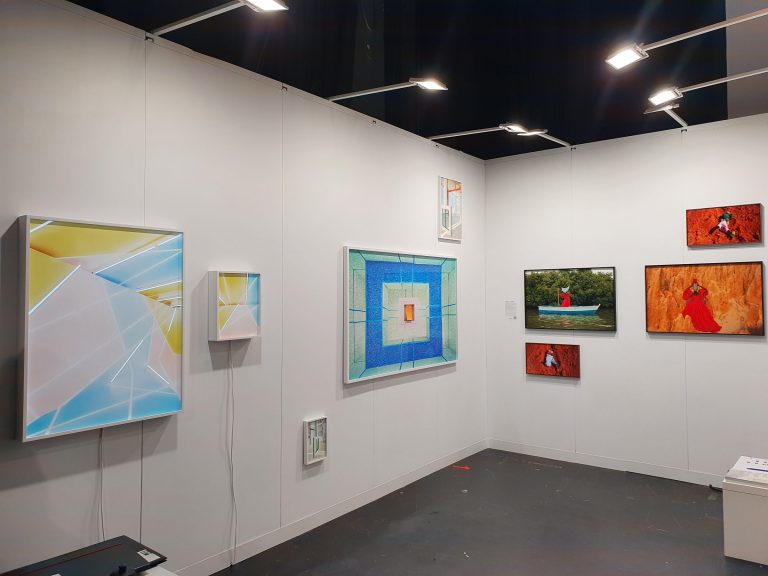 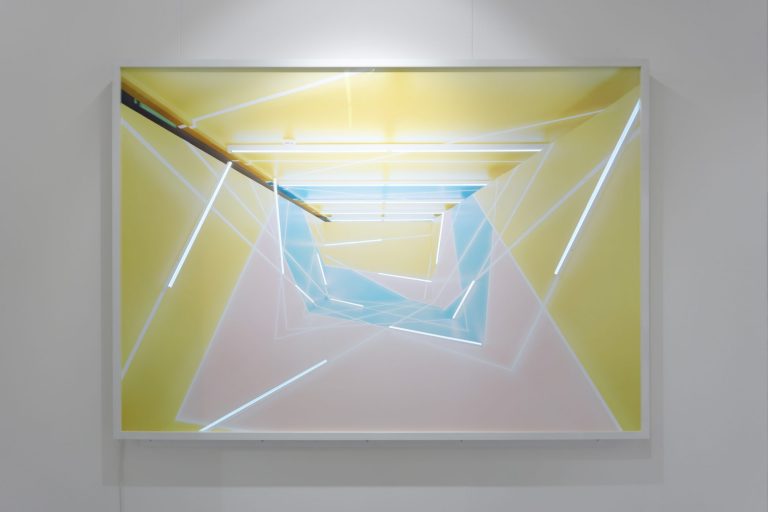 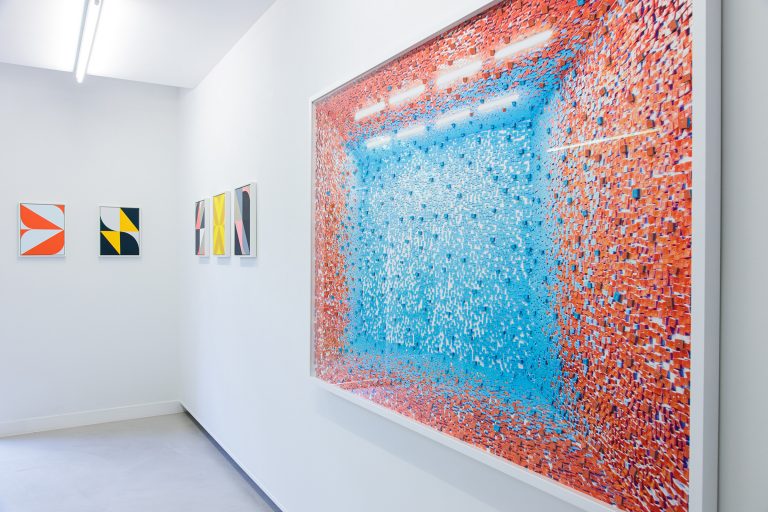 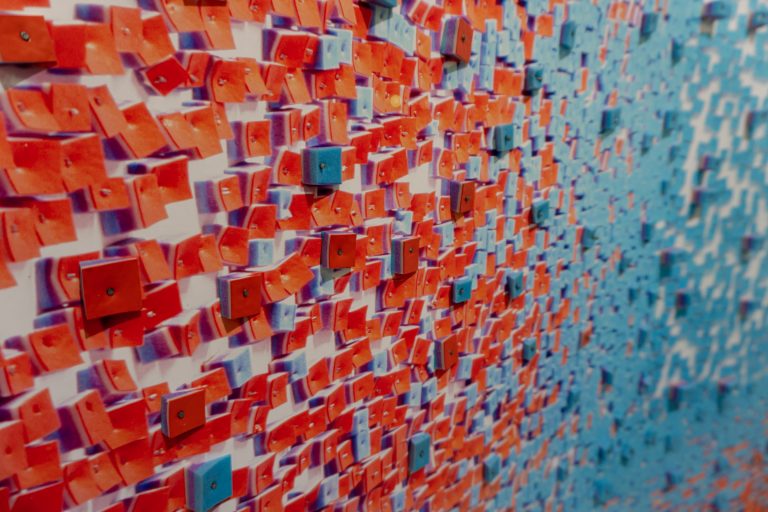 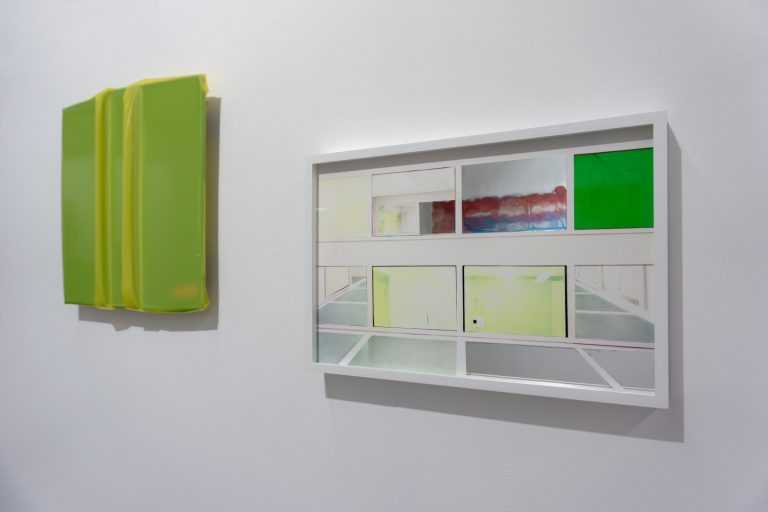 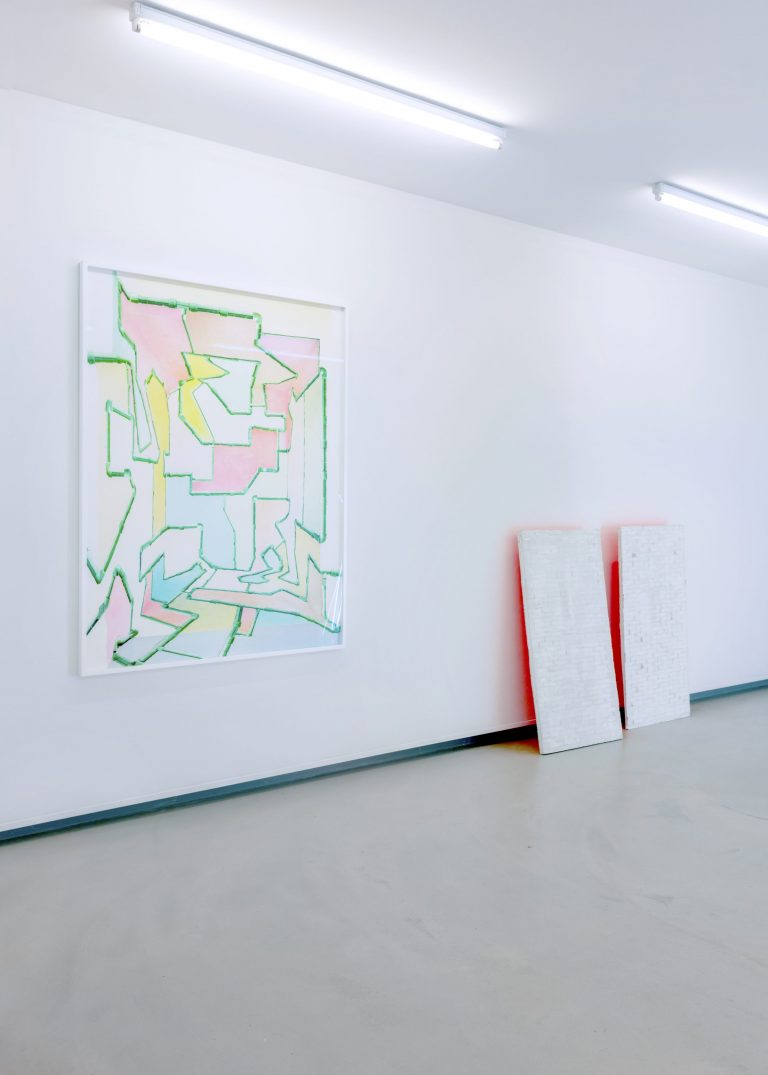 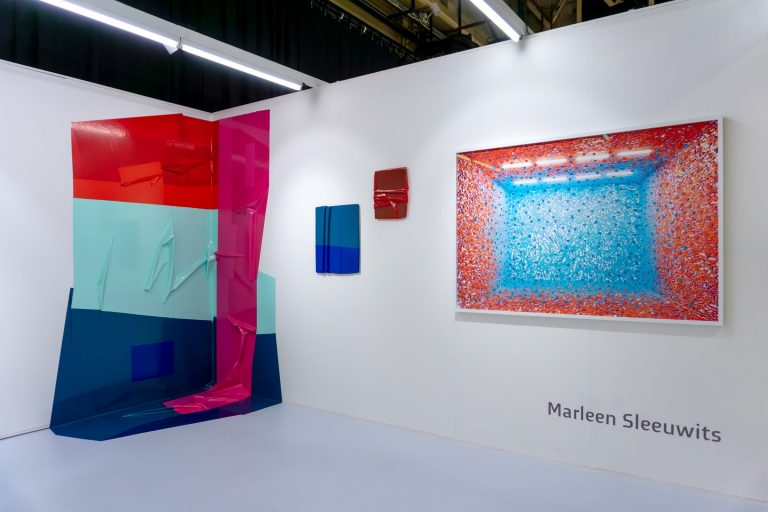 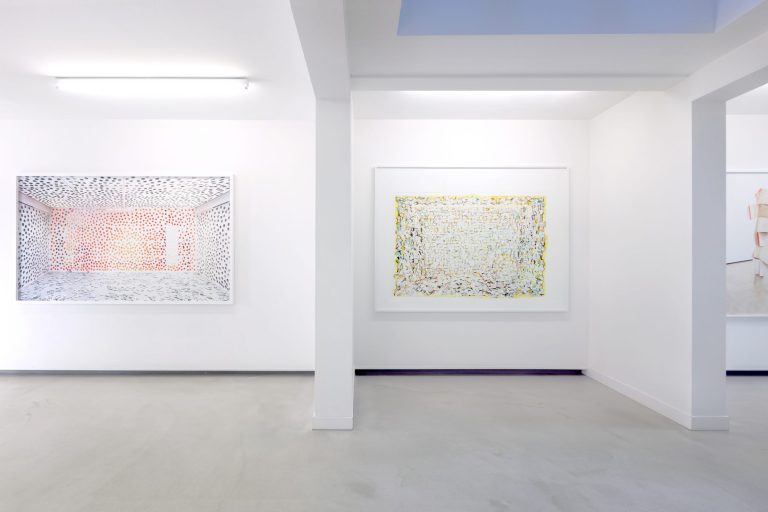 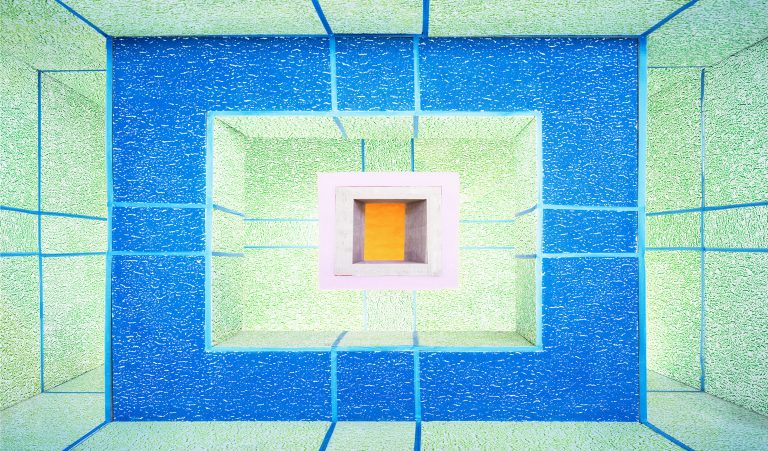 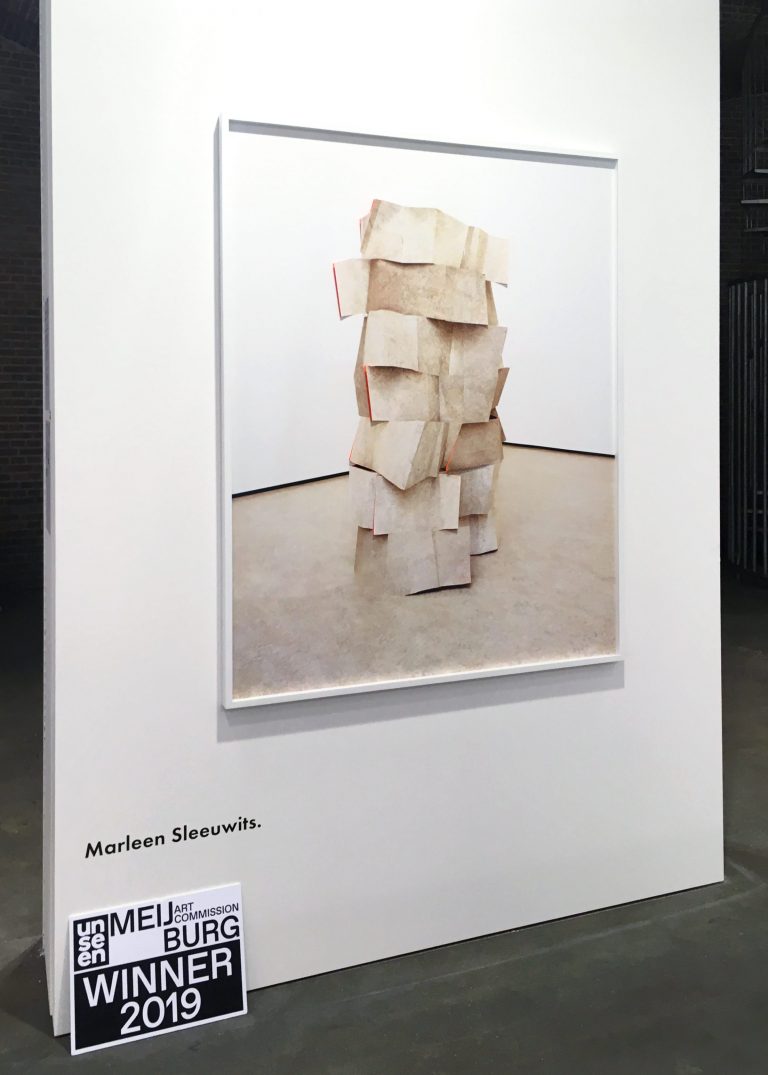 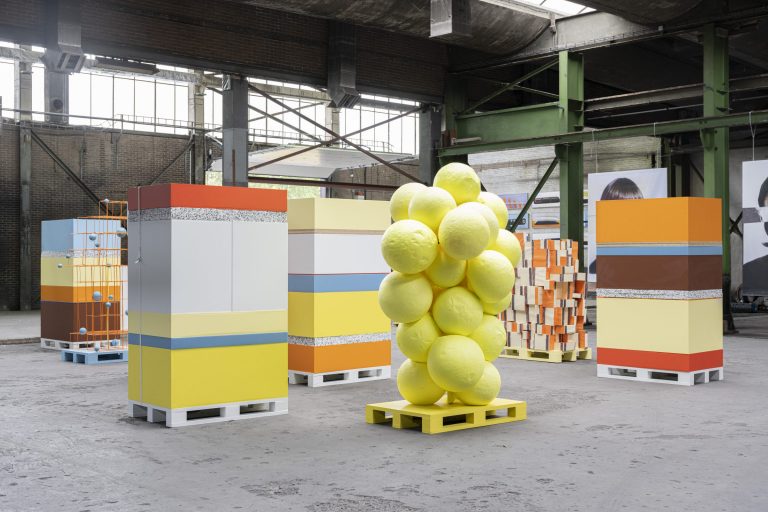 Multidisciplinary artist Marleen Sleeuwits has a special eye for the alienating quality of seemingly nondescript, every-day-use spaces. Central to her work is the investigation of impersonal environments — places that could be anywhere and nowhere — such as vacant zones in airports, unoccupied corridors of hotels, and empty rooms in office buildings. Gradually, Marleen’s art practice developed from the gesture of photographing these areas, into the act of intervention.

‘In my work, I adjust the places I encounter. It started by making small changes in interiors, but they have become more and more extreme.’ She adds layers to spaces like office buildings or strips them in order to discover what surprises are hidden behind a wall or ceiling. In her current practice, Marleen Sleeuwits increasingly reuses the inherent characteristics of a location. By doing so, she questions notions of affordances, material, design, usability, and, most importantly, recognisability.

By scanning the artist’s work, looking for clues, you think you are getting a hold of the image – only to once again become completely lost in dizzying, repetitive inversions. Her art twists the visual element of reality, plays with scale, and creates optical illusions. Moreover, through her emergence from behind the camera into the field of practice, she alternatingly challenges the role of photographer, sculptor, architect, or painter.

Multidisciplinary photographer Marleen Sleeuwits, born in 1980 in Enschede, currently lives and works in The Hague. In 2001 she graduated from the Royal Academy of the Arts with a BA in photography, whereafter she obtained her MA in the same discipline at AKV|St. Joost in 2005.

Marleen Sleeuwits has a keen eye for the disconcerting quality of seemingly mundane, everyday spaces. Marleen’s artistic practice gradually evolved from photographing these spaces to intervening with them. She frequently reuses location-specificmaterials-such as panels from dropped ceilings, carpet tiles, fluorescent lighting tubes and glasswool-in her installations. She plays with perspectives, optical illusions and scale. In recent works,she has increasingly blurred the line between the 2D photo and spatial art, with the result of callinginto question the visual aspect of reality.

Marleen’s oeuvre has been acknowledged through several awards, stipends, and nominations, such as the Meijburg Art Commission and Foam Talent, which Marleen both has won, a Prix the Rome nomination, and several grants by Mondriaan Fonds. Also, art collections of Museum Boijmans van Beuningen, AkzoNobel, KPMG, Museum Het Valkhof, the Dutch Ministry of Foreign Affairs, and various private collections contain works by Sleeuwits.

Going Round and Round no. 1

Going Round and Round no. 2